‘Doctor Strange in the Multiverse of Madness’ gets official poster BIZARRO; Check out!

Yes, so far,’Doctor Strange in the Multiverse of Madness‘ had provided us with amazing trailers, exciting images and posters that left fans wanting to hang in the middle of the room. Especially if we compare with the other posters of the studio, known for delivering some generic and always similar materials.

However, in addition to the official posters released by Marvelthere are the officially licensed special posters that usually use concept art that are either surprising because they are better than the studio’s, or are so bizarre that they cause embarrassment.

Exactly what happened to the new poster for ‘Doctor Strange 2‘, which puts various concept art together on one poster, which is then licensed and sold on Amazon. 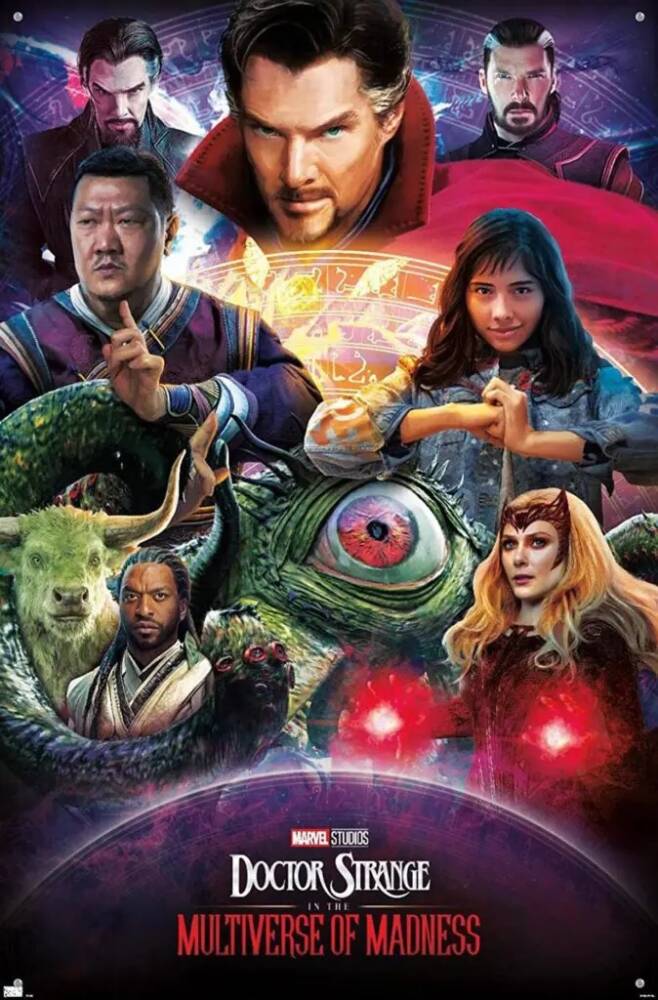 In the poster we see the Doctor Strange and its other variants. The Sorceress also appears Scarlet, Mordo, Wong, America Chavez, Rintrah e Gorges/Shuma-Goraththat is, the central characters.

And you, what do you think of the new poster?

O insider KC Walsh also shared on Twitter a rumor pointing out that the narrative will have several deaths.

“‘Doctor Strange in the Multiverse of Madness’ will have an impressive kill count – and will use their variants for the greater good. I love what I’m hearing”He wrote.

#DoctorStrangeInTheMultiverseOfMadness will have an impressive body count and will use its variants to great affect, love what I’m hearing pic.twitter.com/kgw14s0vrq

Nicolas Cage REFUSES to watch ‘The Weight of Talent’; The actor explains why…

Nicolas Cage REFUSES to watch 'The Weight of Talent'; The actor explains why…

IT’S OFFICIAL! ‘Community’ is getting a movie at Peacock