The BEST movies from Kevin Williamson, the creator of ‘Scream’ who revived the Horror in the 90’s!

During the early 1990s, the horror genre had gone into decline, following the success of so-called horror films. slasher of the 1980s, like franchises like ‘Halloween’, ‘Friday 13’ e ‘The nightmare time‘, and there was no more appeal within the industry. Action and adventure films dominated the market, if not, talented filmmakers like Quentin Tarantino, Paul Thomas Anderson e Steven Soderbergh emerged with titles that won over all cinephiles around the world, see incredible works such as ‘Pulp Fiction’, ‘Boogie Nights’ e ‘Sex, Lies and Video Cards’.

We also had many thrillers sensational in the 90s, with David Fincher topping the list for his masterpiece ‘Seven‘, or in great examples like ‘The suspects‘, ‘The Fugitive‘ e ‘Los Angeles – Forbidden City‘. And we cannot forget to mention the famous comedies that dominated a large part of the market, see the success of ‘American Pie‘ and the hits of Jim Carrey ‘Debi & Lóide’, ‘O Máskara’, ‘Me, Myself and Irene’, ‘The liar‘ and so many other delights of that time.

That is, even in a more niche scenario, it was difficult for the horror genre to penetrate any of these barriers. That’s when a young Yankee actor emerged, with somewhat daring and risky ideas within the style, who unintentionally shaped the side of horror in that decade. Yea, Kevin Williamson started his career as an actor, doing some TV series and even the movies Roger Cormanthose low-budget productions that enchanted for their creativity and eschatology. 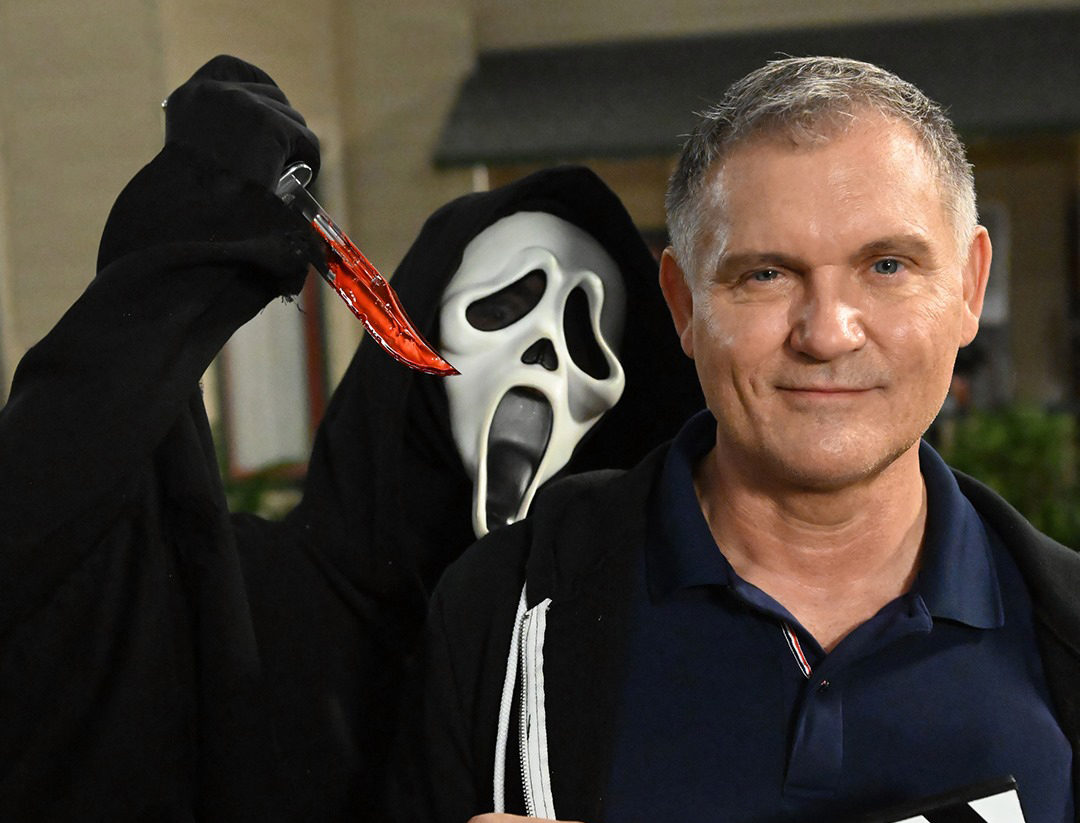 Inspired by an episode of Turning Point magazine about the Florida serial killer Danny Rolling who preyed on college students, Williamson wrote the screenplay for a horror film called at the time ‘Scary Movie‘. The film had as a reference precisely the films slasherbut at the same time I was joking and kind of making a metalanguage of the style.

The script was so good that Miramax bought it for $400,000 and released it on a new Dimension Films imprint in 1995. Wes Cravena master of the genre, already known for several horror classics and for creating the ‘The nightmare time‘ was chosen as director, with the title being changed to ‘Scream‘, which here in Brazil was called ‘Panic‘.

The film turned out to be a critical and box office success, grossing about $173 million and giving rise to new sequels and other works of the style. Like his ownI Know What You Did Last Summer‘, another script by Kevin Williamson himself. By the way, the director became something of an expert when it came to working on teenage conflicts, so he also scored another hit, this time on TV, with ‘Dawson’s Creek’.

Anyway, the man really became a reference, and as this week was his birthday, we prepared a special list citing all his great works. Those that, in one way or another, ended up marking the 90’s and are still references for several directors who venture into the field. How do you know, ‘Panic‘ it’s kind of a mark of CinePOPmuch because our readers love the franchise, so it’s always good to talk about this delicious cineseries and the works of its creator. 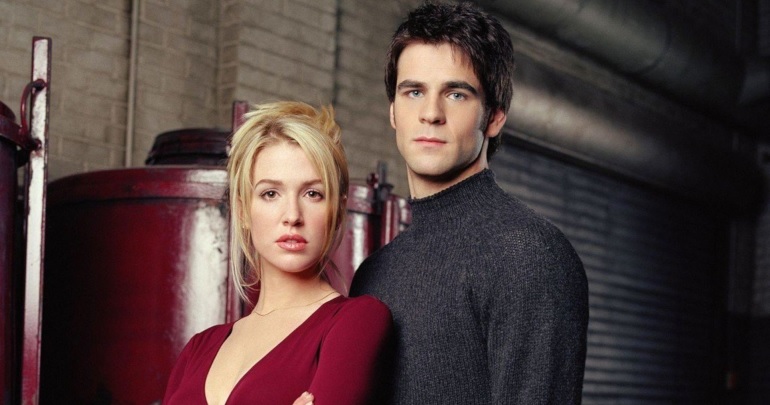 In 2001, Williamson created ‘Glory Days‘ as a surrogate series in mid-season from Warner. The show follows a novelist who returns to his hometown, a coastal community in Washington state, where a number of strange cases are happening, the work being much compared to ‘Twin Peaks‘. The series was canceled after the first season. 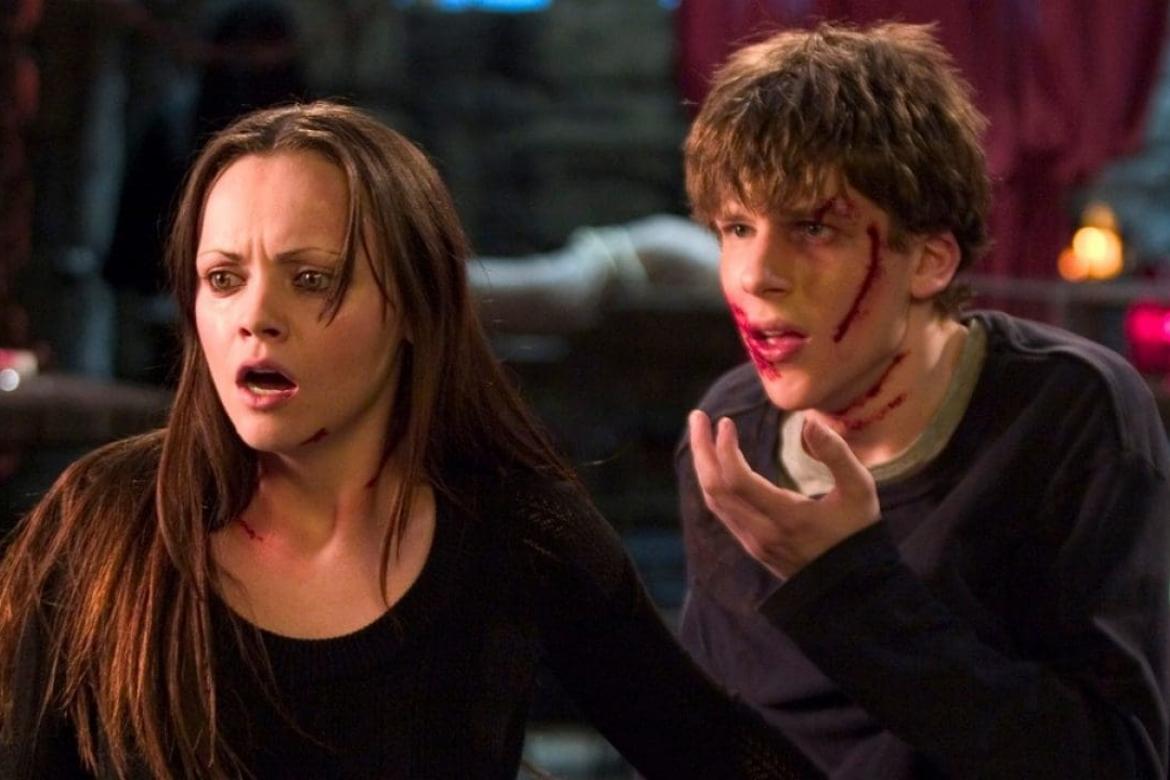 Kevin Williamson joined the master Wes Cravenonce again, in ‘cursed‘, after the first botched filming of Craven, where he had to rewrite the design. Then they changed the entire cast and turned the thing into something new, being finally released in 2005, starring Christina Ricci, Jesse Eisenberg, Joshua Jackson e Shannon Elizabeth. Due to the many changes, production delays, and the low marketing budget for the reshoots, the film was not successful at the box office. 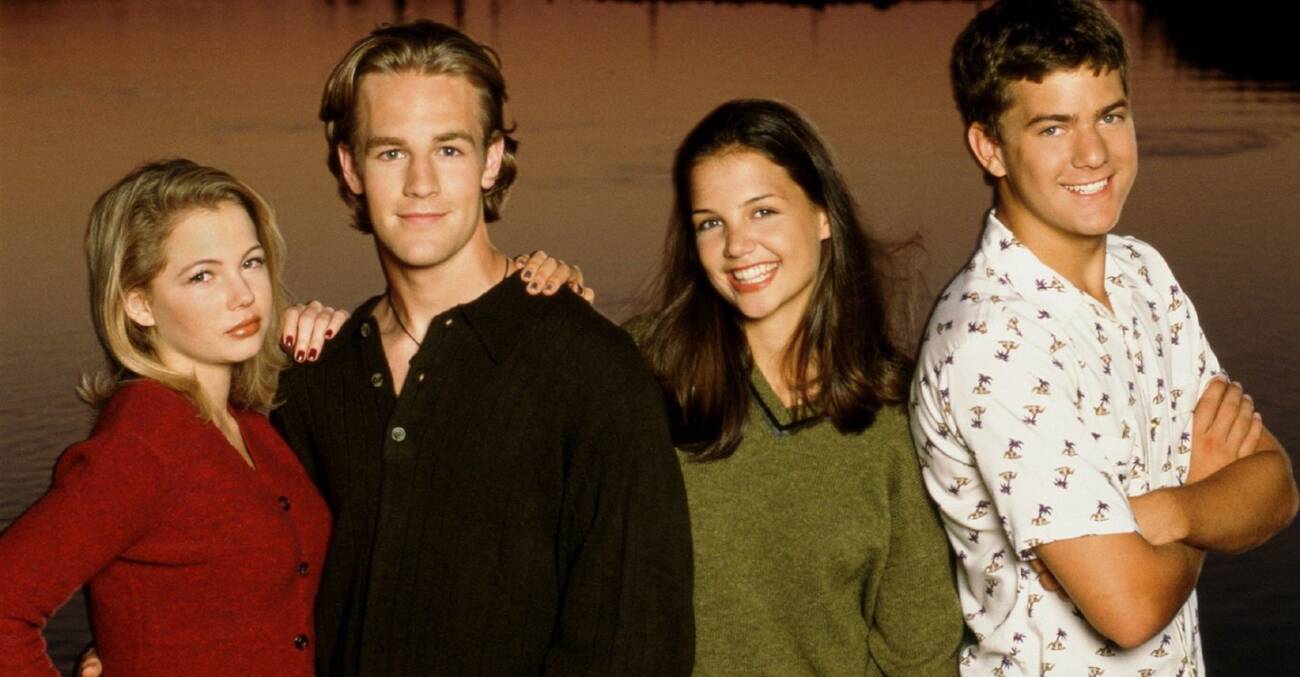 Paul Stupinan executive at Columbia TriStar Television, read the script for ‘Panic‘ and became convinced that Williamson was the right man to create a television series for his company. The result was ‘Dawson’s Creek‘, a semi-autobiographical tale set in a small coastal community. Kevin was the basis of the title character, Dawson Leery (James Van Der Beek), a hopeless romantic who is obsessed with movies – especially those made by Steven Spielberg. Joey Potter (Katie Holmes), the platonic love next door, was based on a real-life friend of the screenwriter when he was still young. 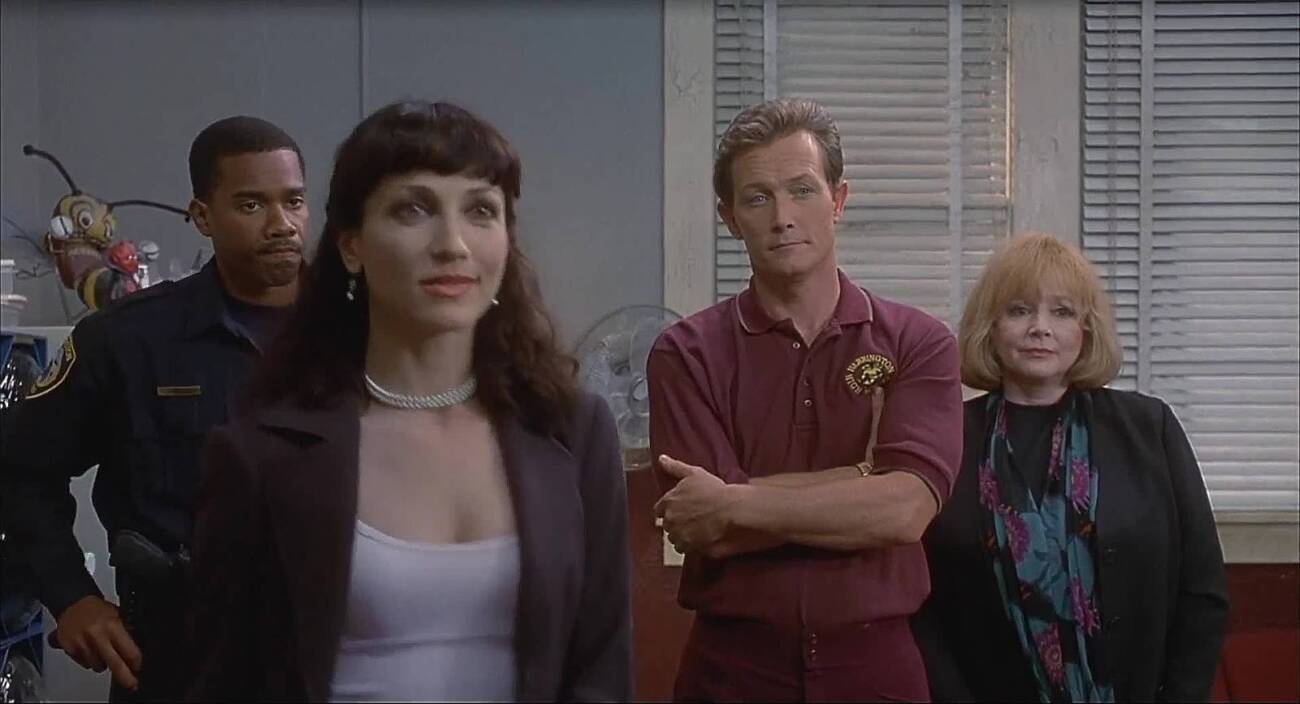 In 1990, David Wechter e Bruce Kimmel wrote the first draft of the Final Exam script and sent it to the producers, who were not interested in the text. It was only after the success of ‘Panic‘ that Miramax bought the script and decided to rework everything. Bob e Harvey Weinstein they brought Kevin Williamson to rewrite the text, where the screenwriter kept the central story but rewrote all the dialogue and added new characters to make it cooler. Originally, Williamson was slated to direct the film as well, but chose not to do so in order to helm his ‘fatal temptation‘. The Weinsteins then brought Robert Rodriguez (‘A drink in hell‘) to command the feature. 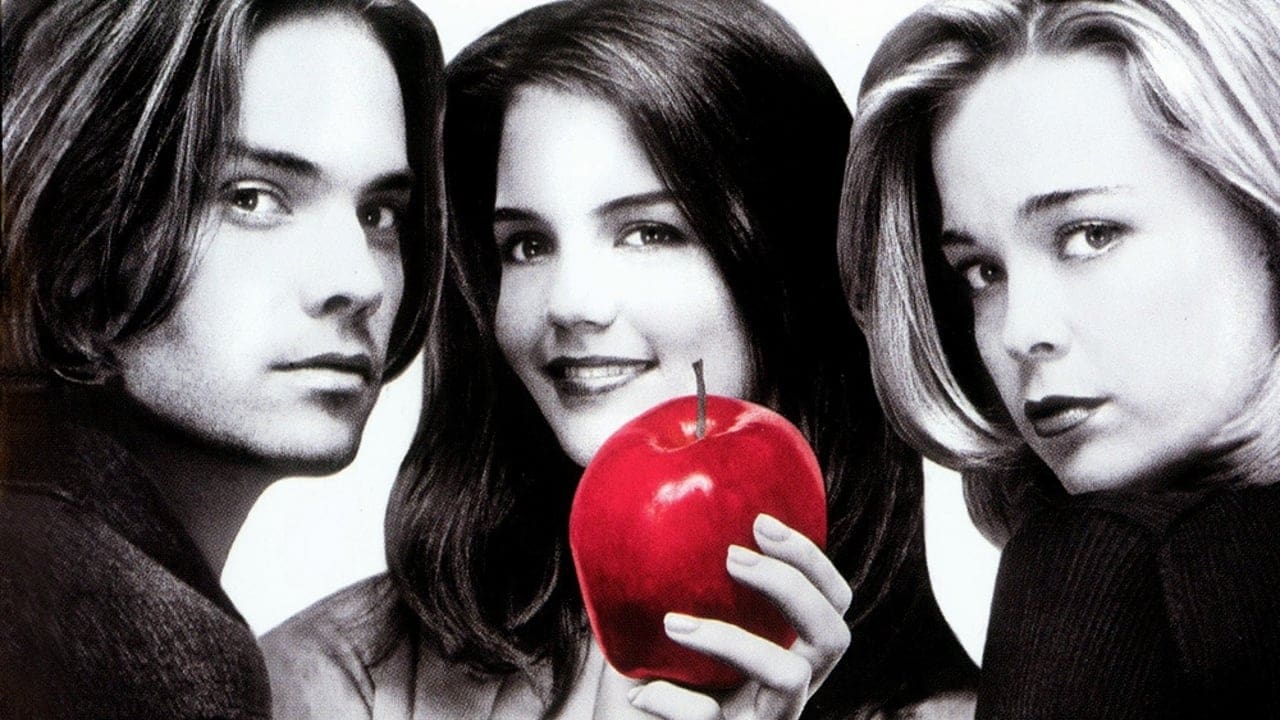 Williamson also dropped out of writing the screenplay for ‘panic 3‘ to focus and direct precisely what would be his first work as a filmmaker, entitled ‘Fatal Temptation‘, being inspired by the novel by Lois Duncan‘Killing Mr. Griffin‘. starring Katie Holmes, Barry Watson e Helen Mirren‘Teaching Mrs. Tingle‘ (in the original, as it was renamed after the Columbine massacre) follows a group of students who take revenge on their strange teacher. Unfortunately, perhaps because of the repercussions of the Columbine case, the film was not successful with the public and was not well received by critics.

OBS: It is always important to remember and highlight some events from that era of ‘panic 3‘, like the infamous fight between Kevin Williamson and the brothers Weinstein. At the time, in addition to all the confusion regarding production and other artistic decisions, Williamson was against the position followed by Harvey Weinstein, from choosing and preparing the cast to what could and could not be in. Still, the third chapter of ‘Panic‘ not only brought some stings to the Hollywood industry, but also tried to expose what was going on behind the scenes involving the Weinsteins.

In one of the scenes that stayed in the final cut, Sidney Prescott (Neve Campbell) discovers that her mother tried out to be an actress in Los Angeles and was raped by several studio executives. Maureen moved to Hollywood and appeared in three films for Sunrise Studios (seria a The Weinstein Company?), under the stage name “Rina Reynolds“. The films were produced by the horror icon John Milton (Harvey Weinstein?). During one of her parties, she was raped by Milton and your friends. The rape affected Maureen for the rest of her life, and she left Hollywood. That is, it is at least curious that all this is in the film after all the conflict involving Williamson and the Weinstein. In fact, we did an article detailing every case, you can check it out at the link below.

‘Scream 3’ denounced sexual abuse in Hollywood… and almost no one noticed! 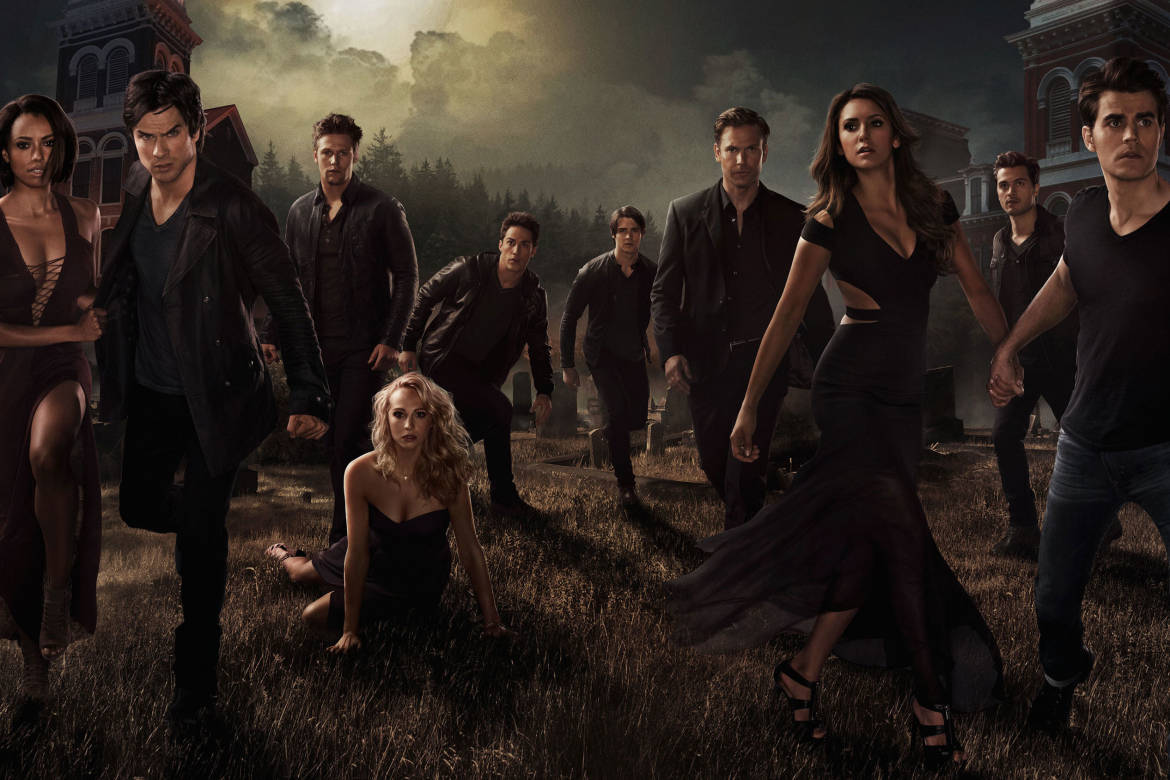 Kevin Williamson developed a new TV series for The CW called ‘The Vampire Diaries‘, which was adapted from a novel of the same name by LJ Smith. The series follows the life of Elena Gilbert (Nina Dobrev), who falls in love with vampire Stefan Salvatore (Paul Wesley), and soon finds herself caught in a love triangle between Stefan and his older brother Damon (Ian Somerhalder). The series also focuses on the lives of Elena’s friends and other inhabitants of the fictional town of Mystic Falls, Virginia. ‘The Vampire Diaries‘ premiered on September 10, 2009 and became a national and international hit. 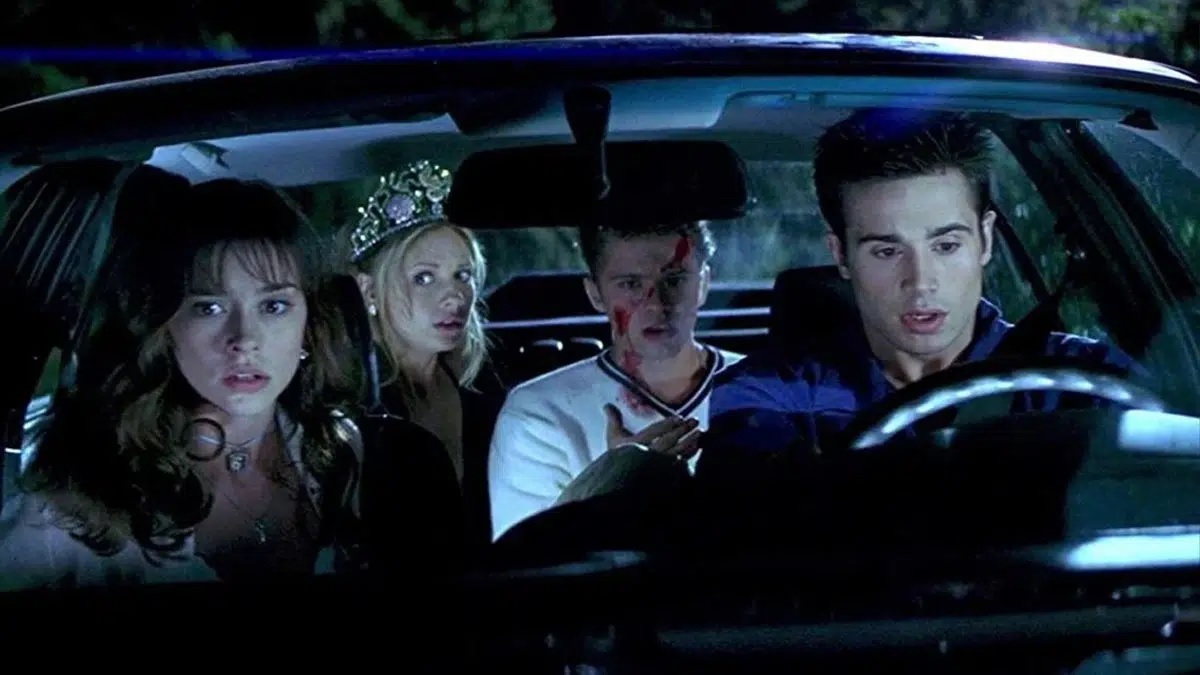 In 1997, Kevin Williamson he wrote ‘I know what you did last summer‘, a film based on a novel of the same name by Lois Duncan. The film centers on four high school friends who accidentally run over a man and throw his body away in order to get on with their lives without being arrested or reported. The plot revolves around the four friends and takes place a year after the accident, when they become victims of a stalker, in the style of Michael Myers. Despite receiving negative reviews, the film was a resounding success at the box office and jumpstarted the careers of actors such as Jennifer Love Hewitt, Freddie Prinze Jr., Sarah Michelle Gellar e Ryan Phillippealso generating two sequels. 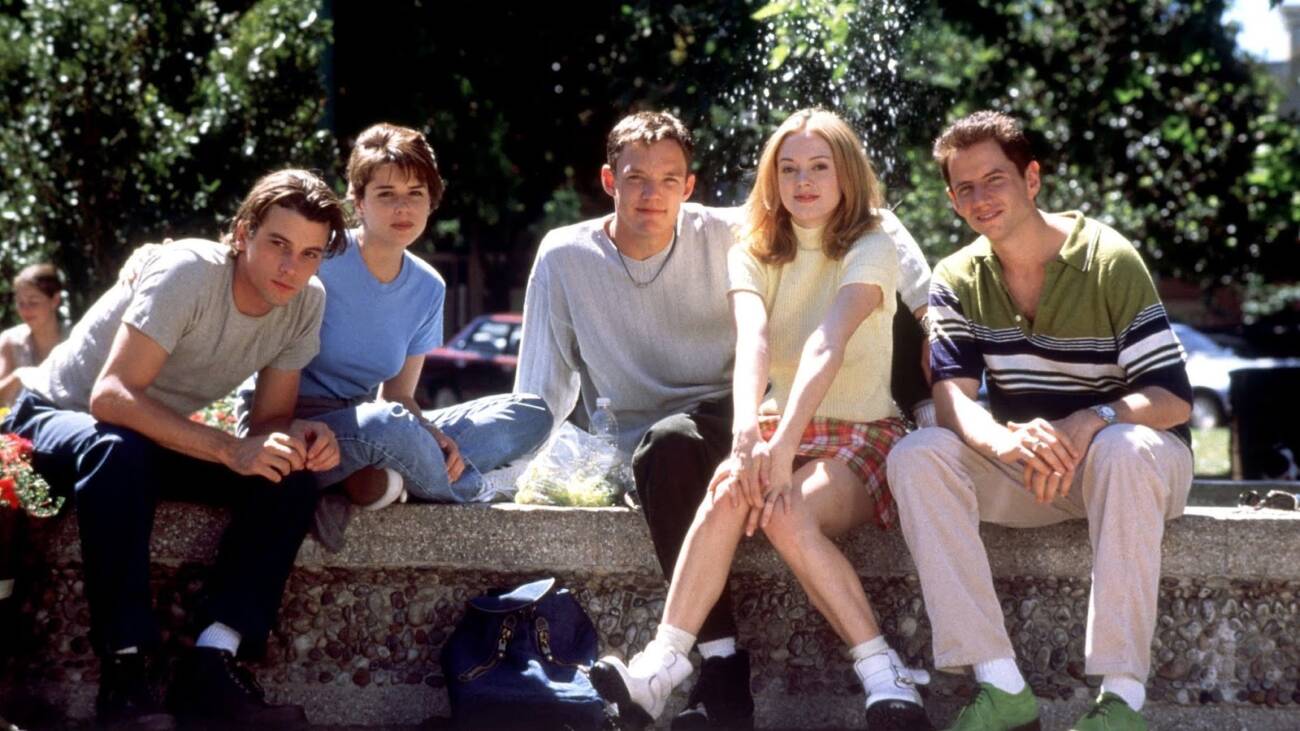 ‘Panic‘ is without a doubt a young horror movie classic. An extremely profitable franchise that has a legion of fans and is still more alive than ever decades later. It received numerous awards and nominations upon its release, including the Saturn Award for Best Actress for Neve CampbellBest Roadmap for Kevin Williamson and Best Horror Film; received Saturn nominations for Best Director and Best Supporting Actor. Wes Craven was awarded the Grand Prize at the Gérardmer Film Festival. The film was awarded Best Picture of 1997 by the MTV Movie Awards, while Campbell received a nomination for Best Female Performance. Simply unforgettable!

After CONTROVERSY, 'How to Become the Worst Student at School' becomes the 4th most watched movie on Netflix

After re-release in theaters, ‘Morbius’ FAILS again at the box office