In just two weeks on display, ‘Batman‘ already reached US$ 505.8 million at the worldwide box office.

According to the Forbes, the adaptation directed by Matt Reeves earned US$ 258.3 million only in the USA, added to the US$ 247.5 million around the world.

The brand makes the title the highest grossing global Warner Bros in the pandemic era, overtaking ‘Godzilla vs. Kong‘, which recorded $468 million at the beginning of last year.

Remembering that the adaptation will be released in China tomorrow (18), which should increase the amount even more in the coming weeks.

With the success, it is clear that a sequel is already in development at Warnere Reeves confirmed that he has already had talks to return to directing.

“I truly believe in what we did and would be excited to tell more stories… with Colin [Farrell]which is going to be super cool”shared Reeves to the The Independent. “And we’re working on other things too, but we’ve started talking about another movie.”

Despite the excitement, the sequel should take a while.

“I think the first thing I’m going to do is take a really long nap, my idea since I started making the movie is that I would never treat this as some sort of ‘chapter 1’. Because chapter 1 takes over and depends on there being more chapters. So I wanted to make this movie a satisfying experience so people could experience a new version of a character that the world has loved for over 80 years.

I think if we succeed in this one, I know I have a lot of stories that I want to tell and then we will finally do chapter 2, but with the certainty that we had a complete experience in this one. Let’s see what happens, see the audience watch and react. I hope they connect with the movie, and if that happens, yeah, I won’t be taking naps like the one I talked about for quite a while.”

Reevesadmitted during a recent press event that he would be open to a reinterpretation of the Mr. Freeze more elaborate, according to your vision.

“I feel drawn to the idea when I find the grounded version of everything. So for me it would be an interesting challenge to try to figure out how that could happen, even the idea of ​​something like Mister Cold, which is such a good story… I think there actually is a grounded version of that story, which can be very powerful.”Reeve declared.

This does not mean that we should expect the Mr. Cold appear in the sequel, but speculation and rumors will start pointing in that direction soon after ‘The Batman‘ hit theaters, especially when every frame of the film is analyzed. 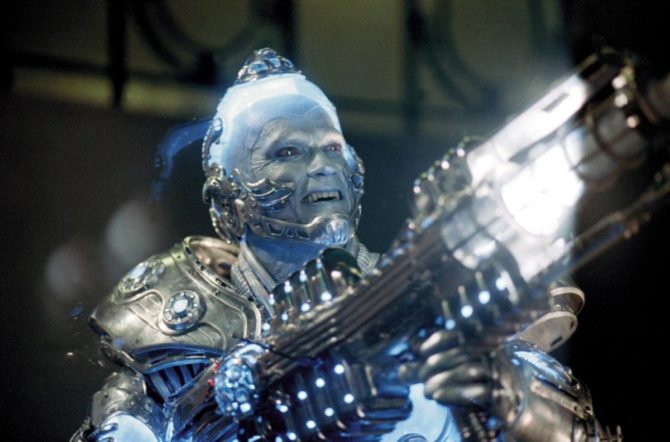 ‘Doctor Strange 2’: Nicolas Cage comments on rumors about the RETURN of the Ghost Rider

'Doctor Strange 2': Nicolas Cage comments on rumors about the RETURN of the Ghost Rider

‘Halloween Ends’ will be GR for ‘extreme violence and bloody scenes’