Back! After being accused of censorship, Disney backs off and KEEPS gay kiss in ‘Lightyear’

The next animation of Pixar‘Lightyear‘, promises to be a very important film for the representation of the LGBTQIA+ community, both for the studio’s films and for animation in general.

This movement is due to the fact that a very important female character, voiced by Uzo Aduba (‘Orange is the New Black’), live a relationship with another woman in the long that will show the story that gave rise to the creation of the doll Buzz Lightyear from ‘Toy Story‘.

According to information provided by Varietyalthough this relationship was never questioned by the studio, specifically a kiss between the characters had been cut from the final version of the film, however the studio reversed the decision.

This happened after the controversial communiqué of the employees of the Pixar who spoke of stories with diverse characters who were “reduced to crumbs of what they were before”; being then the kiss of ‘Lightyear‘ reinstated to the film after the complaint. 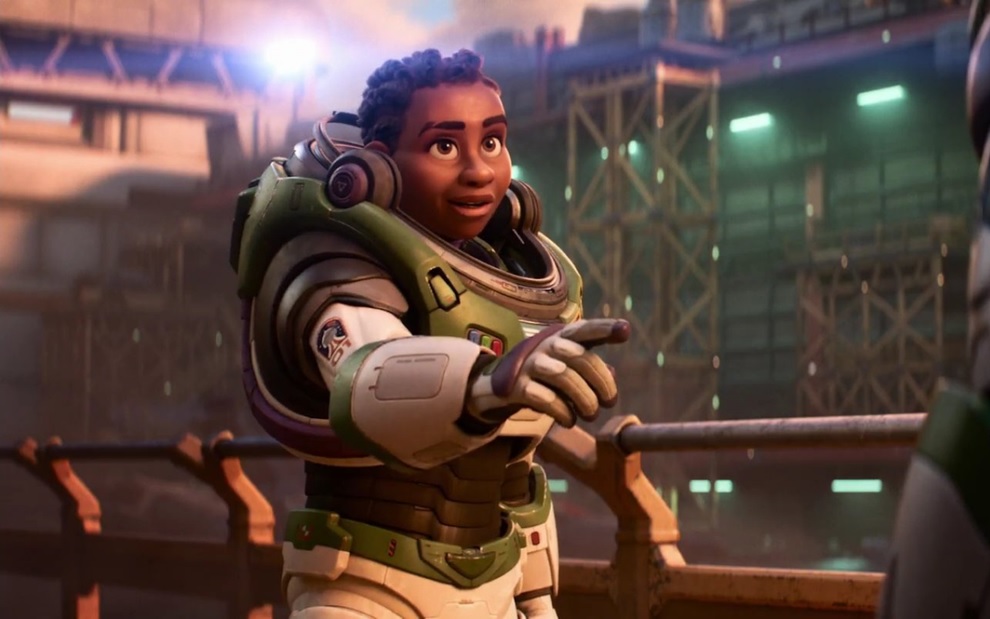 Recalling that, after a statement attributed to LGBTQIA+ people working in Pixarexclusively obtained by the Variety through employees of the animation area, it was alleged that the executives of Disney demanded that they cut out almost all overtly homosexual affectionate moments in their films. This from both the creative teams and the leadership of the company itself. Pixar.

The shocking information is part of a broad backlash regarding the memo sent to all Disney employees by the CEO. Bob Chapekthis Monday (08), regarding its response to legislation recently passed in Florida known as the Note “Don’t Talk Gay”. In the memo, Chapek states that the “greater impact” that the company can cause “in creating a more inclusive world, it is precisely through the inspiring content that we already produce”.

According to Pixar’s letter, this statement runs counter to the employees’ entire experience of making content filled with affection and respect for the same sex, something that Disney executives would have approved of earlier.

“We at Pixar have personally witnessed beautiful stories, filled with diverse characters, come back from Disney’s corporate overhauls reduced to crumbs of what they once were.”states the letter. “If the creation of LGBTQIA+ content is the answer to correcting the current discriminatory legislation in this world, at the very least, we are being prevented from doing anything related to the topic”.

To date, Pixar has created very few LGBTQIA+ characters in its animated features, with the most striking passage appearing in the film ‘Two Brothers: A Fantastic Journey‘ which features a Cyclops policewoman named Specter, voiced by Lena Waithe. The character’s sexuality is only subtly acknowledged when she says: “It’s not easy being a father again, my girlfriend’s daughter made me pull out my hair, you know?”

In the same year, the Pixar released a short film, ‘Magic Secrets‘, a short that was released on Disney Plus, about a gay man who struggles to come out in front of his parents. ‘Luca‘ was another film that touched on this theme a little lighter, but representing very well how society reacts to what is different.

The latest animation from Pixar‘Red: Growing up is a Beast‘, which debuts on Disney Plus on March 11, it will also touch on sensitive topics such as the discovery of sexuality in adolescence.

‘The Empress’: Historical Romance is now available on Netflix!