Kaguya Sama – Love is War (Love and war). By the subtitle, for those who don’t know the production, you can imagine that the anime approaches a purely romance story, with all the possible clichés of the genre. After all, if the famous Shonen usually always follow a formula – which, by the way, usually works – Japanese works that approach romance also establish a certain line. Although, Kaguya Sama goes further and, with an incredible production, manages to dose a great comic tone to the story of the two main characters. A big breather in the genre.

The anime that addresses the story of Kaguya Shimomiya was released in the year 2020 and since then has conquered many fans and caught the public’s attention. otaku, being, for example, nominated in several categories of the Crunchyroll Anime Awards in the last two years, including winning the Best Comedy Award. This makes it clear that, despite its name, the Comedy is strongly aligned with the work, which is a relief for those who dislike the Romance, which, yes, is also present in the story.

General presentation made and then the question enters: After all, why Kaguya Sama is so good? Several elements can be cited, including:

– The War of Love between the main characters

Kaguya Shimomiya and Miyuki Shirogane are two references of academic excellence and have a mutual passion. However, both do not want to assume this feeling and do everything possible for the other to confess their love. This relationship is the guiding thread of the story and the attitude of the characters generates fun situations, with intelligent plans (some not so much) and a relationship building that generates good entertainment for the public.

Plans involve mundane and everyday situations, making it easy to get involved and relate to them. This side of the anime has strength mainly in the first season and makes the work as a kind of Death Note, with one trying to extract the confession from the other. Of course, in a much lighter and more comical way. 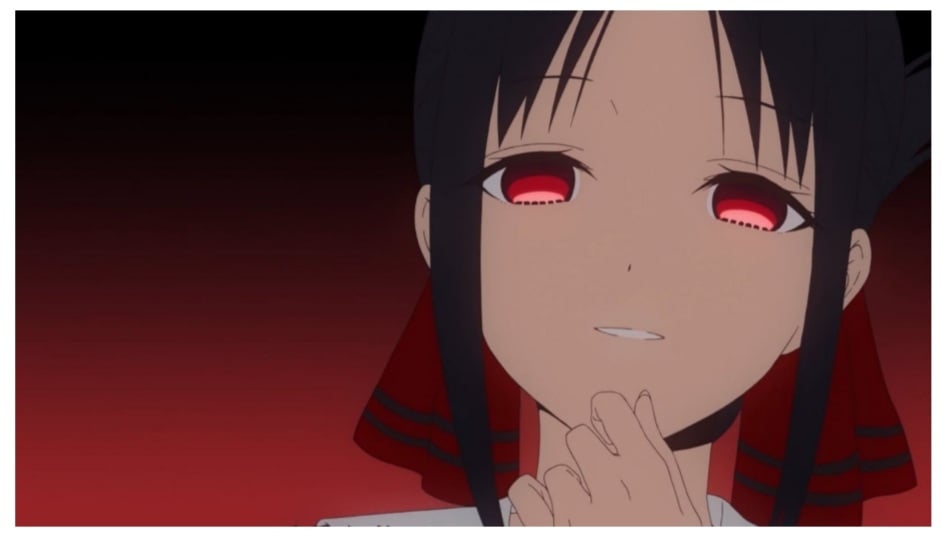 The plans mentioned in the previous point are very well executed in the audiovisual because the production of the anime gives a special affection to the way in which it is transmitted to the public. The “serious” and “dramatic” tone at the time of planning gives a very tasteful sarcastic tone to the episodes.

Furthermore, the anime Kaguya Sama It is visually very beautiful, with different color tone changes according to the situation. As an example, blue being predominant in colder and more rational moments, while red is more evident in scenes where love prevails and the two parties can’t hold back. Not to mention perspective games created for different situations. 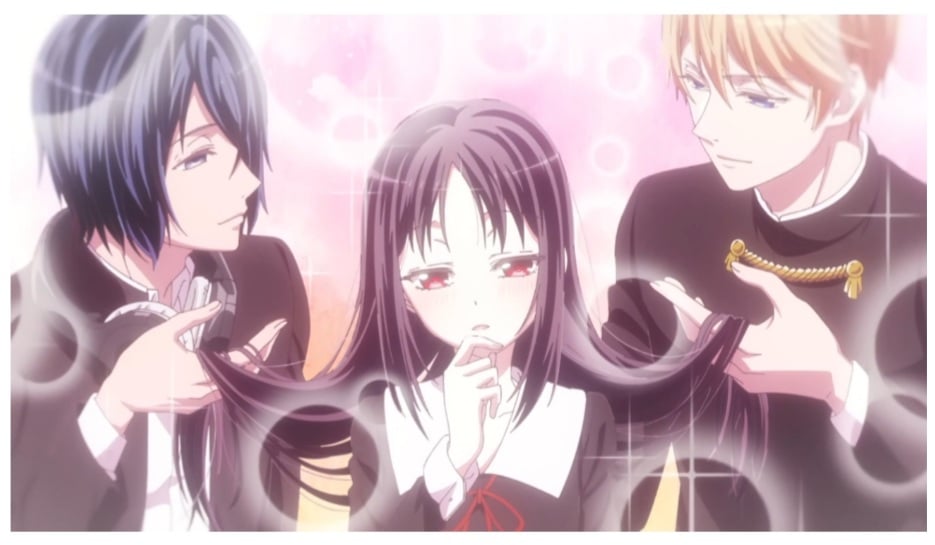 Still in the field of production, the anime is admittedly cheesy at times, dictating a fun tone of debauchery. The romantic soundtrack is good and admittedly exaggerated, bringing an excellent harmony between Comedy and Romance.

Concerning breguice and sarcasm, the work itself at various times pretends to be the classic Romance stories and inserts a tone of debauchery, making it clear that this is a different plot from the others. Here originality and the unusual prevail. It is an anime with open doors for different types of audience, even those who are more familiar with Shonen What One Piece, Naruto e Dragon Ballfor example.

the excellence of Kaguya Sama it is also related to the fact that the episodes are divided into mini-stories. They are not necessarily intertwined, but there is a clear thread running through the plot in general. This division is also good as there is not much fuss and does not cause fatigue. On the contrary, it gives a taste of “I want more” at the end of several situations.

The Romance moments, properly speaking, are very efficient and create a whole atmosphere in a natural way, without the intention of forcing the bar too much. The construction of the relationship between Kaguya and Shirogane is done in a natural way and makes the evolution of both easily noticeable throughout the episodes. The closeness of the two is evident and makes the anime have beautiful and captivating scenes amidst the humorous and sarcastic tone of the series.

Kaguya-Sama: Love is War has been awarded annually and it is no wonder. It’s an anime that can be easily followed even by those who don’t watch this type of work much. So far, there have been two seasons released and the third will begin airing in April this year.

THE NEW JOKER! DELETED SCENE from ‘Batman’ introduces the Clown Prince of Crime… and he’s scary!

THE NEW JOKER! DELETED SCENE from 'Batman' introduces the Clown Prince of Crime... and he's scary!

Crimes of the Future – Film

‘Doctor Strange 2’ will have a lot of deaths, says journalist