With the 2022 Oscars fast approaching – the ceremony will air on March 27 – moviegoers around the world are flocking to check out every movie nominated in every category. And you, have you seen it all? Considered the greatest award in world cinema, at this point it goes without saying that this is the greatest honor that any artist around the world could win in the field of cinema and entertainment. It is true that we can often not agree with the nominations and even the victories. Just like every year we always have the famous snubbed – who end up outside the party watching ships. But the truth is that there are almost 10,000 members of the Academy of Motion Picture Arts and Sciences and the nominees are chosen through a great consensus among the majority.

All this big intro talking about the Oscars just to introduce my new story that has, and at the same time, doesn’t have to do with this edition of the Oscars. Thinking about how many movie buffs have already done their homework correctly and watched all the nominated films of this edition, I decided to go further and indicate to you, our dear reader, some films that I consider unmissable starring the actors and actresses nominated for the Oscar 2022. observations: for the list I decided to select only recent films and that perhaps have passed by the majority. This time, in this second article I selected only the actresses, since the actors were previously published – which you can check in the link below. Check it out, search and enjoy.

Read too: The 2022 Oscar Nominated Actors Recent Movies You MUST Watch! 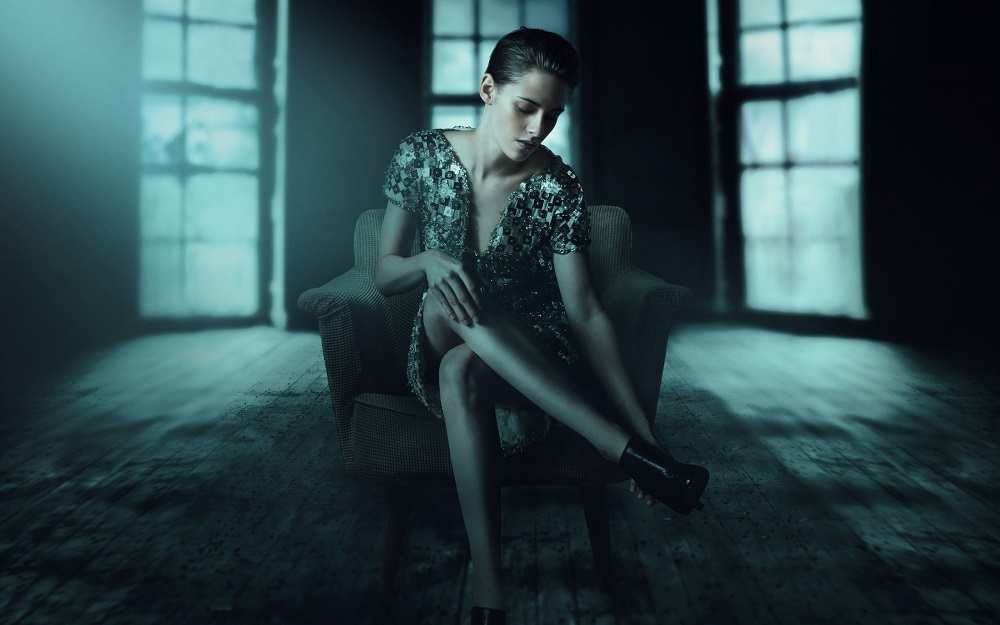 Yes, the actress Twilight is nominated for an Oscar! And with a real chance of leaving the night of the 27th with the statuette for best female performer at the Oscars, for the role of Princess Diana in the film Spencerfrom Chilean Paul Larrain. Anyone who closely follows the career of the young star or the world of world cinema already knows that Stewart is not a first-time sailor in the important awards of the seventh art, as she was the first American to receive the honor of a nomination followed by a victory at César, the French Oscar, for Above the clouds (2014). And my tip for a film of hers that maybe not everyone has seen (but needs) is precisely the second partnership with the same director, Olivier Assayas. However, while the first was a drama with touches of a thriller about the backstage of the world of cinema, this tip is a thriller with doses of supernatural terror. In the movie, Stewart plays a “personal shopper”, a kind of personal secretary to a rich and famous woman, who begins to connect with the afterlife. 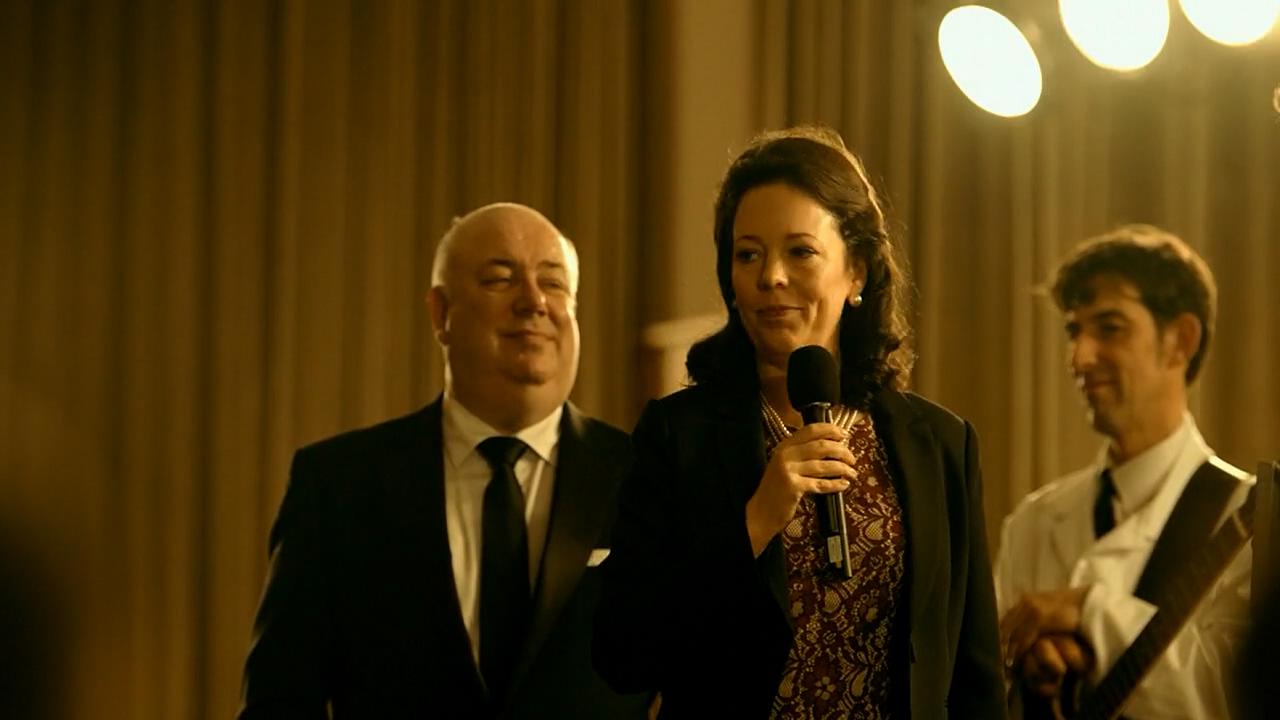 It is indisputable that the watershed in the career of the British Olivia Colman was to favoritein 2018, period drama that won her her Oscar for best actress. Colman on the other hand, she has been working in cinema for many decades, and has always been the supporting player, often with minor roles. This is the case with this tip I chose in your filmography. the lobster is a cult film by the same director as to favorite, which those who saw it do not forget. But I doubt anyone remembered Colman in the film, in the role of the hotel manager. The plot set in the future is about people who haven’t found a partner to share their lives – they are taken to a hotel as a last attempt to mate, and if they fail, they are turned into an animal of their choice. Crazy is little. This year, Colman is indicated again by the lost daughterand they say that it is who can disturb the night of Stewart. 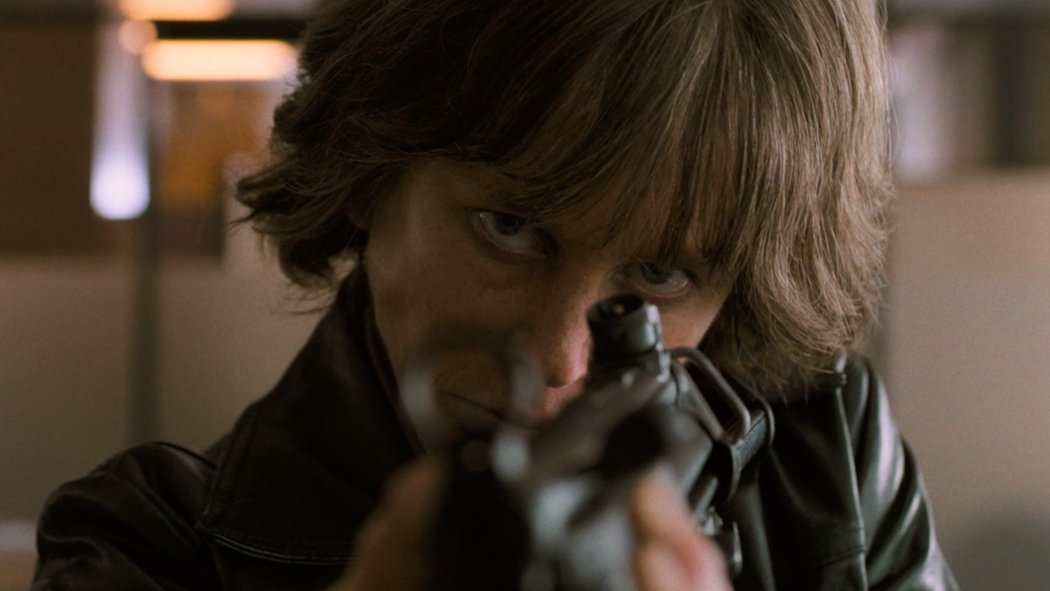 Biggest veteran in the leading actress category this year, Nicole Kidman collects his fifth nomination in filmography, in addition to having his own Oscar statuette decorating the fireplace (for The hours). This year Kidman was remembered again for giving life to one of the biggest female icons on American TV, the comedian Lucille Ballfrom the classic program I Love Lucy (1951). However, one of the strongest and most recent performances of Kidman was ignored by the voters of the Academy, and it is right in my tip. Its about The Weight of the Pastdirector’s police drama Karyn Kusama, which brings Kidman into an unusual role in her career: that of a tough policewoman, embittered and “destroyed” by drugs and alcohol – which refer directly to a past mission in which she had to remain undercover alongside her partner while they infiltrated a dangerous gang. Past and present come together in this great thriller that more people need to see! 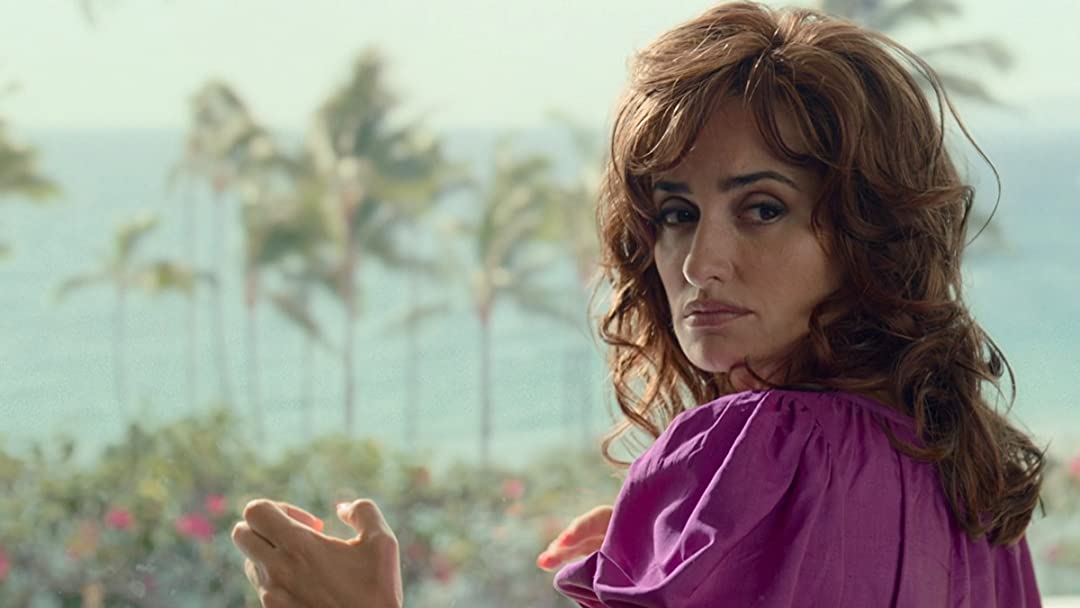 When I talked about the actress’s husband Penelope Cruzthe also actor Javier Bardemin my first article on tips from artists nominated for Oscar 2022, I chose everyone already knows, 2018 Spanish drama, to represent a good film by the actor. The fact is: I could recommend this film again, since Penelope Cruz is the true protagonist of the suspense, a mother desperate for the disappearance of her daughter. But not to be repetitive, I nominate the second best film not very well known by the actress in recent years – and that by coincidence again we have a double Cruz e Bardem. It’s about Escobar: The Betrayalfull plate for those interested in the series narcsfrom Netflix, and all the mythology surrounding Pablo Escobarprobably the biggest drug dealer of all time. Cruz lives Virginina Vallejo, a controversial journalist who got involved with the criminal, and was later persecuted by him. the spanish Cruz this year receives its fourth Oscar nomination, for parallel mothersnew drama from Pedro Almodovar – this is the second time the actress has been nominated for a film by the director, after Return (2007). Cruz also already has his Oscar at home – for Vicky Cristina Barcelona. 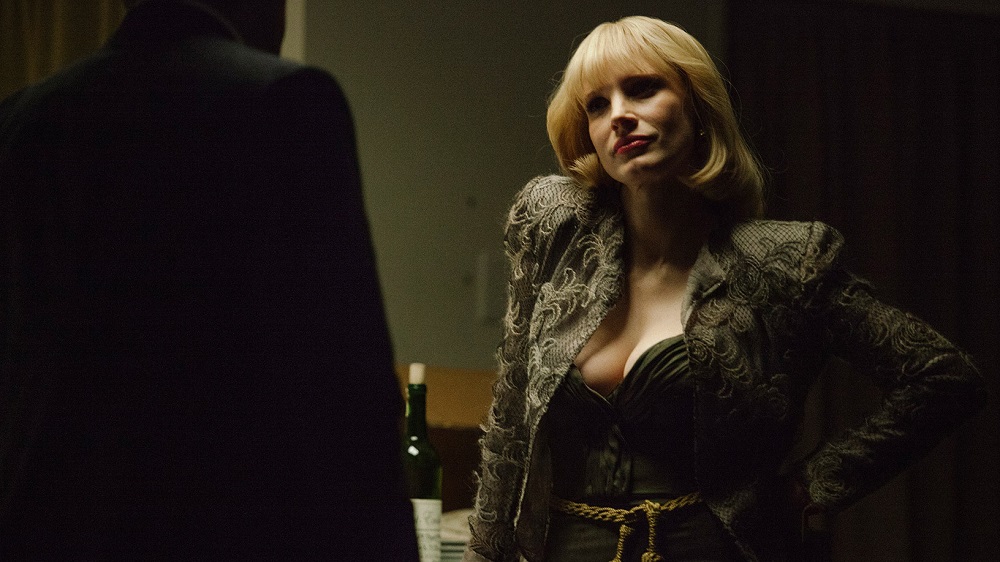 With a promising start in Hollywood, Jessica Chastain arrived kicking the door right away with an Oscar nomination. Before long, the redhead was already a star. She has been in the field for a little over ten years and has already become one of the biggest names in the industry. However, in recent times the star has collected a succession of failures: from The Huntsman and the Ice Queen up until X-Men: Dark Phoenixpassing through Ava up until The Agents 355. We hope that the new nomination by Tammy Faye’s Eyes get your career back on track. In the movie, Chastain transforms to live a strong woman, the televangelist of the title. My tip brings Chastain equally playing a strong woman, who manipulates and comes across as a modern version of Lady MacBeth. Here we will go back a little further, to the golden age of the actress, in the film The Most Violent Yearan expert crime drama that follows a guy trying to establish a legitimate business and leave the mafia, whose wife has no faith in his new life. 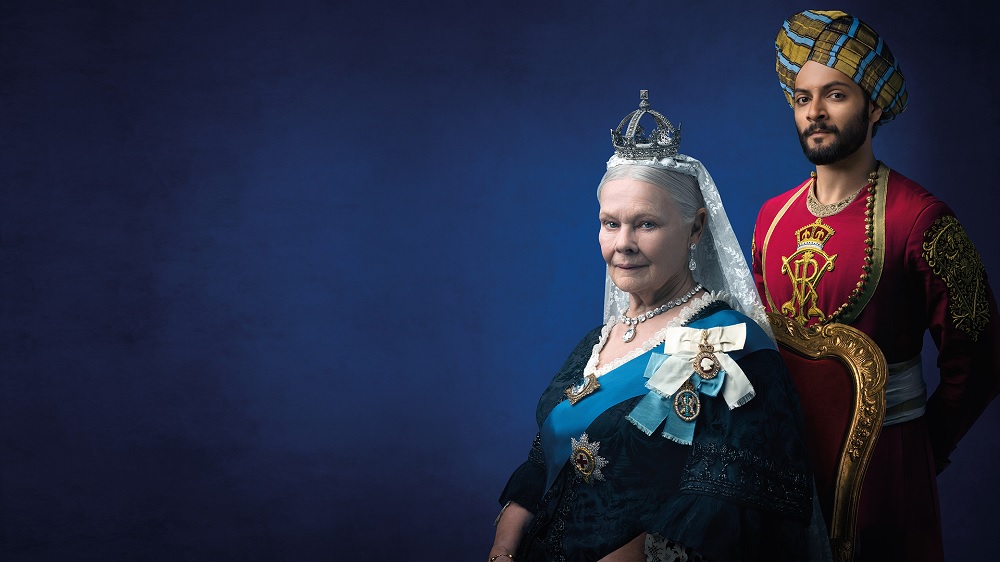 If in the category of leading actress we have Nicole Kidman like the veteran, it is in the supporting actress category that the real queen emerges. Judi Dench is a pillar of the seventh world art, with many decades on the road, eight Oscar nominations and a statuette to call his own (for Shakespeare in Love). This year the veteran returns with her eighth nomination for Belfast, a black and white war drama seen through the eyes of a family, especially the youngest son, boy Buddy. Our tip for a movie with Dench took place five years in the past, with the comic drama Victoria and Abdul, nominated for Oscars for Costume and Makeup. In the movie, Dench lives another queen in her career, this time Queen Victoria, and the story tells about the monarch’s friendship and the Indian who served as her personal butler and confidant. 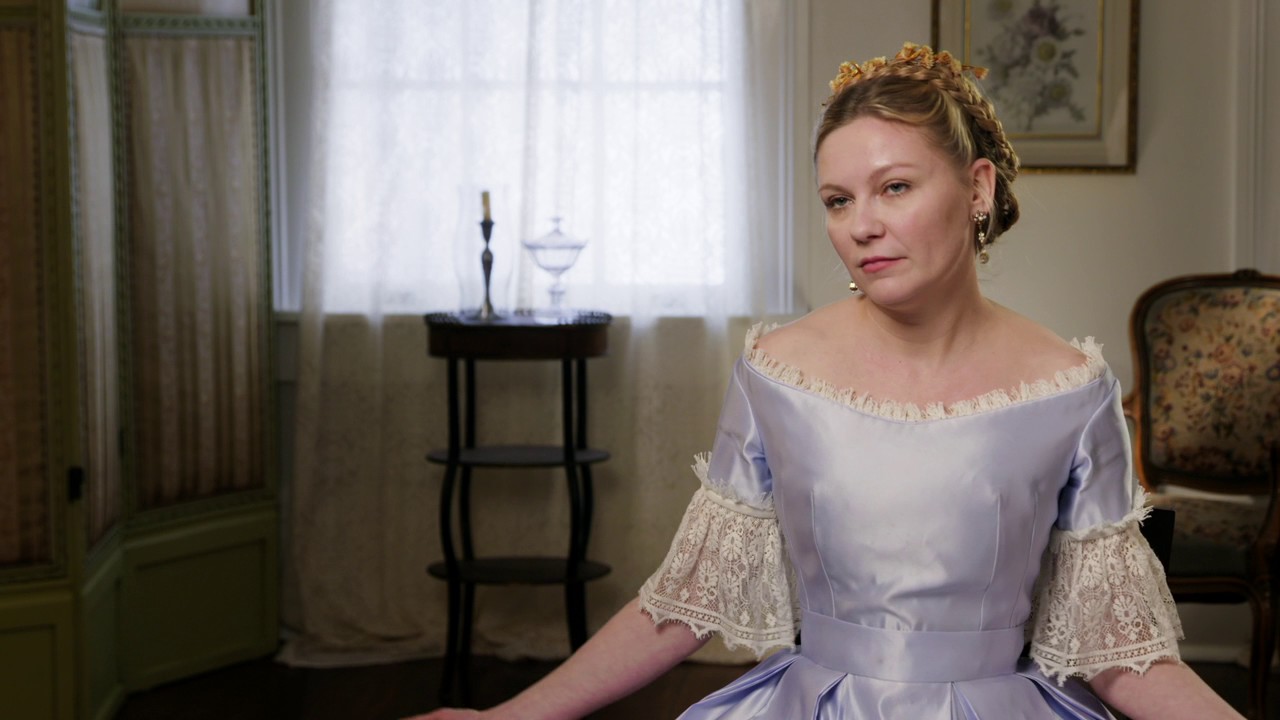 Interestingly in this tip for a movie with Kristen Dunstwe also have the participation of another nominee this year: Nicole Kidman. It’s about The Stranger We Lovemovies of Sofia Coppola which is the new interpretation of a classic book. The story had already been taken to the cinema in the 1970s, in a film starring Clint Eastwood. And what does this tip have to do with the production you indicated? Dunst this year it’s the fact that they’re both westerns. The Stranger We Love takes place during the American Civil War, when a wounded enemy soldier seeks shelter at an all-young women’s boarding school. There, he begins to seduce and be seduced by the girls, resulting in tragedy. The movie you indicated Dunst for his first Oscar (after a long career that began in his childhood) was the success Attack of the Dogswhere a single mother lives, getting married and being the target of hostility from her husband’s brother. 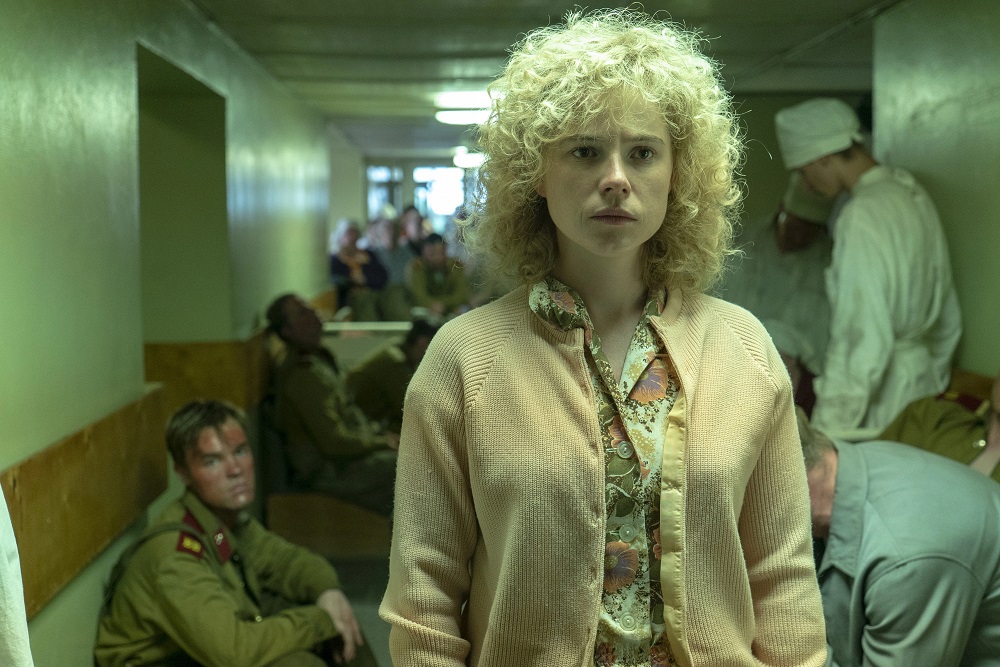 the young woman Jessie Buckley does not have a very extensive filmography, having started her career as an actress in 2009. Thus, as the title of the article says, I will indicate not a film, but a miniseries that works a lot like a long film of 5h30min duration. Of course I’m talking about the highly praised Chernobyl, an HBO production that is not only a film class, but also a history class. Furthermore, in times of war between Russia and Ukraine, Chernobyl it also serves to understand a little more how Russian society works and how the rulers faced and behaved in one of the biggest crises the world has ever seen. Buckley is part of the show’s outstanding cast. Already this year, she shares the main character of the lost daughter with Olivia Colman – both being very important to understand how this woman works. 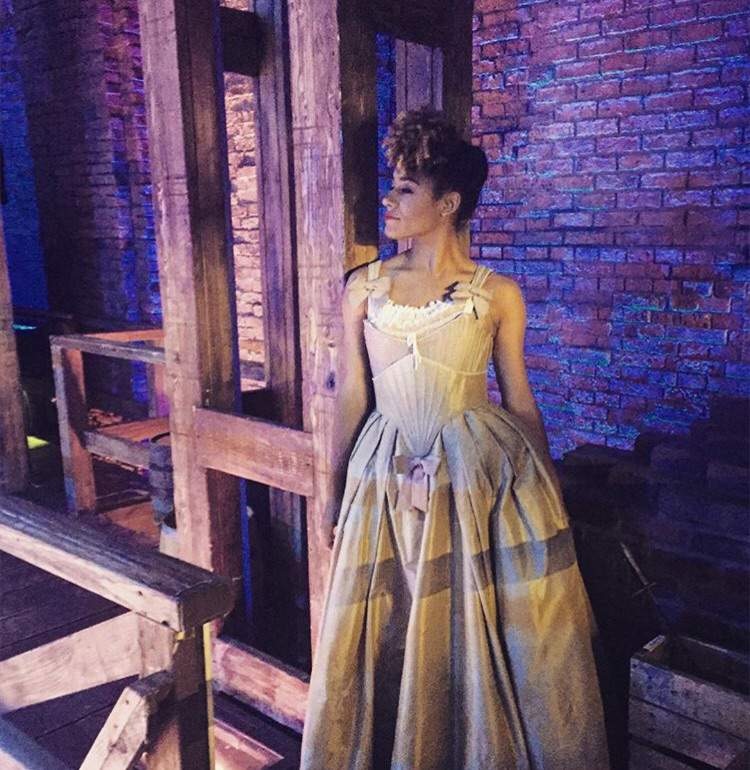 The youngest in the category, the beautiful Ariana DeBose, 31, also doesn’t have an extensive career on the big screen – coming from the Broadway stage. Her vein of musical theaters was what led her to Love, Sublime Loveremake of Steven Spielberg for the 1960s classic musical that did a real clean on the Oscars at the time. DeBose even lives the role of Anita, who gave the same Oscar for supporting Rita Moreno in the original. Our tip goes precisely to another musical starring the young woman – this one is a mix between a movie and a play. Well, many point out that it is a filmed play. It is the already iconic Hamiltoncreated by Lin Manuel Mirada, which plays with US history by telling the past through the eyes of the present. So, with a lot of hip-hop, jazz and R&B style music, the work tells about one of the founders of America, Alexander Hamilton. 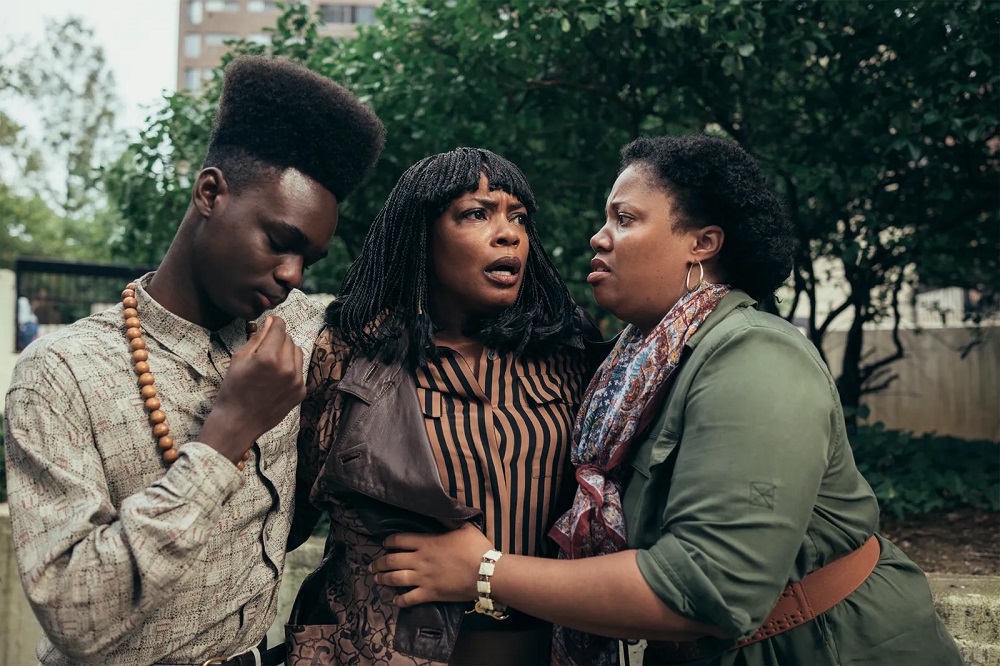 Since here in this article the indications are for films and series, we will continue with the schedule by selecting another miniseries. Aunjanue Ellis garnered a surprising Oscar nomination this year as the struggling, tough wife of Will Smith in King Richard – Creating Champions. The actress is probably the least known of this issue, which we hope will change in the coming years – and who knows, she will become a star. In his filmography, I highlight the miniseries eyes that condemn, in which she plays Sharonne Salaam, the mother of one of five black boys wrongly accused of a brutal crime that took place in Central Park. Mistakenly identified, the Harlem boys are arrested and spend the bread that the devil kneaded detained at the police station until their innocence is proven.

The Batman | Before Zoë Kravitz, Find Out Which Actresses Were Finalists for the New Catwoman

Lee Jung-jae from ‘Round 6’ joins the cast of ‘The Acolyte’, the new ‘Star Wars’ series

‘Riverdale’: Tabitha goes back in time in the official promo for episode 06×11; Check out!