The Batman | Before Zoë Kravitz, Find Out Which Actresses Were Finalists for the New Catwoman

The Batman (2022) is already the latest movie hit, grossing over $600 million at the time of the pandemic. Since 2019, only three other films have achieved such a mark in movie theaters (Spider-Man: No Return Home, 007 – No Time to Die e fast and furious 9). The Batman became the fourth. It’s safe to say that the latest Batman movie is the first blockbuster to debut in 2022. Those involved are already discussing the continuation of the film, which was given the green light by Warner. In The Batmanthe young Zoë Kravitz personifies the villain (or perhaps anti-heroine) Catwoman. The character also serves as a love interest for the protagonist hero (this time played by Robert Pattinson). Kravitz is the fourth actress to play Catwoman on the big screen and the third to play her alter-ego Selina Kyle, after Michelle Pfeiffer e Anne Hathawaysince in the version of Halle Berry (2004) the character’s name was Patience Phillips.

But as always happens behind the scenes in the world of cinema, Zoë Kravitz was not the first choice to play the character in The Batman, with other actresses coming close to taking the role. Whatever the reason, they all ended up getting out of hand, leaving the way open for Zoë Kravitz triumph and receive numerous accolades in his interpretation and his chemistry with Robert Pattinson. The film and the role have everything to serve as a watershed in the girl’s career, taking her to another level. Check out below the actresses who narrowly missed out on the new Catwoman. 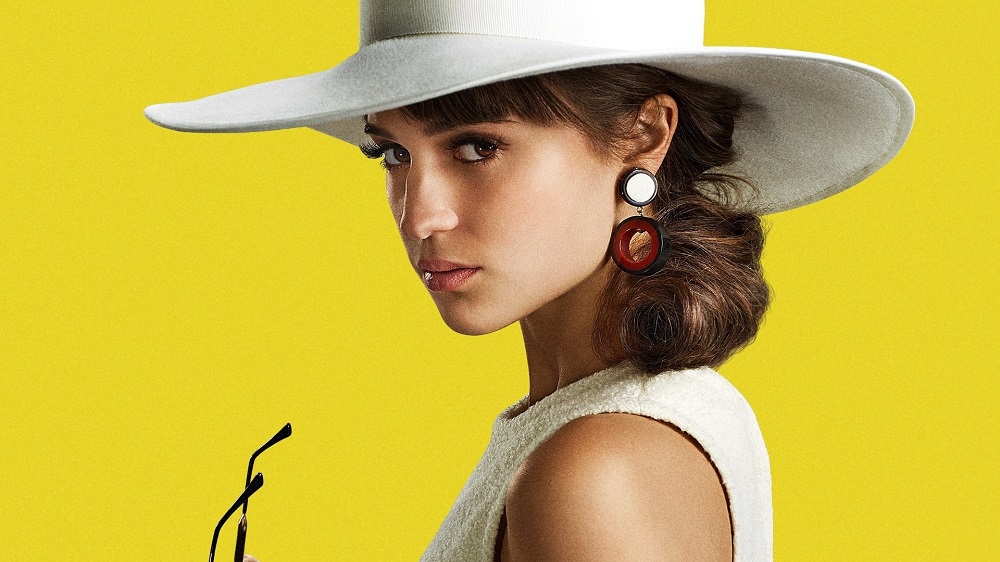 The most prestigious actress on the list, the Swedish Alicia Vikander is the only one that has an Oscar statuette for best actress – as a supporting player for The Danish girl (2015). In fact, the entry of the young actress on the cinema radar came with another period production with Oscar pedigree, The Queen’s Lover (2012), nominated for a foreign film. That’s what it took Vikander to be hired as the new Lara Croft of cinema, replacing Angelina Jolie like a heroine of Tomb Raider. O reboot de Tomb Raider did not make the noise that Warner imagined, even so a sequel is being promised. After that, Vikander disappeared and maybe that’s why, even after auditioning on screen to be the new Catwoman, she wasn’t chosen. 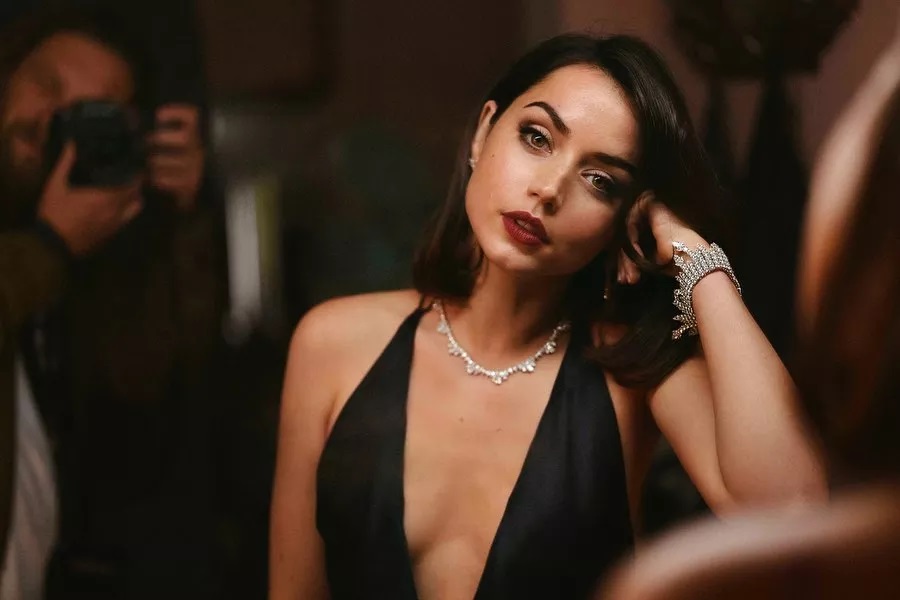 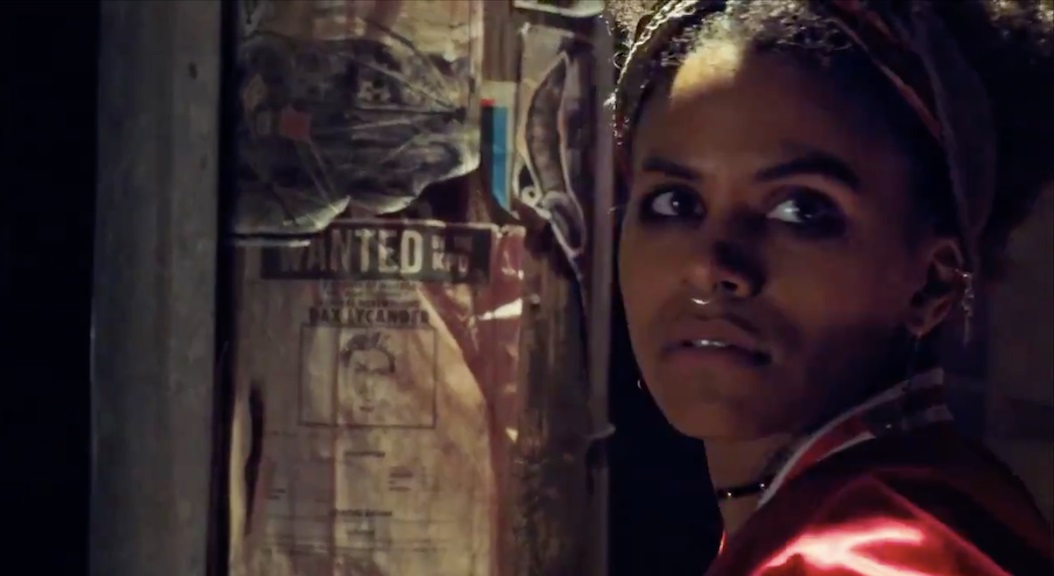 Following the line of a black Catwoman, which refers to the Eartha Kitt in the 1960s Batman series, goes through Halle Berry and now Zoë Kravitzone of the actresses selected for the role was Zazie Beetz. The young woman is no stranger to super productions of the genre, having lived Domino in Deadpool 2and within the DC films at Warner, it was Sophia, the psychopath’s neighbor jokerwith Joaquin Phoenix. The fact could bring confusion to the fans, since The Batman e joker take place in different universes and having the same actress sharing and intersecting could complicate things for the company. Even so, apparently Zazie Beetz came close to getting the role, and what really took her out of play was the scheduling conflict with the recordings in the new season of Atlantaa series he has been a part of since its debut in 2016. 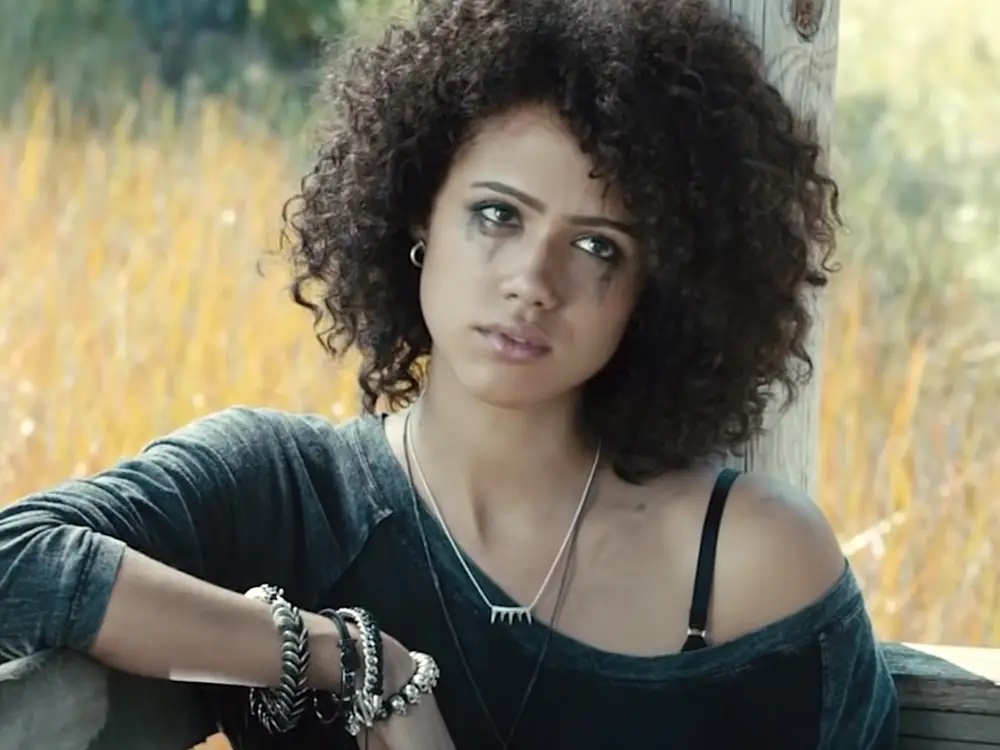 Another black actress who would look great in the skin (and claws) of the character, Nathalie Emmanuel is a young British woman who became known for her role as Missandei in the hit series Game of Thrones. After the HBO show came to an end, Emmanuel tried to take for himself a new franchise, this one a super production in the cinema: Fast and furious. The actress joined Dom’s family (Vin Diesel) in the seventh film in the role of hacker Ramsey and remained so, last year releasing the ninth film. Other than that, in 2021 she also starred in the spin-off of Army of the Deadwith army of thieves – that is, she is an actress completely immersed in current pop culture. Nathalie Emmanuel was another who auditioned, but ended up not being chosen as the new Catwoman. Perhaps the fact that she was English rather than American contributed. 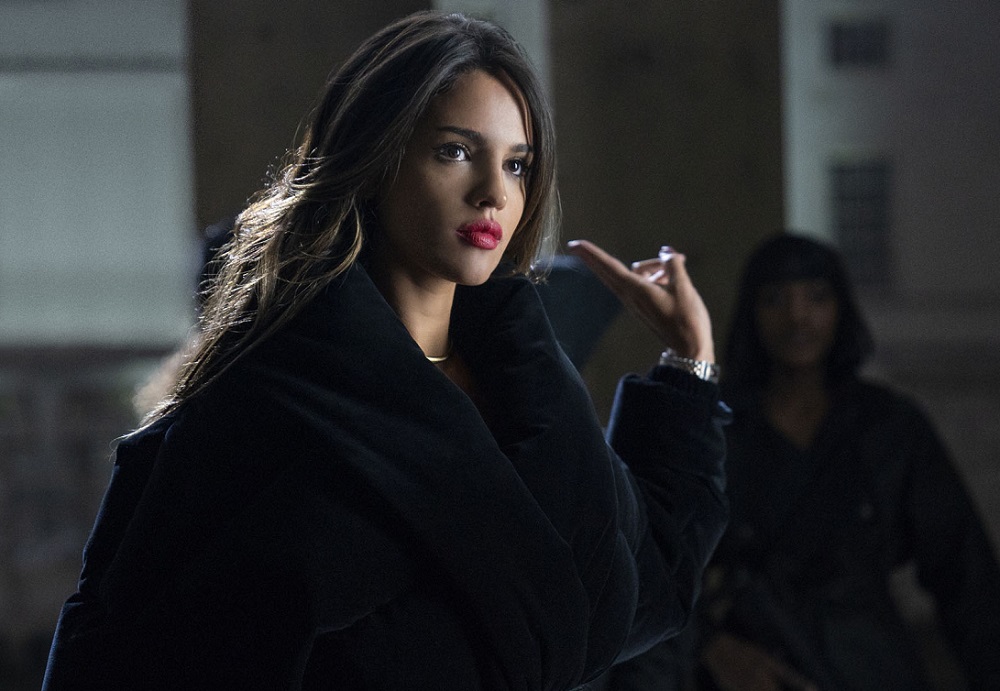 Another non-American actress on the list. After a Swedish, a Cuban and an Englishwoman, we now have a young Mexican star. Perhaps this ethnic shift isn’t really an issue, as the globalized world calls for a greater mix – in addition to what these actresses tested for the role, as was the case with Eiza Gonzalez. The filmmakers knew about their nationality and decided to bet. Okay, maybe it didn’t suit the role – after all, can you imagine Catwoman purring in Spanish? Joking apart, Gonzáles is another well-known actress in pop entertainment, who is enjoying and riding the crest of the wave. revealed by Baby Driver (In Escape Rhythm), the Mexican never left the screens, and scored Alita – Battle Angel, Hobbs & Shaw, Bloodshot, I care, Godzilla vs. Kong and this year is about to launch Ambulance – the new of Michael Bay. 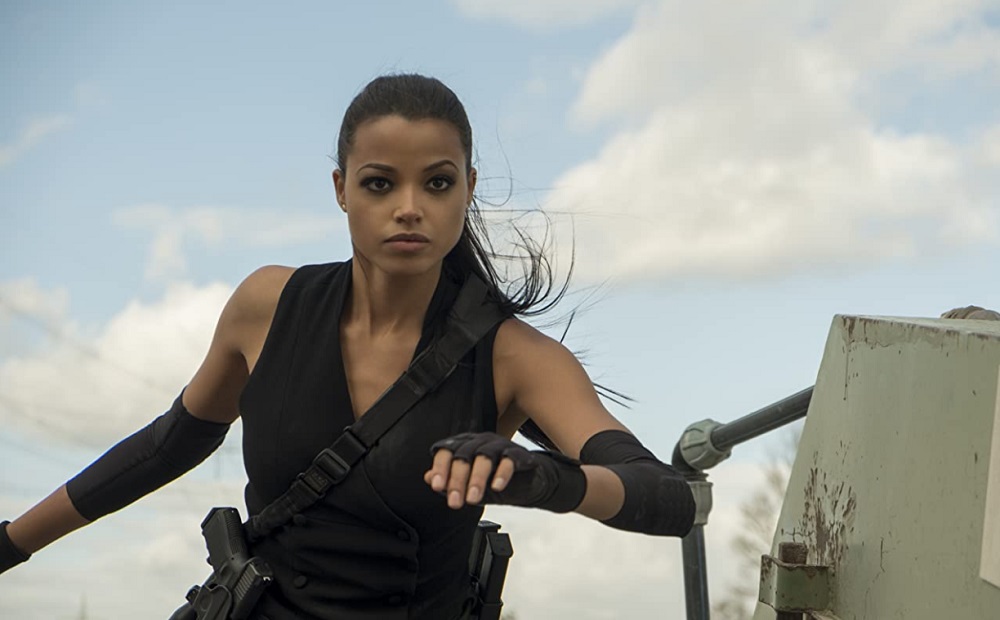 With all her model bearing, the young Ella Balinska was revealed to the world thanks to the director’s choice Elizabeth Bankswho cast her as part of the female trio in the reboot of The Panthers (2019). The movie didn’t achieve what was expected, but the world won Ella Balinska. At 1.80 m tall, the actress was one of the finalists for the role of Catwoman; and what we can say is that she would be very Catwoman. In 2020, Balinska starred in the terror Run Sweetheart Runand this year she can be seen in the series of Resident Evil, on Netflix; and played in the game Forspoken on the Playstation 5, as the character Frey – who was molded to her features and voiced by her. The makers of The Batman opted for the 1.57 of Zöe Kravitz. Ah yes, Balinska is another Brit on the list. 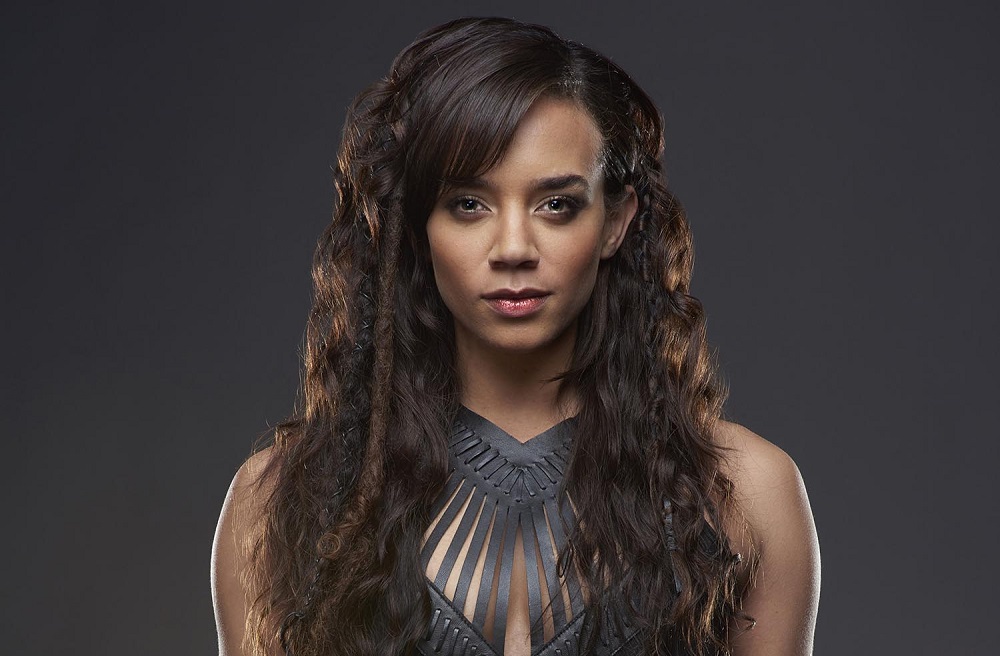 The lesser-known actress among the finalists who almost got the role of Catwoman in The Batman, Hannah John Kamen is a familiar face to a specific part of the audience: fans of the adventure and sci-fi show Killjoys – Special Agentson the air since 2015, coming to an end in 2019. However, in cinema there is no doubt, the watershed year for the actress was 2018. It was four years ago that Came I did not reboot from Tomb Raiderwith Alicia Vikanderand then would go on to play two important villains in his career, in the films Player No. 1from Steven Spielberge Ant-Man and the Wasp, part of the Marvel Cinematic Universe. And perhaps it was those roles that led her to the final selection for the character of Catwoman, who also straddles the fine line between villain and anti-hero. Equally a British actress, which may not have helped much – and maybe even hindered – was her participation as Jill Valentine in the flopped 2021 reboot Resident Evil: Welcome to Racoon City.

‘All American’ renewed for season 5

‘The Flash’ renewed for season 9