The acclaimed biopic drama ‘King Richard: Raising Champions’starring Will Smithis a favorite for awards season – and continues to reap the rewards of its success.

Smith took home the award for best actor at the 2022 Oscars, repeating the feat of the SAG Awards, the Golden Globes, the BAFTAs and the Critics’ Choice Awards.

Remembering that the film is now available on HBO Max.

The inspiring true story of the father of athletes Serena and Venus Williams captivated the press, precisely for its sensitivity and delicacy in portraying the power of a united family.

The film had its official debut Venice Film Festival 2021 and surprised the specialized critics, winning 91% approval on Rotten Tomatoes.

Check out the top reviews:

“Green orchestrates these various elements into a symphony that is both a tribute to working parents, no matter how difficult, and to show the origin story that begins a generation before our heroes became famous.” – Monica Castillo, TheWrap

“King Richard is perfectly in sync; His performance is an excellent reminder of Smith’s unique charge, clinging to a powerful challenge with an exhilarating commitment.” – Richard Lawson, Vanity Fair

“Will Smith gets a win with King Richard.” – Todd McCarthy, Deadline Hollywood Daily

“It’s far from a perfect film, but it’s tempting, thanks to the strong theme and crisp characterizations and performances.” – Stephen Farber, Hollywood Reporter

The story, signed by Zach Beylin and directed by Reinaldo Marcus Greenis based on the life of the tough father of Venus e Serena Williams, who had a plan in mind to make his daughters into the greatest tennis players in the world. Serena already has 23 titles alone Grand Slam championship since her debut in 1999, becoming one of the greatest athletes in history; Venus, in turn, began her career in 2000 and has also been awarded several awards. The sisters together have 14 double titles. 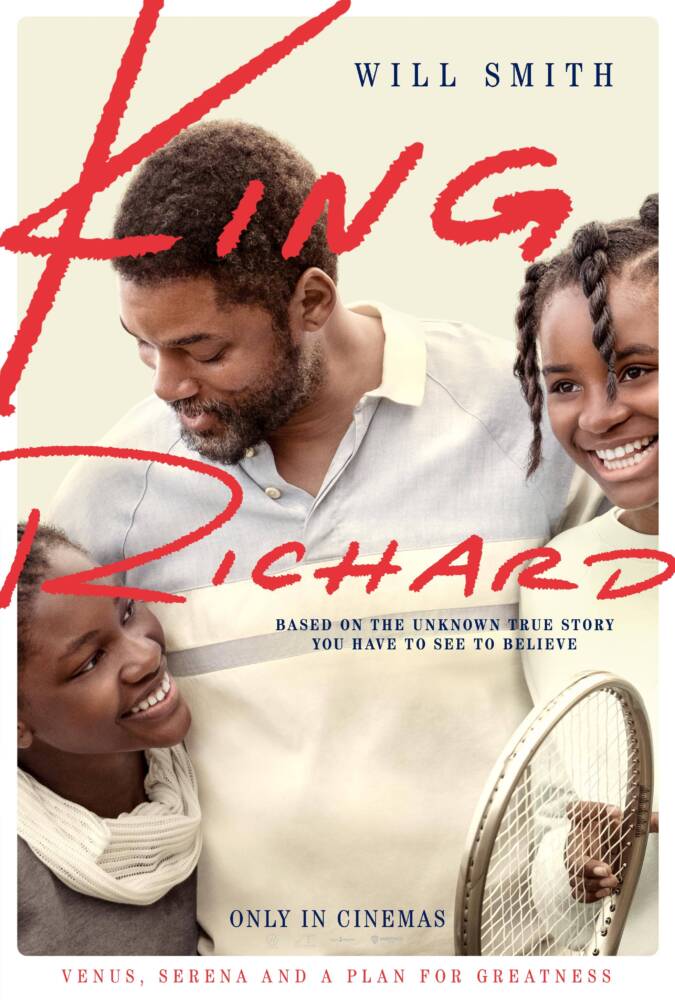 Dispute for the lathe in the SUBTITLED trailer of the 6th episode of ‘The House of the Dragon’; Check out!

Michael Bay CRITICIZES his own movie: “The visual effects of ‘Ambulance’ are shit”