‘Blue Beetle’: Sharon Stone is in talks to play the adaptation’s villain

According to The Wrap, Sharon Stone (‘Fatal Instinct’,’Ratched’) is in final negotiations to play the villain of ‘Blue Beetle‘, adaptation of DC starring Xolo Maridueña (‘Cobra Kai’).

If hired, the actress nominated for the Oscar will be a character named Victoria Kord, created especially for the film.

So far, no other details have been released about the role, but considering her last name, she may have some connection to Ted Kord, who was the 2nd hero to assume the mantle of the Blue Beetle.

Or it could even be that she is a female version of Ted.

Lembrando that Jaime Reyes (Maridueña) was the 3rd character to adopt the name.

All four will be members of Jaime Rayes’ family (Maridueña).

Lopez (‘The Adventures of Sharkboy and Lavagirl’) will play Uncle Rudy, Barraza (‘Babel’) will be Nana, Carrillo (‘Predator’) will be Rocio and Alcázar (‘The Perfect Dictatorship’) will bring Alberto to life.

In an interview with the portal, the director Angel Manuel Soto commented on the lineup.

“Initially, my goal in meeting Jaime’s family was to be able to have a group of authentic people, not just in their Latin appearance, but in their accents and the experience of being a Latino. It was very important to me that the eldest in the family were Mexican. And on top of that, it would be nice to honor these amazing, beloved actors from Mexico who paved the way not only in Latin American cinema, but also in the Anglo-Saxon and Latin American community in the United States.”

“And then you have somebody on the younger side, the new blood that’s coming in, like Belissa [Escobedo] e Xolo, they are Mexican-Americans who learn their culture from their elders who were born in Mexico and came to the US. Being able to provide a Mexican family that embraces that level of authenticity is amazing and I think this cast allowed us to have all of that.”

For those who don’t know, Reyes is the third character to take on the mantle of the ‘Blue Beetle’after Dan Garrett and Ted Kord.

The teenager gained his powers after he took home a Blue Beetle found on the street. That night, he ends up being attacked by the insect, which is lodged at the base of his spine, creating an extraterrestrial suit over the boy’s body.

From there, Reyes gains super speed and superhuman strength, as well as the ability to create weapons, wings, and shields.

with script by Gareth Dunnet-Alcocerthe feature won the first official art detailing the look of the character during the DC FanDome.

Check out the image released by Comic Book: 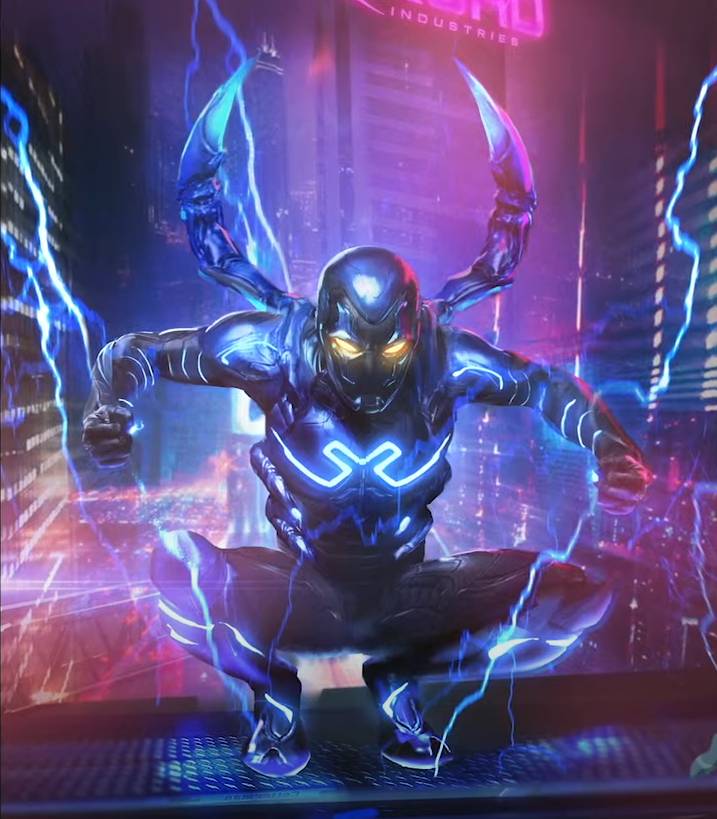 Director of ‘Shazam!’ Explains why he would NEVER make ‘Justice League 2’

Director of 'Shazam!' Explains why he would NEVER make 'Justice League 2'