In an interview with Bloody Disgustinga showrunner Sara Goodman revealed that he would like to show different stories from the 3rd season of the series’I Know What You Did Last Summer‘.

“I would like to recount other crimes that happened in this town in Hawaii, where everyone in previous generations and generations to come has done something wrong, and someone knew it. So it was kind of this generational trauma, and these generational lies and secrets… This place had its own kind of life from before. So actually, season two would show the [pai de Alison] Bruce e [a cultista] Clara, and the cult, and what they did. It was using the night in the cave, where Clara told Dylan everything, as a way to get back into that world so that we could have also had some closure on what really happened there.”, she stated.

She also told what would have happened in the 2nd season of the series, had it not been canceled by AmazonPrime.

“There would be a ‘Gone Girl’ situation between Margot and Alison, because… could you live with your killer? What would that relationship look like? They need to stay together unless one of them dies. We were planning a situation where Margot would do something similar to [a protagonista de] ‘Gone Girl’, setting it up to look like Alison killed her. But eventually, we would find out that Margot was really dead, after a lot of twists and turns. [A personagem seria assassinada pela] Riley, who would finally get her revenge. All of them would pay the price except Riley. And let’s face it, they all deserved it.”

About Riley’s Return of the Dead, Goodman Explain: “We would explain more about the cult and how they resurrected her. I debated for a long time whether I really wanted to introduce an overtly supernatural element to the story or leave it ambiguous.”

Check out our Season 1 review:

Written and produced by Sara Goodman, ‘I Know What You Did Last Summer’ is based on the novel by Lois Duncan 1973, which was also the basis of the iconic 1997 film.

A year after the fatal car accident that haunted their prom night, a group of teenagers find themselves united by a dark secret and pursued by a brutal killer. As they try to figure out who’s after them, they reveal the dark side of their seemingly perfect city – and themselves. Everyone is hiding something, and finding the wrong secret can be deadly. 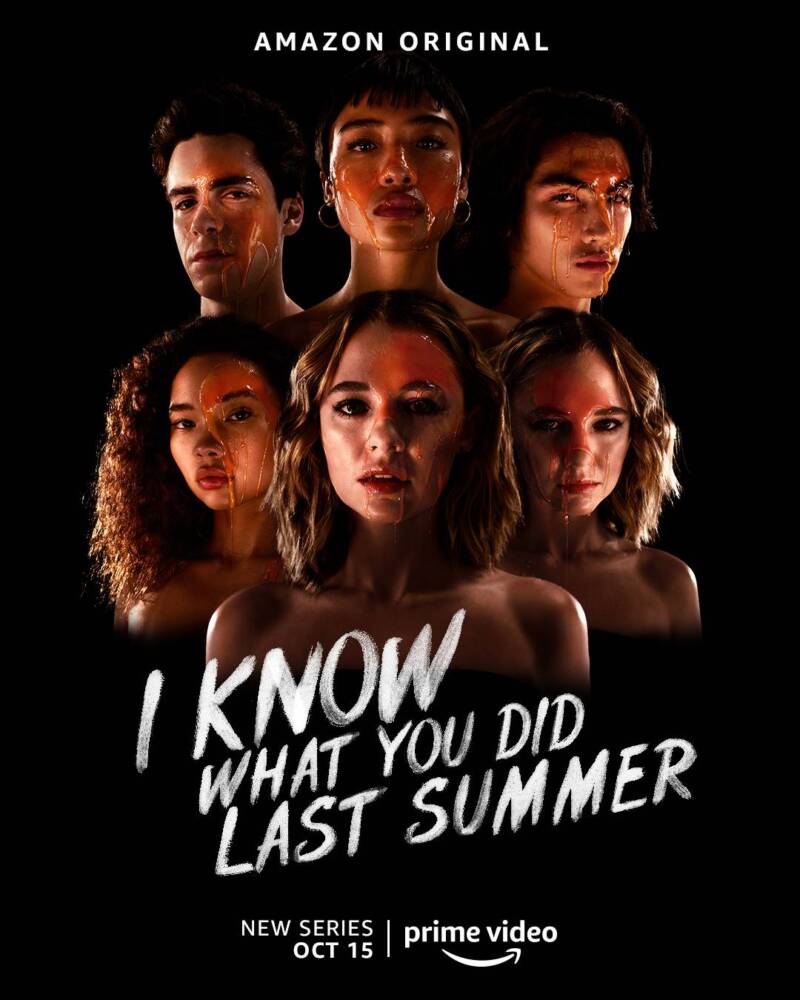 ‘Mad Max: Furiosa’: New Photos Take Us Behind the Scenes of the ‘Fury Road’ prequel; Check out!