Ed Wood became one of the most recognizable names in the film industry for all the wrong reasons: in addition to his dubious taste for good stories and even film construction, the filmmaker gained a posthumous fame as one of the worst of his generation and, almost Ironically, his B-movies acquired a legion of fans thirsty for the sleazy tone of their narratives, including the very low-budget special effects and the reuse of archived materials by well-known companies, such as Universal Pictures. As if that wasn’t enough, Wood was also responsible for reinserting the name of the obsolete Bela Lugosiimmortalized by his rendition of Count Dracula, within the entertainment medium, since he was a hopeless fan of the actor.

His tragicomic story is seen with humorous airs – and perhaps facing it otherwise would be a somewhat harrowing exit. It cannot be denied that it essentially dialogues with the idea of ​​the “American dream” – perhaps the premise that inspired another well-known name in this sphere, Tommy Wiseau (which also got its own biopic) -, e Tim Burton seems to have fallen in love with this incredible plot of overcoming and decadence. It’s almost strange to imagine a mind as twisted as this making a foray into the biographical world, especially if we take into account his earlier works like ‘The ghosts have fun’ e ‘Edward Scissor Hands’. The result, which could have doomed to failure, actually turns into one of his best stories – and all with a perspective that is completely averse to the conventionalism of the genre. 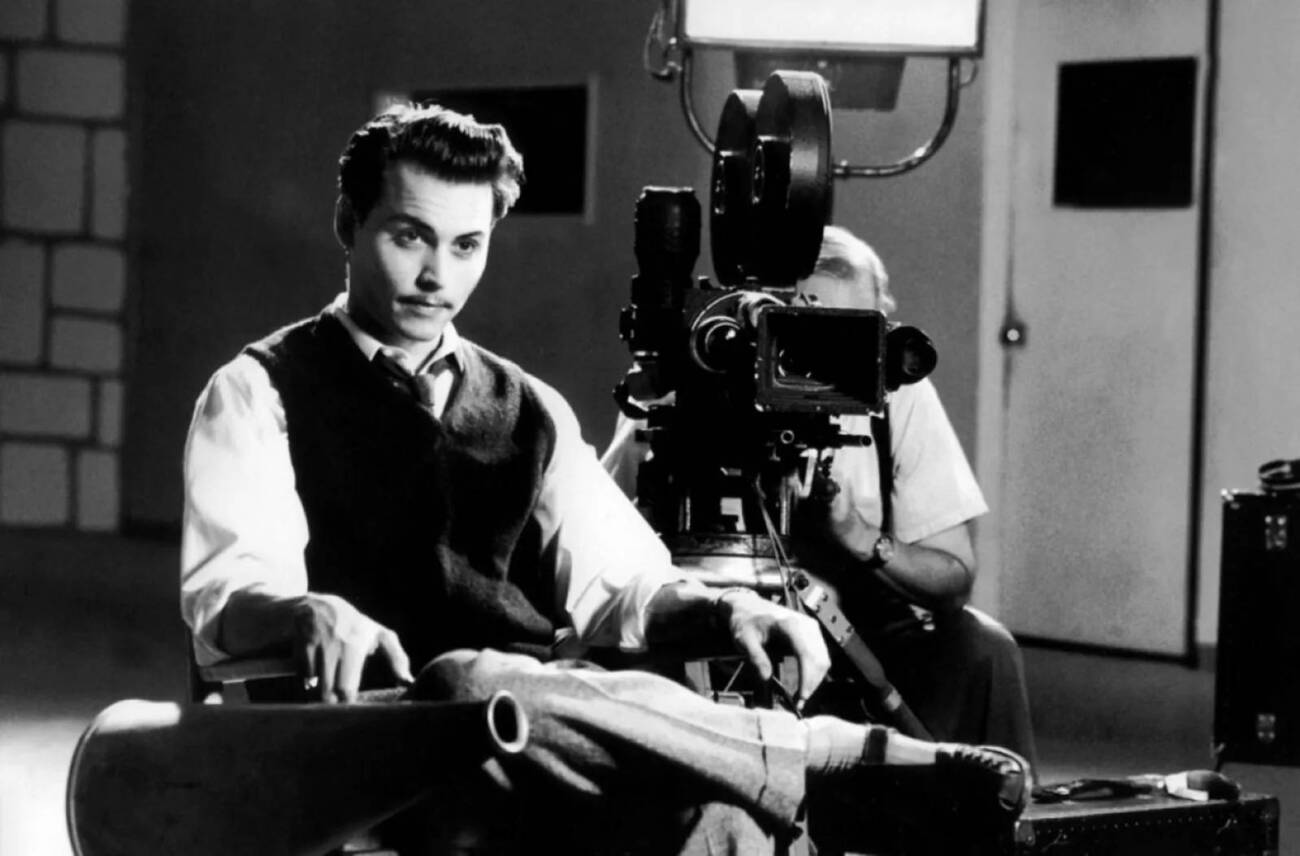 As we already know, the main plot revolves around Edward D. Wood Jr. and his attempts at social escalation within one of the cruelest and most visceral working environments in the world. He is initially a theatrical director responsible for productions bombed by critics. It’s very interesting to note its decay being externalized by a setting just as chaotic – the first sequence actually alternates between the stage and an audience almost empty, save for a bucket that serves to contain an irritating leak, and an old lady who doesn’t seem to know where is it exactly. Even so, Ed’s blind optimism and confidence remains unshakable: he tells himself and his troupe of artists that they did a great job and that he can’t believe the press missed the world premiere of his play, sending a rep. to cover the event.

Johnny Depp now returns as Burton’s constant collaborator in the title character: his characterization is masterful and memorable, marked by a facial expression that is both comical and frightening at the same time, moving away from the robotic blankness of his previous role and providing a heady, escalating madness. which finds several loopholes for more complex explorations. After all, Ed also carried with him certain fetishes that spoke to his inherent nature of the strange and the bizarre – including an affinity for angora coats and for cross-dressing (although this is revealed a little later). Anyway, his personality is unique, and no one can deny that he gave himself body and soul to his productions. 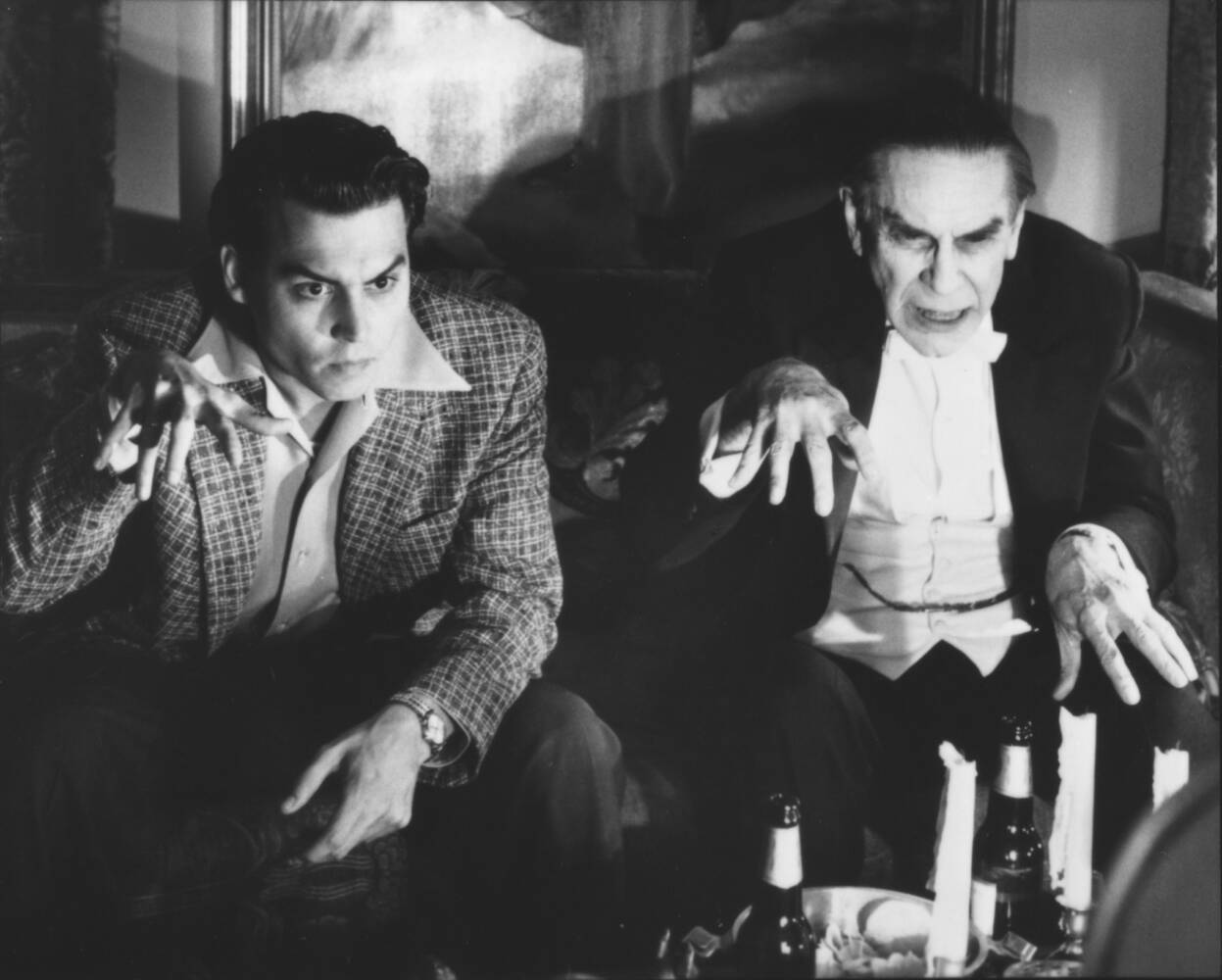 The opportunity to show his “skills” finally appears when a small production company decides to produce a feature about a transgender woman. The director soon uses his undeniable charm to embrace the project together with his girlfriend Dolores Fuller (Sarah Jessica Parker), which helped him by participating as an actress and typist of the scripts. However, even if its impending failure falls into an arc of foreshadowing mainly for the aesthetic chosen by Burton, Ed is fully aware that the show business and the entertainment world cherish big names – and it is at this moment that he meets the legendary Bela Lugosi (incarnated by the applaudable Martin Landau), which fell into oblivion but received an offer to return to the promised stardom.

Even though the narrative is predictable – not in relation to the construction of the script or even with the presence of the dialogues, since the perspective provided by Scott Alexander it’s as metaphorical as it is purposefully canastrous, especially with regard to the monologues given by Ed and Bela -, the point of greatest enchantment is undoubtedly the technique. I can say without a doubt that ‘Ed Wood’ is the culmination of his career as a director and storyteller for not only being an original work, bringing aesthetic mannerisms that speak to the macabre cosmos for which he was known, but also for evoking a cinematic nostalgia for great cinema classics. 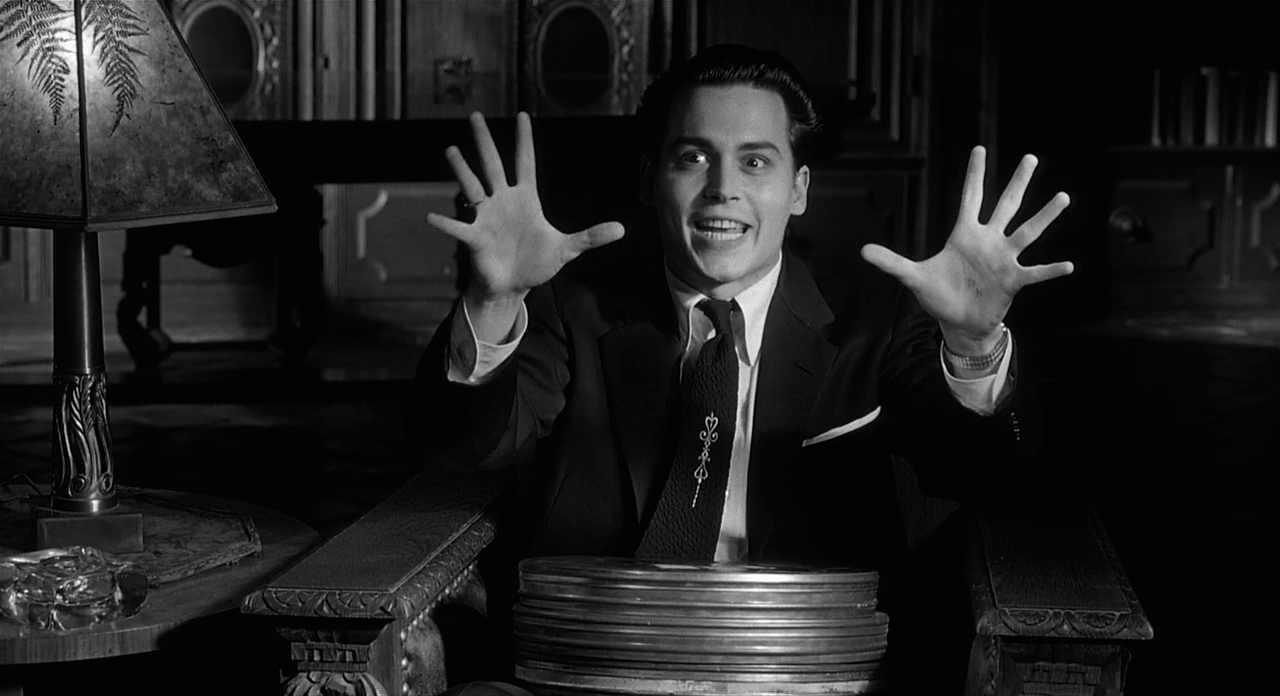 From the option to leave the final product in black and white to the use of fluid transitions that follow the formulaic rigidity of works from the 1930s and 1940s, the director includes his homage to both Ed and names such as Alfred Hitchcock, rescuing elements of its psychological thrillers within a softer and comic scope. In addition to the framings that value a scenic intimacy, we have the presence of numerous references to cinema noirwhich in itself is already a mimetic amalgamation of German expressionism and Italian neorealism: we have the constant presence of the Rembrandt’s triangle, an identity whose purpose is to hide the features of a character in the half-light, leaving him with a dubious atmosphere, especially when reinforced by the excessive presence of smoke – either from the external environment or from cigarettes. Even the representation of the characters, who seek their goals in nihilism and hedonism, speaks to these creative strands stronger than expected.

Burton also pays homage to the protagonist by placing references to the iconic ‘Citizen Kane’the first work of Orson Welles that never received the credit it should have at the time of its release. There is a brief moment, following the dramatic patterns of this film in question, where Orson and Ed meet and have a brief discussion about the movie industry and how this is a bloodthirsty game and pure carnage that uses and abuses until the last drop of life be drained. Although the confrontation has a melodramatic air – scrutinized by a more flowery rendition of the soundtrack to ‘Or Lake two Swans’ -, everything moves in a very interesting and engaging fluidity. 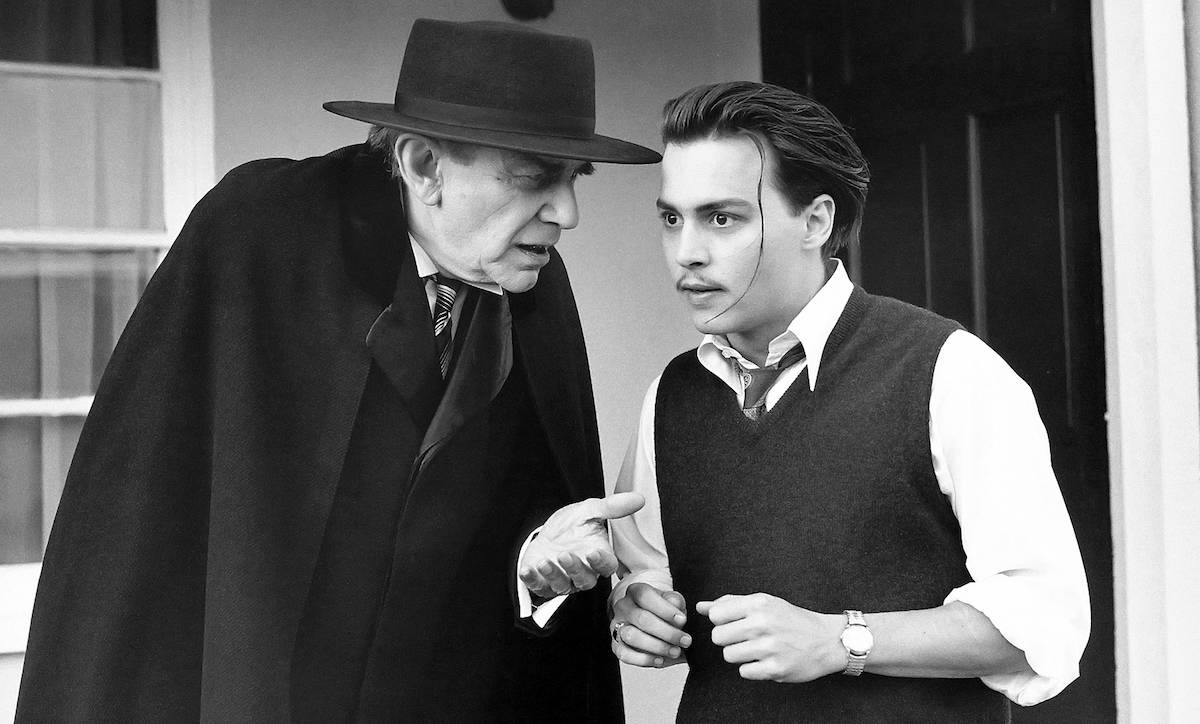 ‘Ed Wood’ it’s outrageously fun and amazing. In addition to very well-designed performances and a solid scope, this work emerges as the main basis for Burton’s promising career, showing that his versatility and his narrative skill are not restricted only to the ode of the bizarre, but also to believable dramas that reflect the dream of many people – including your own.

Pabllo Vittar and Rina Sawayama join forces with the energetic collaboration “Follow Me”; Listen up!