In the wave of the Multiverse, the FIFA introduced the new mascot of FIFA World Cup 2022. La’eeb it is a Guthra, that traditional white cotton cloth that the Arabs wear over their heads. At the ceremony that selected the groups for the Cup, the friendly little mascot was revealed to the world and took the public on a journey through the “MascoteVerso”, an alternative reality where all the mascots of the Cup, those who passed and those who failed, live before and after the event. biggest sporting event in the world. 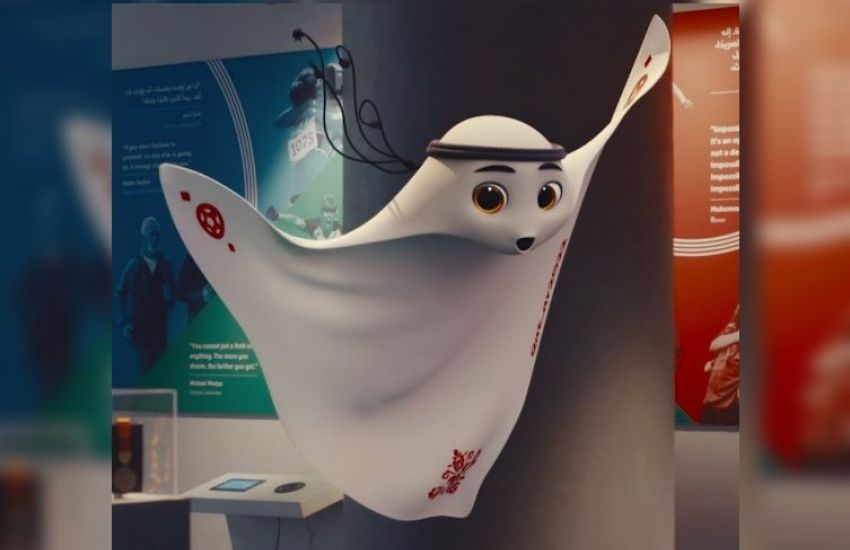 immediately compared to Casparzinho, the new mascot was successful on social networks. His name is an Arabic word that means “super-skilled player” and his mission is to make people believe in themselves under the motto “Now Is All”, something like “Now Is For Real”, while seeking to bring even more joy. for anyone watching the games. In addition to him, the trip through the “MascoteVerso” brought back dozens of historic World Cup mascots, such as the Fulecowhich became a meme again eight years after saying goodbye to stadiums in Brazil.

But the trajectory of the mascots in the World Cup is much older than that. With its first edition being held in 1930, in Uruguay, the World Cup has evolved over the years, not only in terms of sports, but also in terms of advertising. This natural evolution allowed the tournament to become the premier sporting event on the planet. The mascots, so dear and traditional nowadays, only debuted in the competition in the 1966 edition, held in England. Since then, every Cup has a pet to call its own. Remember them all! Launched for the World Cup held in England, Willie became a true phenomenon in the country. He was a little lion inspired by the country’s animal symbol, whose mane honored the haircut of Leo, the son of the cartoonist who created him, and wore a shirt with the UK flag in two versions. While the illustrated Willie carried the name “World Cup” on his chest, the mascot that paraded through English stadiums and cities bore his own name, Willie. He was so successful with children and adults, that the mascot tradition was firmly established in sporting events. 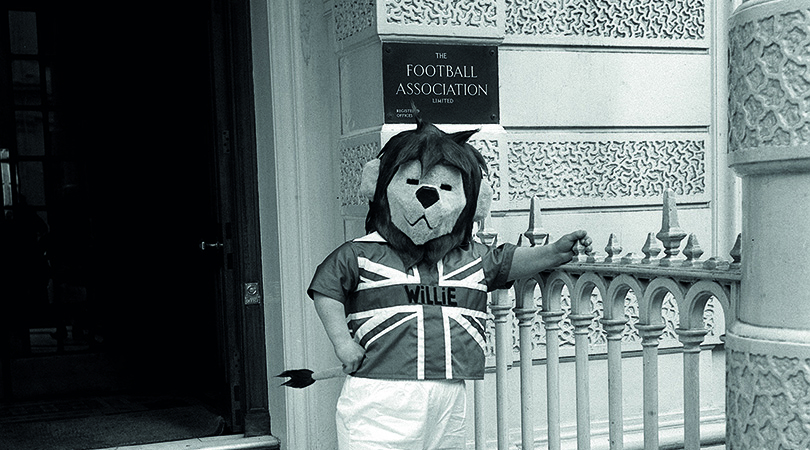 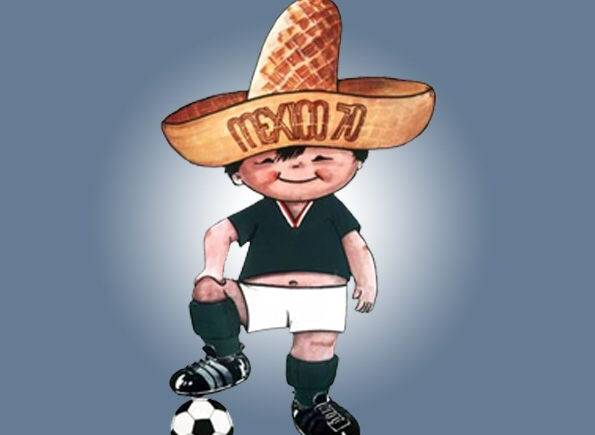 Juanito or ‘Juanito Maravilla’ is an 11-year-old boy who was used by his father to go to the Azteca Stadium from a young age to cheer for the Mexican national team. He’s chubby, with rosy cheeks, a smile from being about to see the world’s greatest soccer players, and a gigantic sombrero with the “Mexico 70” logo to protect him from the scorching Mexican sun. In other words, it’s a stereotype in the form of a mascot. This caused a lot of controversy, not least because he started out as an alternative mascot, which ended up becoming the official one. 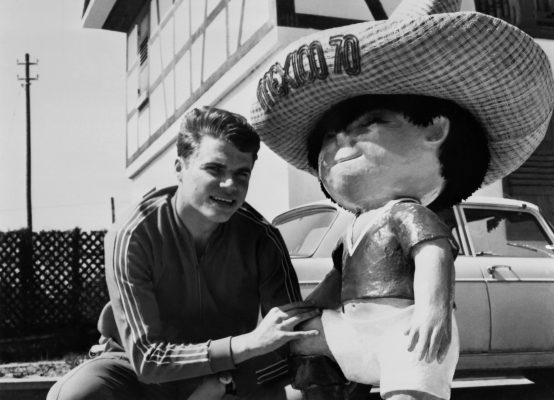 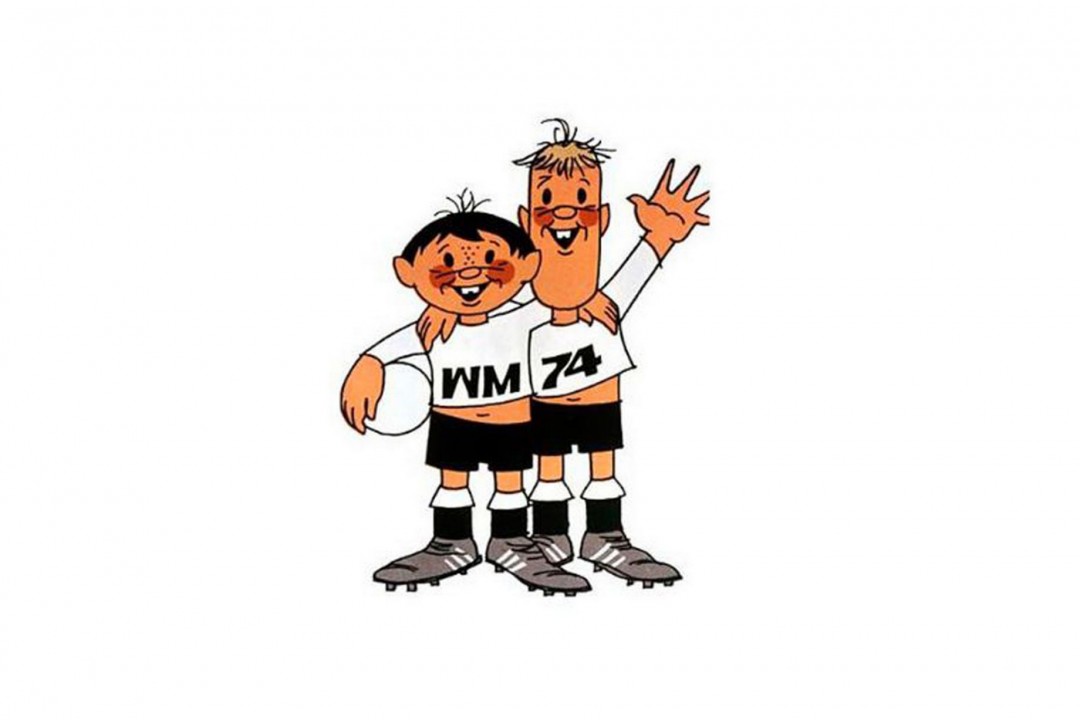 The German Cup in 1974 was the first time the Cup had two official mascots: Tip and Tap, two little German boys who were best friends and did everything together. They studied, helped the family and played. Another common interest was their fascination with football, a sport they played every day to be the best players in the world someday. His clothes were practically the same as the German uniform, with a white shirt, black shorts and black socks. The difference was the Cup logo stamped on the shirts. The duo was chosen to represent the union of West and East Germany. 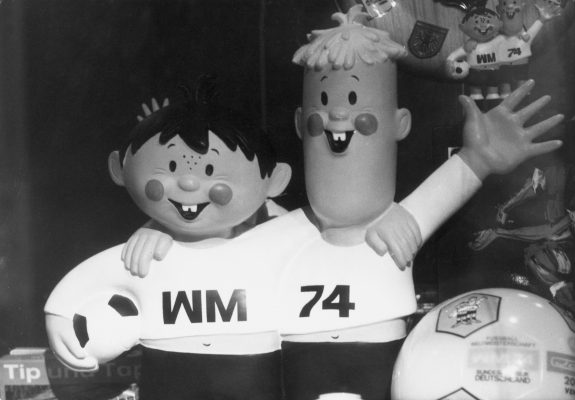 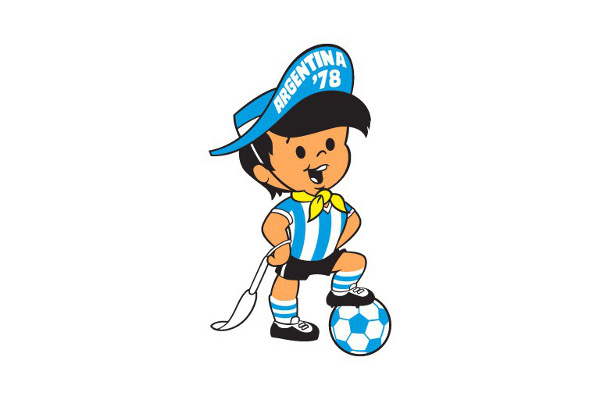 The controversial World Cup in Argentina, which lived under the military dictatorship and was suspected of the suitability of arbitration and combination of results, had the friendly Gauchito as a mascot. He’s a little boy from the Argentine pampas who always carries a ball so he doesn’t get bored. The gauchito carries with him his traditional yellow handkerchief, a cowboy hat and a whip, in addition to the Argentine uniform. According to the character’s story, he traveled to Buenos Aires at the invitation of FIFA to be the great mascot of that Cup. 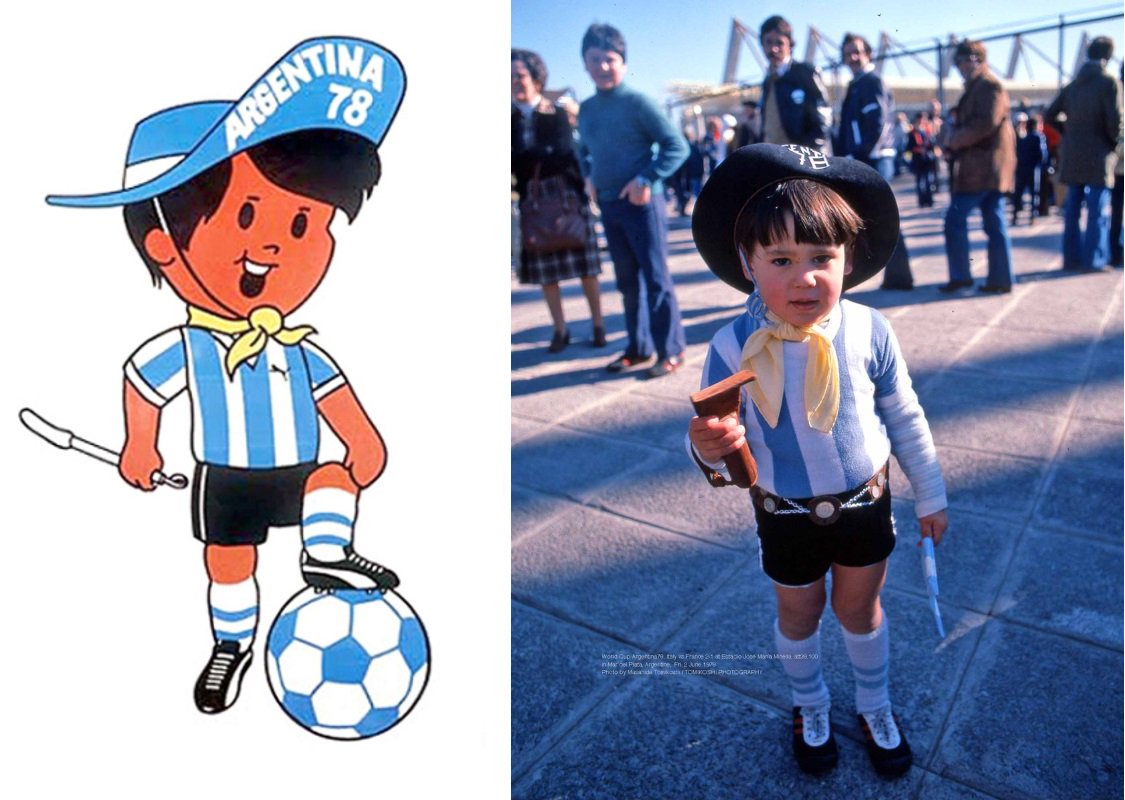 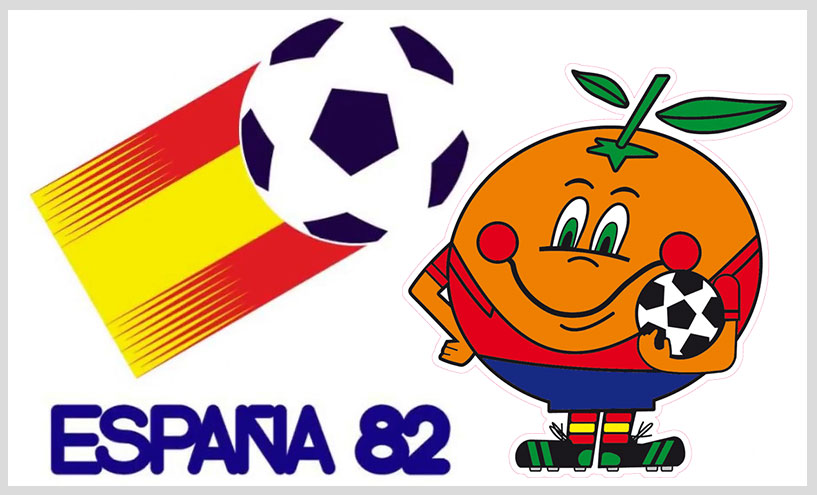 Traumatic for Brazilians, the 1982 World Cup in Spain brought one of the most iconic and somewhat crude mascots in the history of the tournament, Naranjito. The first fruit to be mascot was chosen as a tribute to Andalusia, a region of Spain known for having the best citrus fruits in the world. Naranjito had red cheeks and a Spanish uniform. 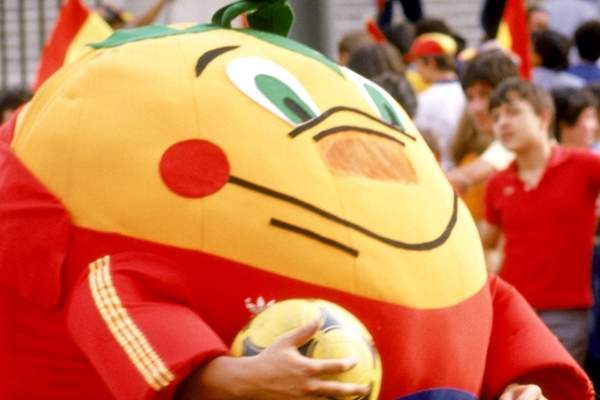 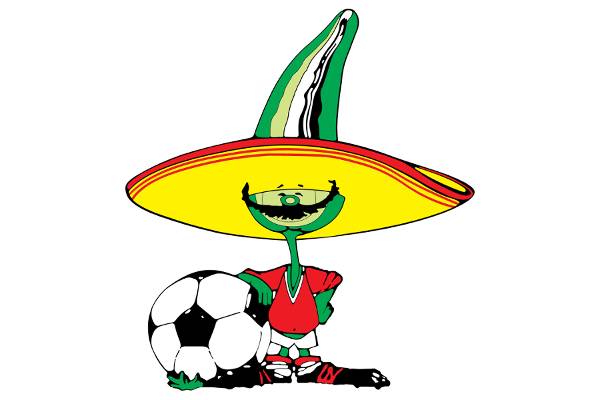 The second Cup in Mexico followed the trend of the 1982 edition and brought a food as a mascot. Pique the Pepper was a Jalapeño pepper that sported the colors of Mexico, as well as a mustache and sombrero in the shape of its head, as well as the ever-present soccer ball. He continues to bring stereotypes, but he managed to be much more creative than Juanito. 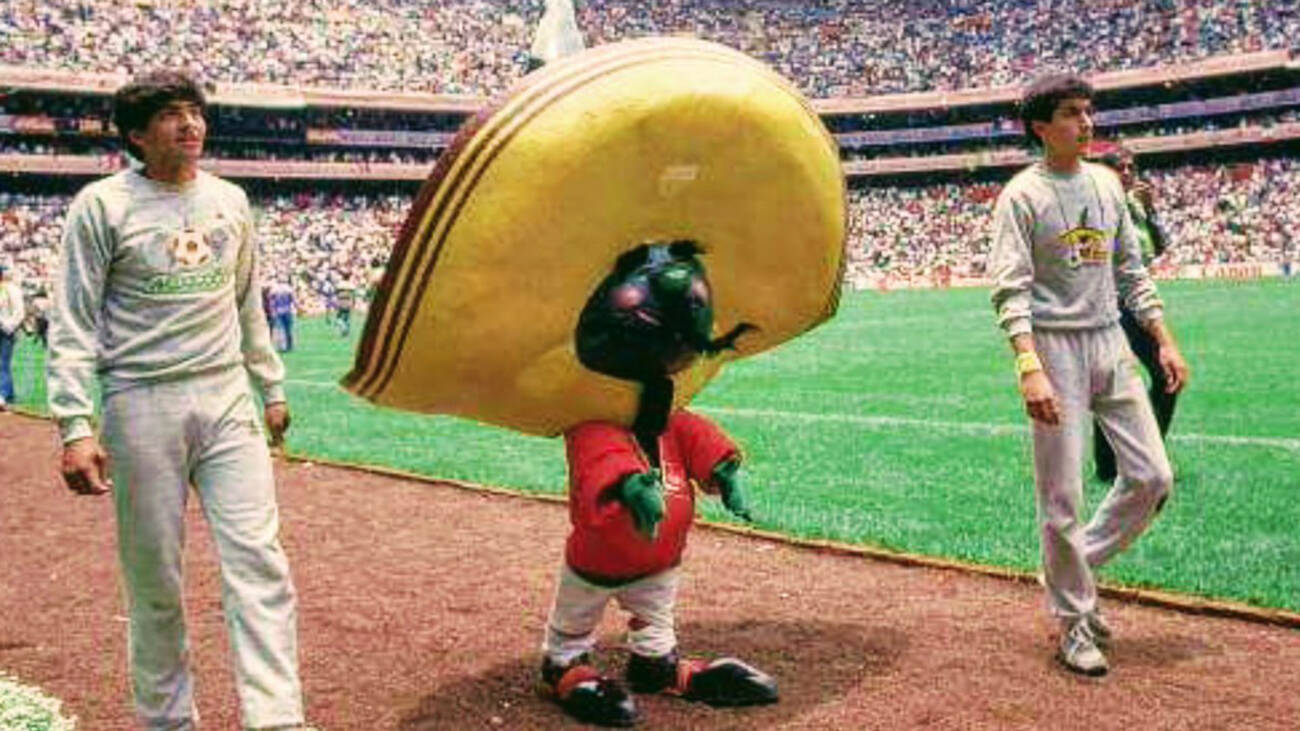 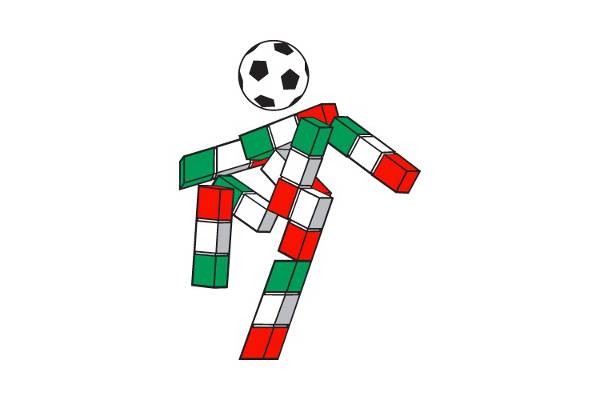 Almost never remembered when it comes to mascots, Ciao – which means Hi in Italian – wanted to pay homage to Italy, as you can see from its colors, and its importance in the history of art. For this, they chose this mascot formed by bars, following the trend of modern art, which formed a football player. As it was not possible to put a person to represent this mascot, they made it as a real work of art. 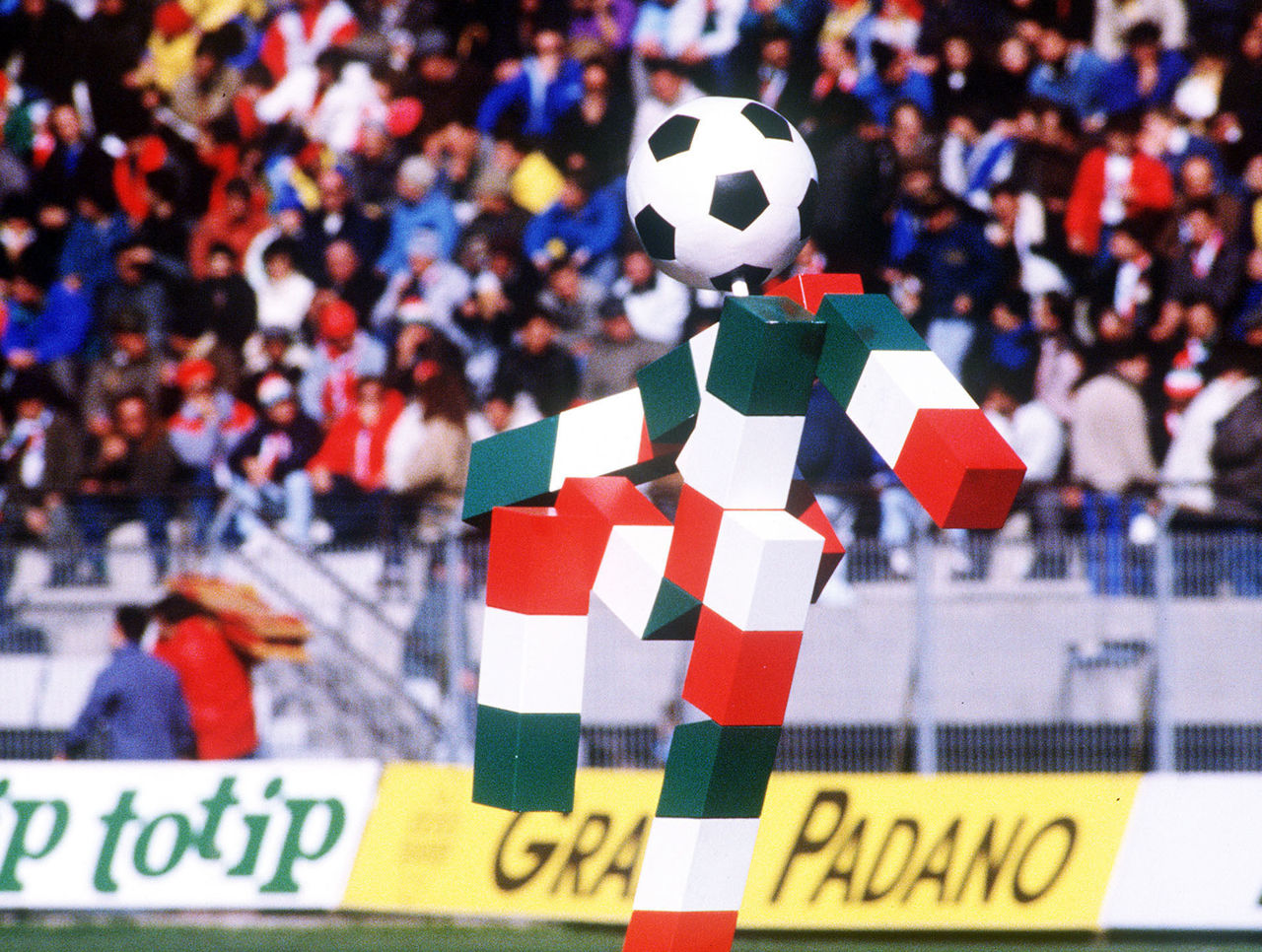 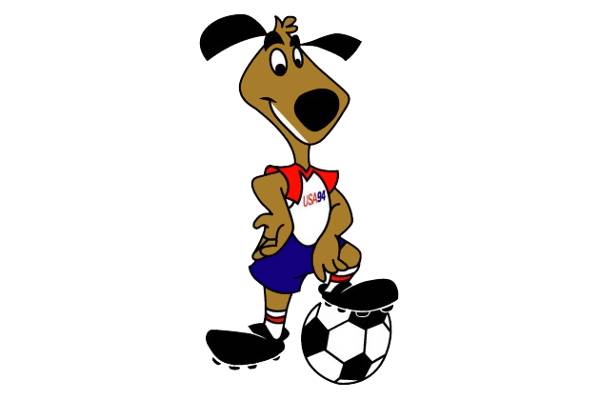 The challenge of making a World Cup interesting for the US public had a strong publicity appeal. The friendly Striker, which means “Attacker” in English, was chosen for the image of “Man’s Best Friend” and the feeling of proximity that this concept conveyed. Also, it was easy for Americans to associate dogs with balls. next to him, Pele, the King of Football, illustrated hundreds of advertising campaigns, promoting the event in several different vehicles. The result was a World Cup filled with people, and Striker ended up selling millions of toys, shirts, mugs and key chains. 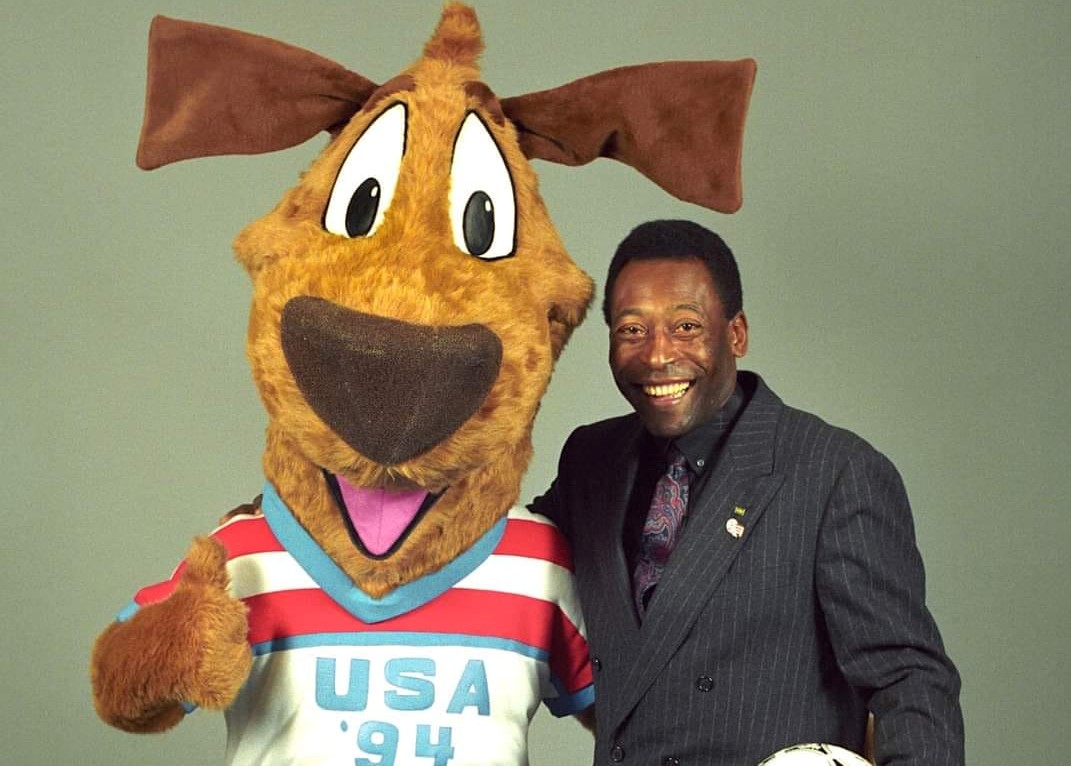 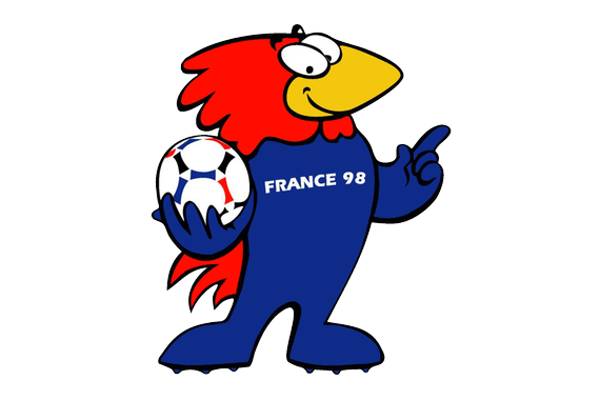 Iconic, the French Cup rooster Footix was one of the most popular mascots of all time. Friendly and with the colors of the French flag, he printed t-shirts all over the world and became a symbol of this edition. It is simply impossible not to look at him and remember the 1998 World Cup. His name is a combination of “Football” and “Asterix“, that character from the comic books. Oh, he was described as a big fan of Zidane, which he destroyed in that Cup. Its popularity is so great that even today, at French national team matches, some fans carry dolls and flags with them. Another curiosity is that he had a daughter, Ettiewhich was the mascot of Women’s Soccer World Cup 2019. 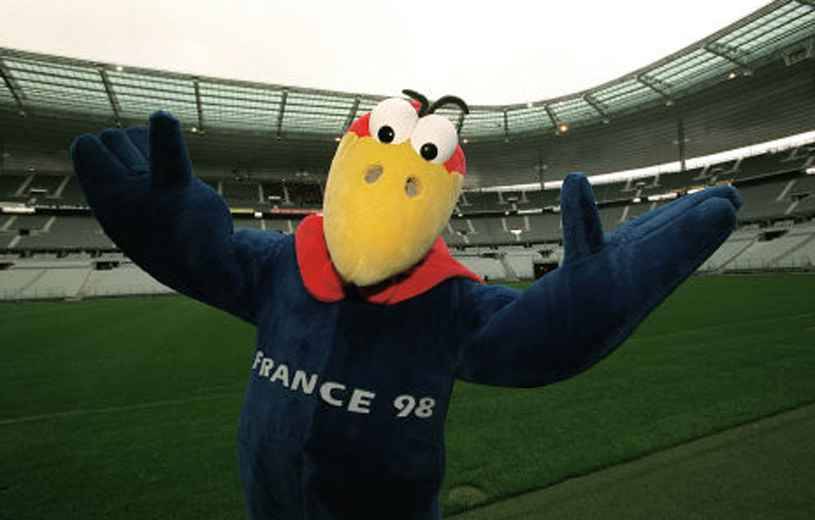 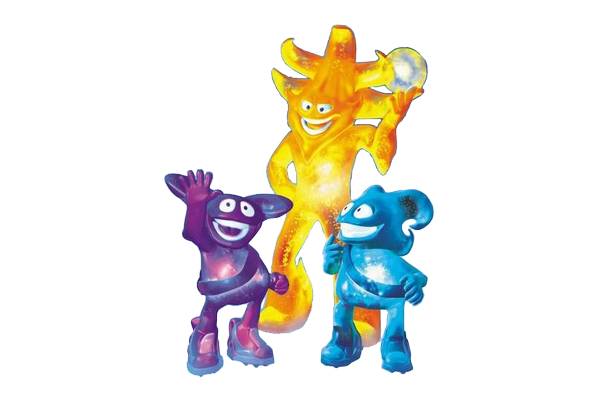 Played in Japan and South Korea, the 2002 World Cup had arbitration controversies and the first – and only – five-time champion in the tournament’s history, Brazil. Their mascots were the first 3D mascots of the Cup and were space beings known to the Spheriks, who played Atomball, and came to Earth to learn what the weather is like in a football stadium. According to FIFA, they represent the energy and happiness of fans during games. 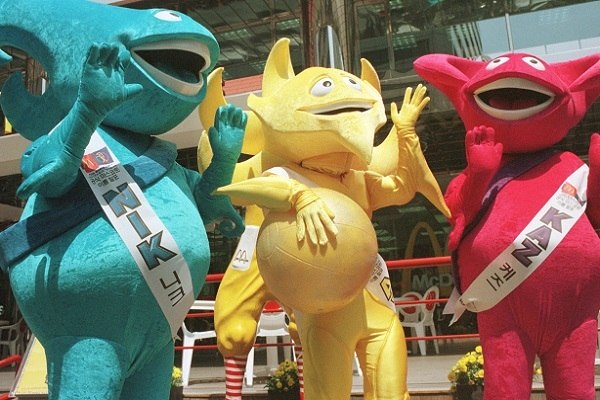 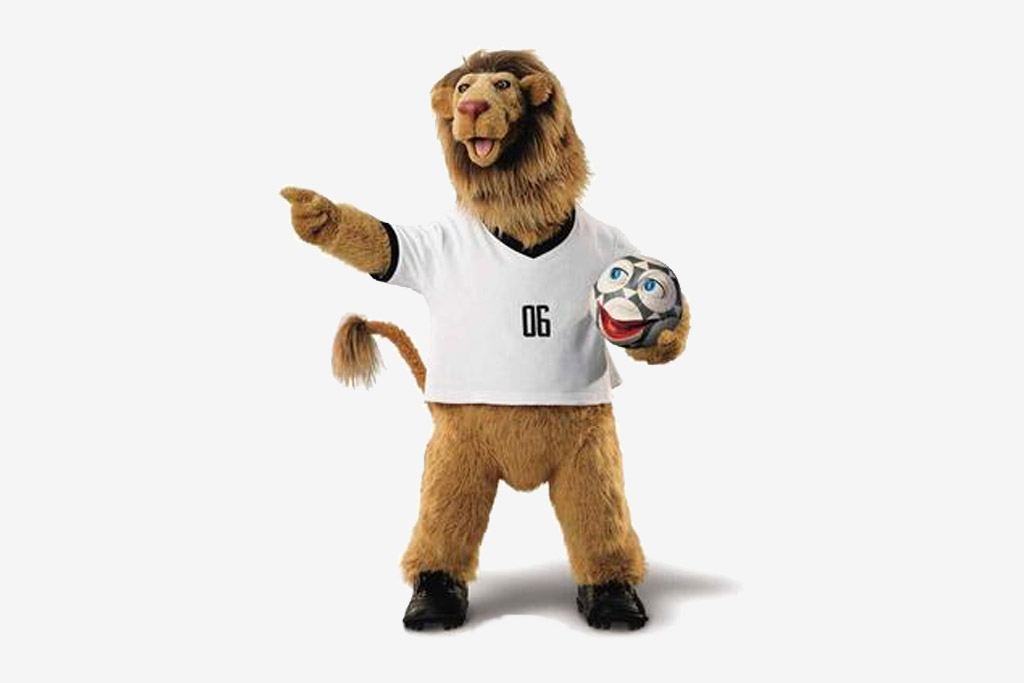 First animatronic mascot in the history of the Hearts, Goal VI was a talking lion and soccer player created by The Jim Henson Company and carried his best friend, pill, a talking ball. He wore a white shirt with black collars, just like the host team, Germany, and was heavily criticized by the Germans, as the lion is England’s mascot. Goleo comes from a family of footballing lions, and the name “Pille” is German slang for “Ball”. 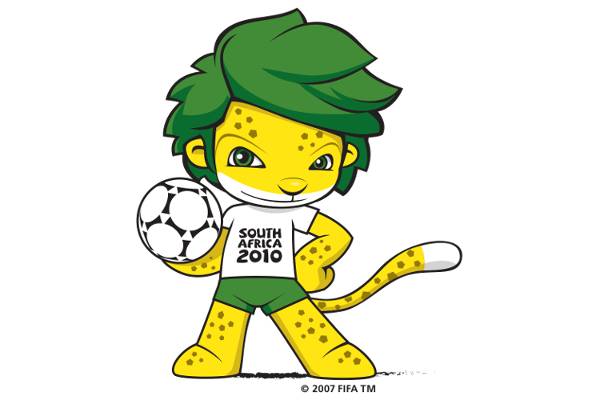 One of the representatives of one of the most iconic World Cups of all time, Zakumi is a leopard born in 1994, the same year South Africa was liberated from the horror of Apartheid. His name combines “ZA”, the acronym for South Africa, with “Kumi”, which means “10” in several African languages. His green forelock, which caused him to be mistaken for a lion, is painted by Zakumi himself, who chose this color to disguise himself in the Savannah. He also initiated the new FIFA standard of putting his mascots with white shirts and the edition name stamped on it. 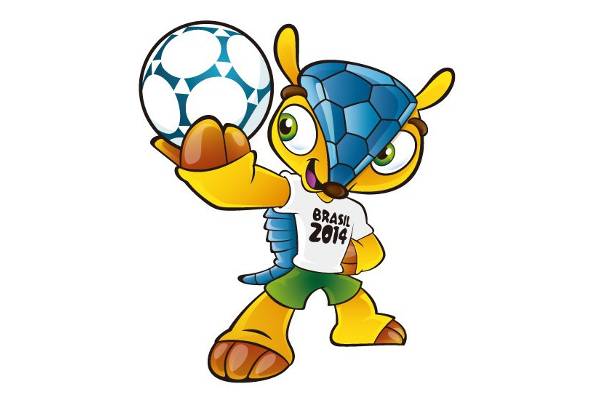 Mocked since always by its name, which is the junction of “Futebol” e “Ecologia”, the poor Fuleco was the mascot of the 2014 World Cup, played in Brazil. He is a three-banded armadillo, who was chosen to draw attention to the critical situation of his species, threatened with extinction, and for transforming himself into a little ball. However, he was almost not seen during the Cup itself due to a series of controversies. Starting with the name of the doll, which became a joke among Brazilians for remembering negative words, such as “fuleiro” and “furico”. To make matters worse, FIFA had proposed an incentive to preserve the Tatu-Bola, but did not honor the proposal, which generated a series of petitions against the entity. However, the repercussion of Fuleco’s surprise appearance in yesterday’s video does not deny: Brazil loves the mascotinho. Wronged icon. 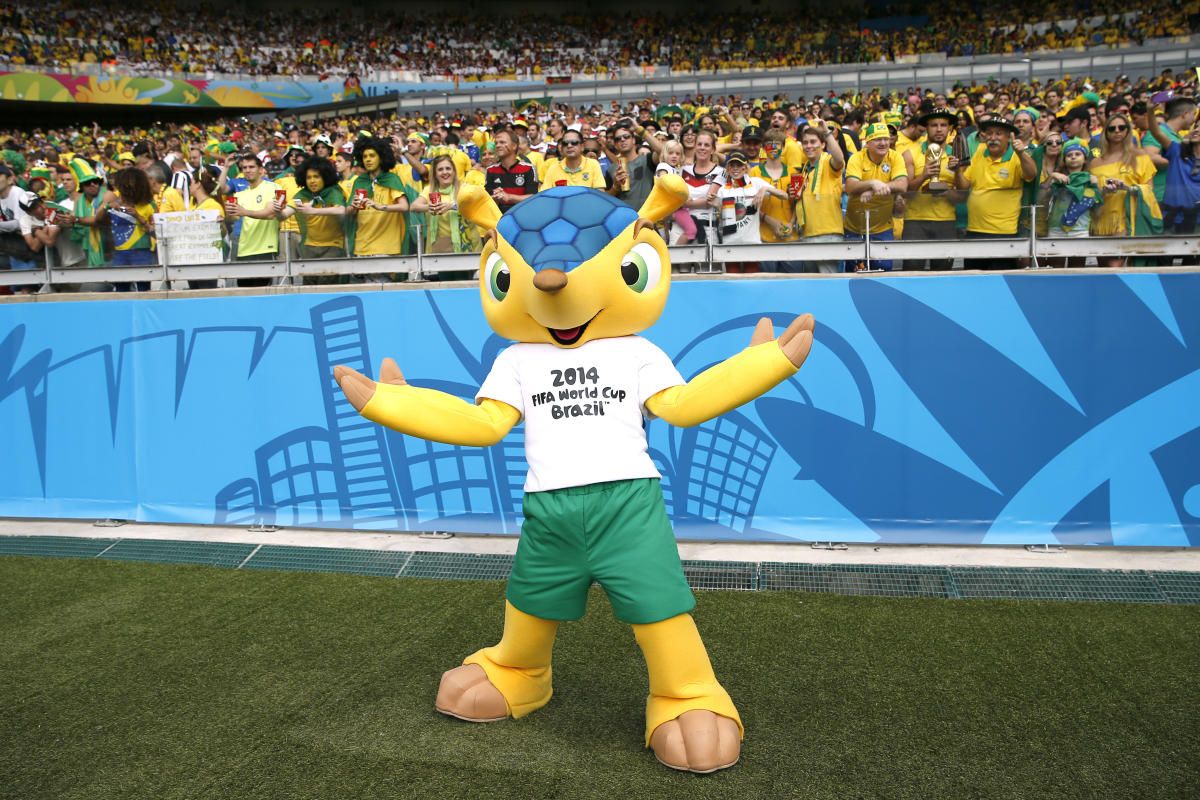 The Russian Cup mascot was the wolf Zabivaka, who also wore sports glasses. He won a popular vote that had over a million votes against a red cat and a tiger dressed as an astronaut. 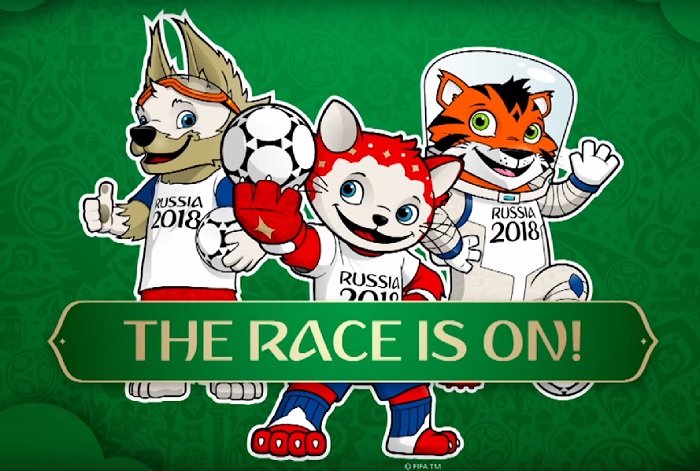 His name means “Gunner” and he was very popular in Russia, where he sold countless stuffed animals, coins, pins, mugs and vinyl toys. In Brazil, his strange name also became a joke, but what really stood out were his interactions with the mascot of the Brazilian team, the canary pistolwhich yielded several memes about the bird’s angry temperament.

The 2022 FIFA World Cup takes place from November 21 to December 18, 2022. This edition will be the first to be played in the Middle East and it had to be played in the last two months to take advantage of the Qatari winter, since the traditional mid-year period, when the World Cups are usually played, is summer there, making the thermometers reach temperatures above 50ºC, impractical for players and fans.