These titles for the month of April will be available until the 2nd of May. To redeem them, simply access the links below, log into an account with the active subscription service and click on “Add to Library“. So enjoy and do it now! 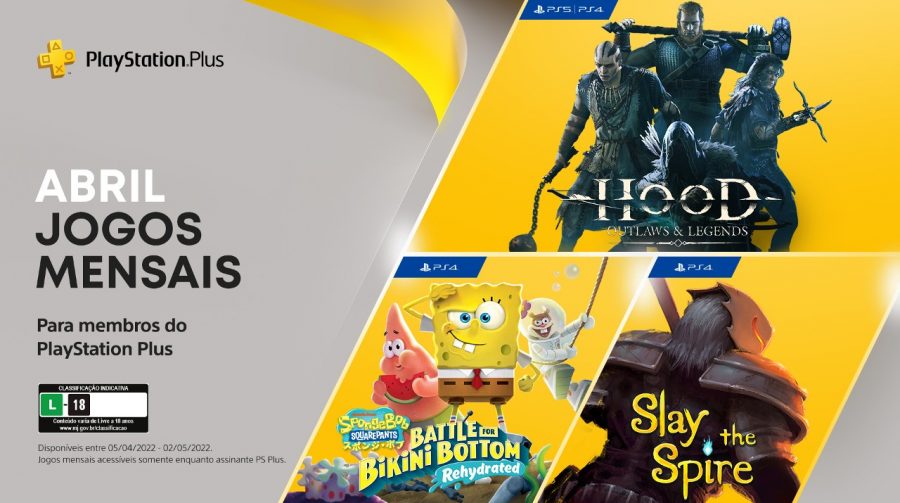 Check out more details and watch the game trailer:

Two teams of four players compete to pull off the perfect heist, in medieval environments patrolled by lethal computer-controlled guards. With each character’s unique and mystical abilities, steal treasure discreetly without being seen or master brutal and chaotic combat.

We’ve brought together elements from both card and roguelike games to create the best solo card game we could! Build a unique deck, encounter bizarre creatures, discover relics of immense power and prove yourself in Slay The Spire!

Play as SpongeBob, Patrick and Sandy and show Plankton that working for Mr. Krabs. Want to save Bikini Bottom from robots? It is clear! And bungee jumping in your underwear? Obvious! Want to join multiplayer? So get ready, the battle has begun!

‘DOG’: Channing Tatum and his dog embark on an emotional journey in the comedy trailer; Check out!

MURDER, intrigue and mysteries in the subtitled trailer for ‘Pretty Little Liars: A New Sin’