Anyone who thinks it’s just us is wrong to fall for April Fools’ jokes and lies, because this time, Tyrese Gibson‘, franchise star’Fast and furious‘ and which also plays an important role in ‘Morbius‘, ended up falling into an internet uproar. The actor believed that the filmmaker Martin Scorsese had praised for the Marvel movie released by Sony.

Same ‘Morbius‘ not being well received by critics, the actor posted several publications on his Instagram from fans praising the film, however, one in particular caught his attention, with the director Martin Scorsese saying that Morbius was the “highest level of cinema”. Without thinking twice, he shared the twitter post, which was accompanied by an image of Scorsese in front of a movie poster starring Jared Leto. 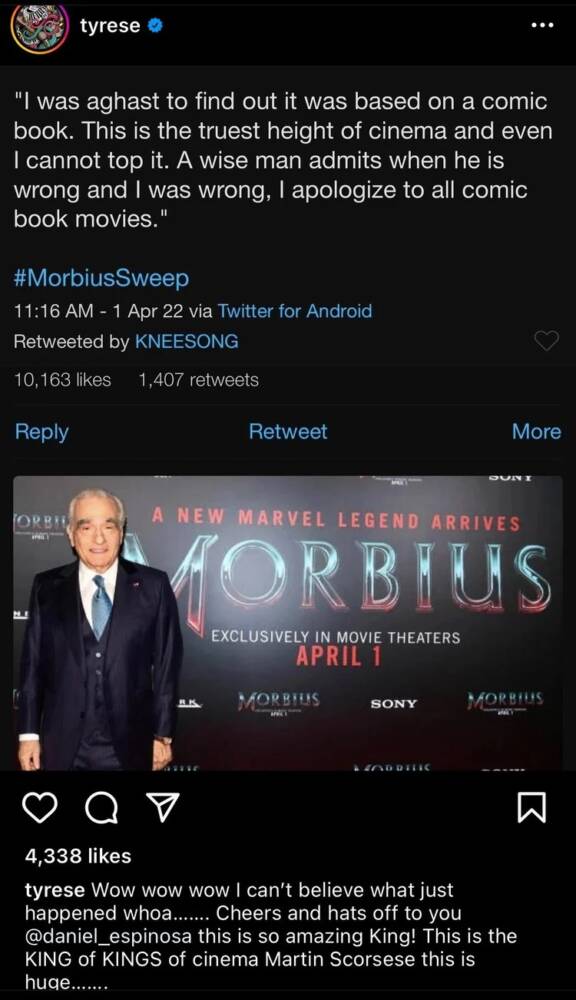 As expected, after Gibson discovered it was all a montage, he deleted the post from Insta. However, as everyone had already noticed, the record remained.

Scorsese’s fake post read: “I was amazed to find out that this was a comic book movie. This is the highest level of cinema and even I can’t get close. A wise man admits when he was wrong and I was wrong. I apologize for all the comic book movies.”.

While Tyrese Gibson celebrated enthusiastically: “Wow! Wow! Wow! I can’t believe this happened, wow… Cheers and congratulations to you, Daniel Espinosa, this is amazing, Rei! This is the King of Kings of cinema, Martin Scorsese, this is giant…”

Remembering that this is not the first time that the actor is confused with something related to the film in which he is a part. Some time ago he said in an interview that ‘Morbius‘ was set in the Marvel Cinematic Universe. However, as we know, even though it has connections with this universe, it is not part of the MCU. 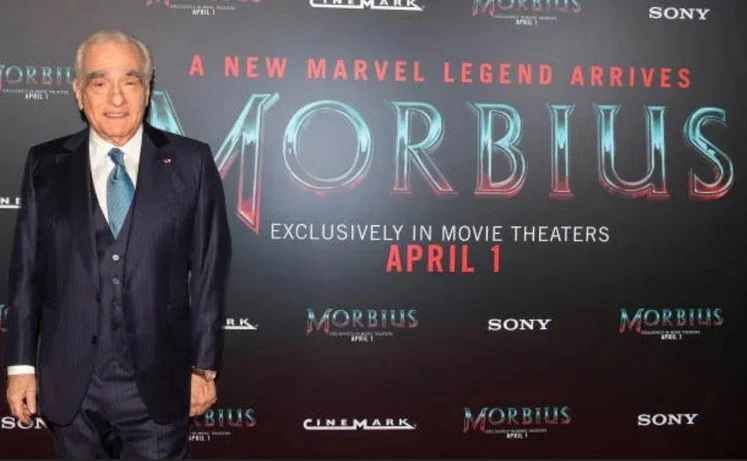 The debut of ‘Morbius‘ made the national box office soar 22% and the villain drew 450,000 viewers from Thursday to Sunday – grossing BRL 9 million.

After almost a month in the first place, ‘Batman‘ dropped to second position with BRL 4.1 million.

Check out the TOP 10, according to FilmeB:

In the United States, the film grossed US$39.1 millionafter being shown in more than 4200 movie theatersand proving that fans of Marvel and yes Sony Pictures are still invested in checking out more original productions.