Stripping away all the visual effects trappings of a good and expensive blockbuster, Dual it’s the more rooted kind of sci-fi, which makes its low budget one of its most valuable traits. Here, the human cloning system is already an open service and (almost) accessible to the public and when the apathetic and depressed Sarah discovers that her days are numbered – due to a terminal illness – she decides to prepare a copy to minimize the pain of her loss to her family and boyfriend. But upon being miraculously cured, she will have to face her other self in mortal combat, in which only one of the survivors – clone or human – will be given the right to live. 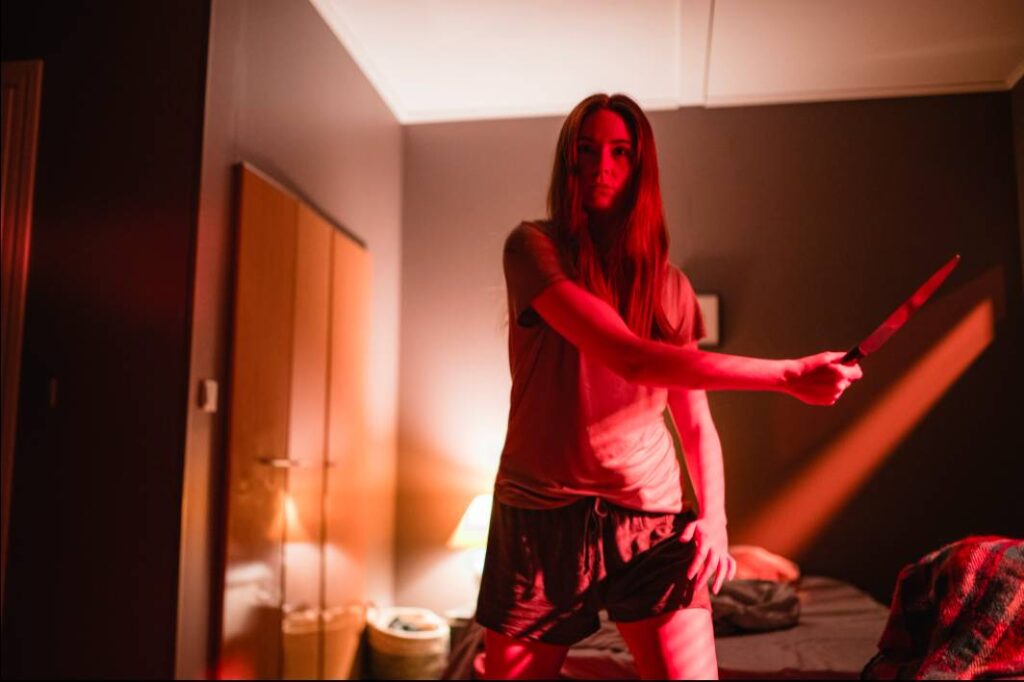 With a different and much more psychological approach to all the issues surrounding cloning, Dual is a thriller that solidifies the maxim of the sci-fi classics that often make it to the Sundance Film Festival. Reminding us that it is possible to create great original stories with limited resources, the filmmaker Riley Stearns leaves aside the sumptuousness and ostentation that normally prevail in the genre, to make room for a more authentic science fiction, which resides in the powerful construction of its characters and in its futuristic concept.

Entirely shot in Finland, the thriller makes a parallel between the icy atmosphere of the country and the behavior of the protagonists, who are always driven by a coldness and impersonality that borders on discomfort for the audience. Calculating and cold, they carry skepticism and apathy in their body language and make their dialogues and speeches unsettling experiences. There is always a kind of “climate pie” with each scene, urging us to want to understand more about this future where sentimentality and emotional intelligence were reduced to almost robotic human exchanges they were so cold and distant. 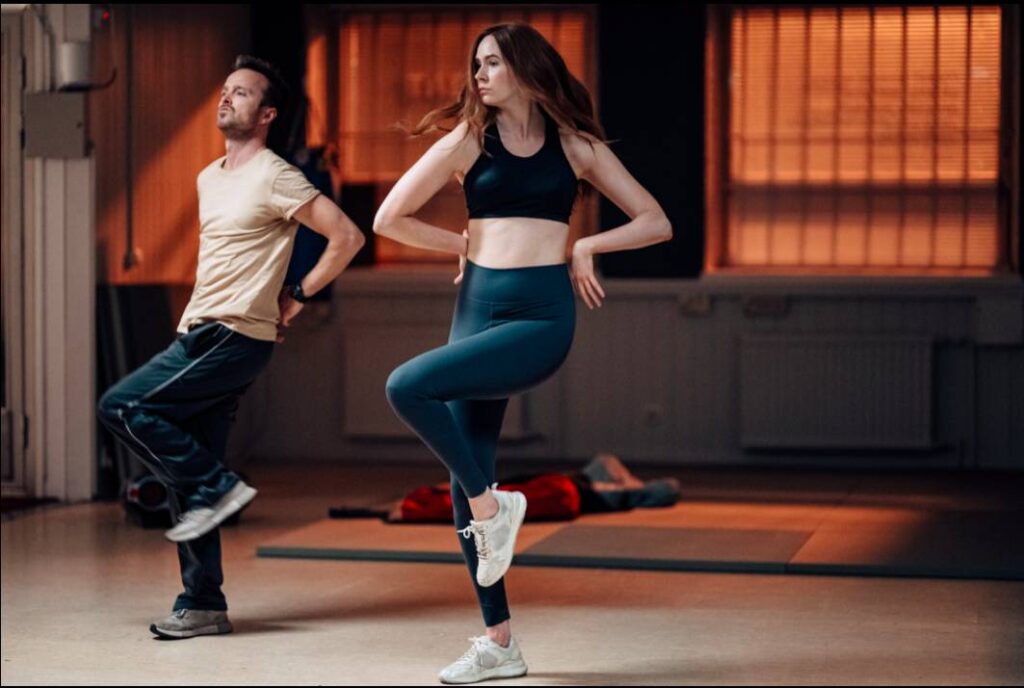 And it is in this context that Karen Gillan e Aaron Paul (Breaking Bad) deliver excellent performances, with the star of Guardians of the Galaxy assuming an extremely different persona from what we’ve seen in the past. With a heavy and dense voice, without any emotion in her dialogues and speeches, she gives life to Sarah, who, when forced to fight for her survival, begins to rediscover the value of life. Delivering a double performance, as an “original” and a “double” (as the film itself calls it), she dominates the screen from beginning to end and takes us into a spiral that addresses the most diverse subjects such as depression and even all moral imbroglios involving cloning.

Bringing soft glimpses of the same premise as The island – in which clones rebel against an “oppressive” system dominated by humans, Dual is deeper, ultra realistic and cyclical in its plot. Breaking down the two-dimensional concept that just living is enough, the director goes further in his debate and shows us that much more than being alive, it is necessary to know how to live. Dual makes an interesting debate about it and even subverts our understanding of the protagonist, as it presents the audience with a spectacular, original and very well directed thriller. An existentialist social satire, the comedic thriller of Stearns it’s the kind that confronts the audience in their own existential crises.

Still in production, ‘Guardians of the Galaxy Vol. 3’ breaks RECORD of ‘The Grinch’; Check out!