If you haven’t watched the first three episodes of moon knightavoid this article as it contains spoilers.

you blinked and moon knight it’s already halfway through. Well, there are only three more episodes to go and this third chapter ended up having a fall in that frenetic pace of the previous ones, which also goes through the change in the approach, which brought a more The legend of the lost treasure, which may upset some. Even so, the first half of the series ends with many easter eggssuggestions, confirmations and a huge range of possibilities for the final half. 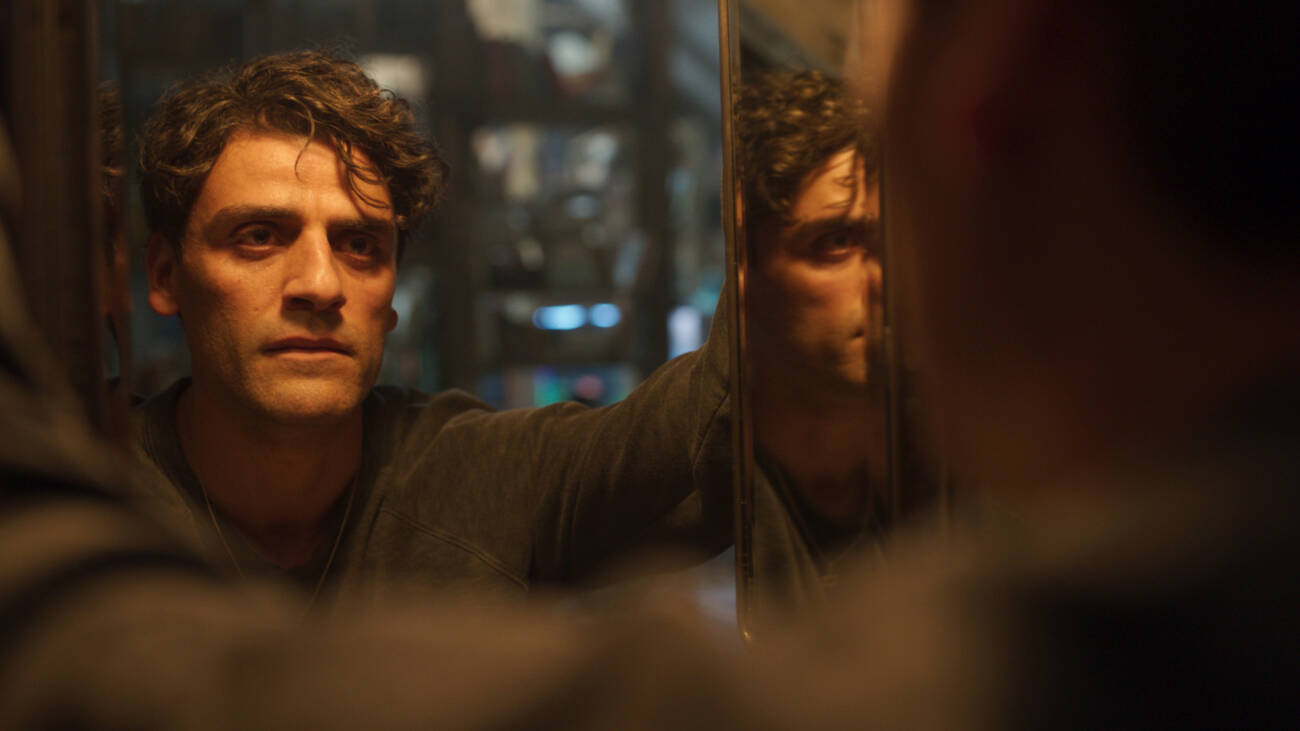 Set entirely in Cairo – or in a studio simulating the capital of Egypt, as you can see in some scenes where the CGI doesn’t help much – the episode starts full of action. Marc Spector (oscar isaac) continues its mental battle against Steven Grant (oscar isaac) by controlling his own body while the mercenary pursues henchmen/followers of Arthur Harrow over the roofs and streets of Egypt. Marc has no problem killing his opponents, but every now and then he ends up being hampered by Steven’s interventions, who hold his blows or just take his attention away, allowing him to be hit by enemies.

However, in the midst of this mental debate about what they can and cannot do, the duo’s body begins to have blackouts that don’t culminate in either of them taking control, as suggested by the reaction of the taxi driver and Harrow’s henchmen, who were walking around alive after the fight against Marc. And since neither of the two personalities remember what happened, this is a strong suggestion that a third personality may have taken over the body in the meantime. In the comics, this personality is Jake Lockley, who works as a taxi driver and gets information. Perhaps the series adapts this personality as aggressive but conciliatory. Something like a middle ground between Steve and Marc. This is worth paying attention to in the coming chapters. This other suggestion is practically a confirmation. Throughout the entire episode, the Layla from May Calamawy flirts with her past, which has yet to be revealed. Since it was announced, the character has been defined as new, created especially for the series. But the evidence of her past constantly cited in this chapter practically confirms that she is a version of Marlene, love interest of the anti-hero in the comics.

That’s because they talk about the young woman having a trauma regarding the loss of her father, who worked with archeology. Later, when the pair are investigating the sarcophagus of the Pharaoh who ordered the construction of the pyramids, Arthur Harrow (Ethan Hawke) confronts Layla and tells her that her husband Marc has never told her the truth about his past and how it directly affects the trauma she develops towards her father.

Well, in the comics, Marc Spector was part of the mercenary group that looted Marlene’s father’s expedition. He tells her boss, Raoul Bushman, that the archaeologist was trying to attack him, which results in the death of the girl’s father. Upon learning of Marlene, Bushman tries to kill her as well, but Marc rebels and tries to stop him. This leads to him being accused of treason and ends up being beaten and left to die in the desert, until he is resurrected by Khonshu and become Moon Knight.

It is practically certain that the next episodes will bring an adaptation of this, even for some behind the scenes images that suggest this moment. 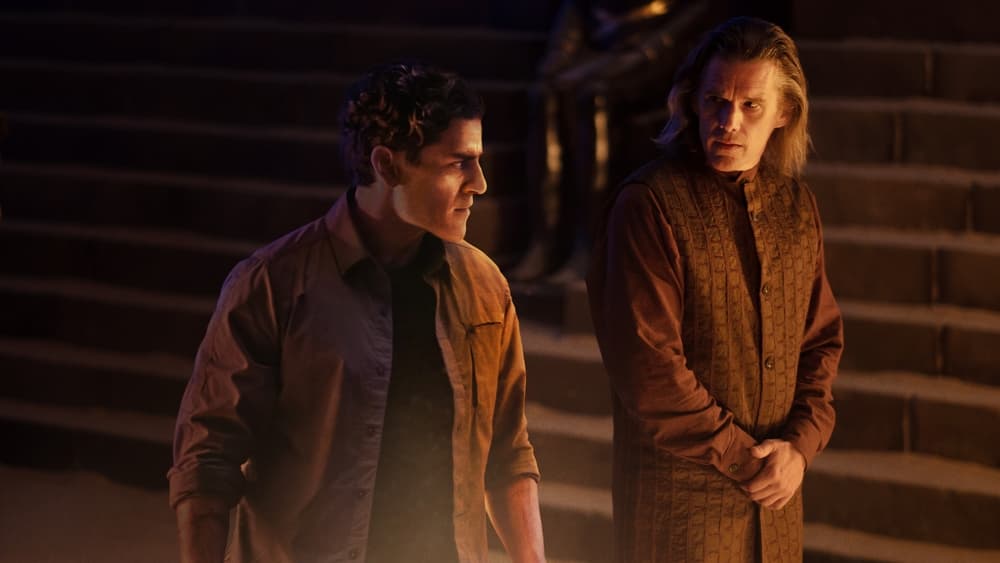 Speaking of Arthur Harrow, despite him not being as prominent as in previous episodes, he is fundamental to the plot of the third chapter. In addition to implanting this doubt in Layla about the secret Marc hides from her, he manages to manipulate Anton Mogart it’s at Eneadwhich makes its debut at the MCU being effectively portrayed as gods rather than aliens.

In fact, it is still a bit early to take this approach, as the justification for the Egyptian gods having “abandoned” humanity is very similar to that presented by the divine figures in eternal (2021), which were nothing more than celestial robots. So there may still be a twist in this case. But for now, the Ennead was presented as a group of real gods, able to choose their representatives and alter forces such as space, creating portals, and time. And between us, the director is Egyptian. I don’t think he would trivialize his own culture that way. 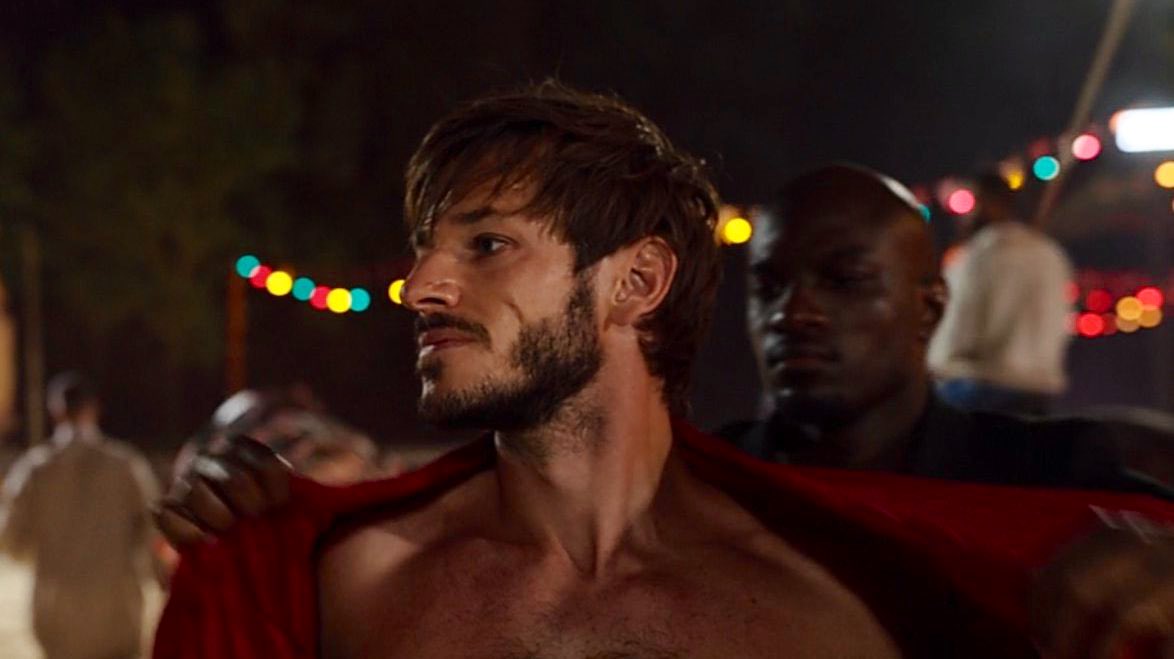 Before talking about these powers of the gods, it is nice to point out the participation of the deceased Gaspard Ulliel What Anton MogartThe Midnight Man. His representation was very faithful, even without wearing the cartoonish black uniform. In the comics, he is a rich man who acts as an international dealer in arts and historical pieces. In the series, he is portrayed as a rich man who is fascinated by Egyptian history and defines himself as a preserver of memory through the pieces of his private museum. Which is nothing more than a charlatan way of saying that he is an international trafficker of arts and historical pieces.

During his conversation with Layla, he remembers that they had a history in madripoor. In case you don’t remember, the island was introduced to the MCU last year in Falcon and the Winter Soldier. Madripoor is a place dominated by international criminals, perfect for trafficking dealings and other illegal activities. In the comics, the place is associated with the X-Menmainly to the Wolverine. And as the region has been mentioned every now and then in the MCU, which will introduce mutants in the coming years, it could be that Madripoor becomes center stage for this nucleus.

Returning to the gods, Khonshu accepts Marc’s proposed ultimatum to summon the Ennead and seek their help to stop Harrow from freeing the Ennead. Ammiteven though it could end with him being trapped in a rock, which it does.

Khonshu is shown to be a not-so-loved god among his own, who despite being very powerful, seem to have an almost irritating presumption of innocence. However, to get the attention of these gods, the Khonshu uses his powers to generate a lunar eclipse in the middle of the afternoon and, later, makes the sky go back in time by more than two thousand years, recreating the night that would make it possible to find Ammit’s tomb. before Harrow. These skills are fantastic and create the most amazing visual moment in the series so far. 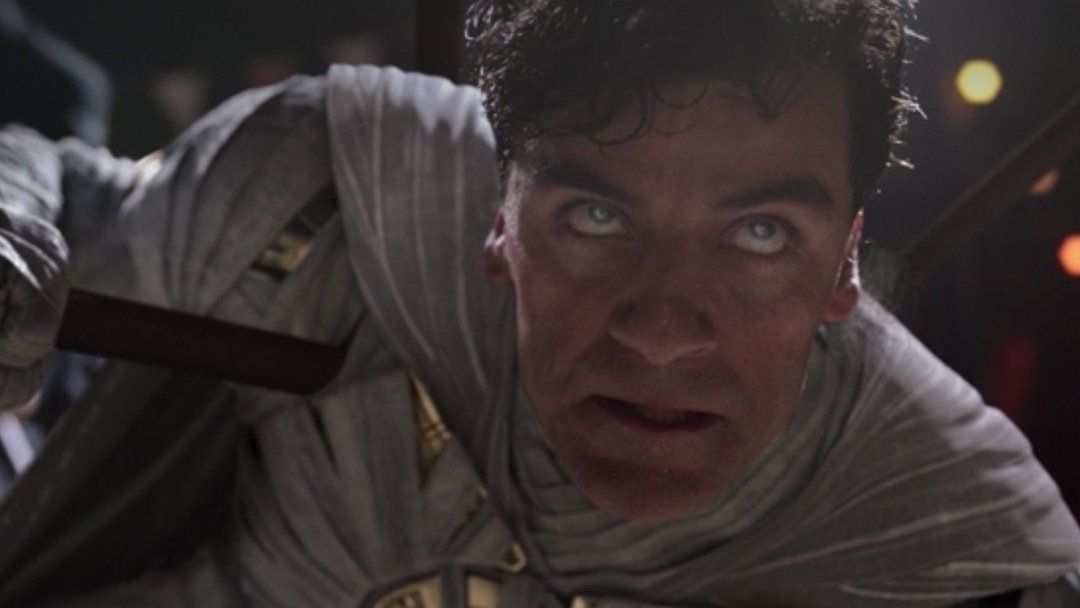 Finally, being repetitive, there is no way not to praise again the work of Oscar Isaac, who moves very easily through his roles in the series. In this episode, the direction puts aside the representation of personalities through the mirrors and starts to bet more on unusual reflexes, such as the enemy’s knife, and on the physical transition, which requires a fantastic job by Isaac, who changes his physiognomy from one scene to another with perfection. Among the great positive highlights of the series, none is greater than the work of Oscar Isaac.

So that’s it, next week’s episode should mark the beginning of the end, likely bringing a conflict between Marc and Layla, as Marc will need to choose whether to pursue Khonshu’s release to help stop Ammit from coming, or enjoy his life without the god peeping in your ear.

The new episodes of moon knight debut every Wednesday at Disney+.

‘The Umbrella Academy’: Characters Face Yet Another APOCALYPSE in Season 3 Commemorative Poster; Check out!

‘House of the Dragon’: Discover the family tree between Rhaenyra and Daenerys Targaryen