It’s impossible to talk about the franchise Panic (Scream) not to mention (always) the importance the original had to slasher horror. Written by Kevin Williamson and directed by Wes Craven (one of the great masters of the genre), Panic not only did it revitalize a subgenre straight out of the 80s, but it was also responsible for the use of more conscious humor and metalanguage than ever before in films like this.

Naturally, such a success – which made many critics consider it one of the best films of the 1990s – generated a sequel the following year. Planned as a trilogy, the third feature took longer to come out of the oven due to the impasse with the protagonist Neve Campbell (Craven didn’t want to make the film without her), which ended up taking the screenwriter Williamson of play, staying out of his first Panic. But behold, eleven years later panic 4 it was out of the role, with the whole troupe of actors, Craven in the direction and Williamson in the script, going back to the roots. It was the band meeting.

And that’s exactly what we’re going to talk about here. panic 4the franchise’s belated and, shall we say, underrated sequel completes 11 years of its theatrical release in 2021.

As a way of honoring this late Panic, which does not receive the attention and value it really deserves, we decided to comment on some curiosities about this feature that fits perfectly into the franchise. Oh yes, I should also mention that the text contains spoilers, with plot secrets. If you haven’t seen the movie, come back to the story after you’ve seen it. Check out.

panic 4 it was intended to be the start of a new trilogy, with a fifth film already in pre-production by the time this one was released. In addition to the main trio (Campbell, David Arquette e Courteney Cox), Marley Shelton (who plays Officer Hicks) and Hayden Panettiere (Kirby) would also return. However, according to reports, the death of Wes Craven (in 2015) and the TV show Scream, by MTV, also released in 2015, put an end to the dreamed new trilogy. However, the $97 million worldwide box office (on a $40 million budget) and lukewarm critical ratings (60% approval) are factors that may also have cost the fifth film to continue at the time. The new chapter will actually come out next year, with another eleven years apart. 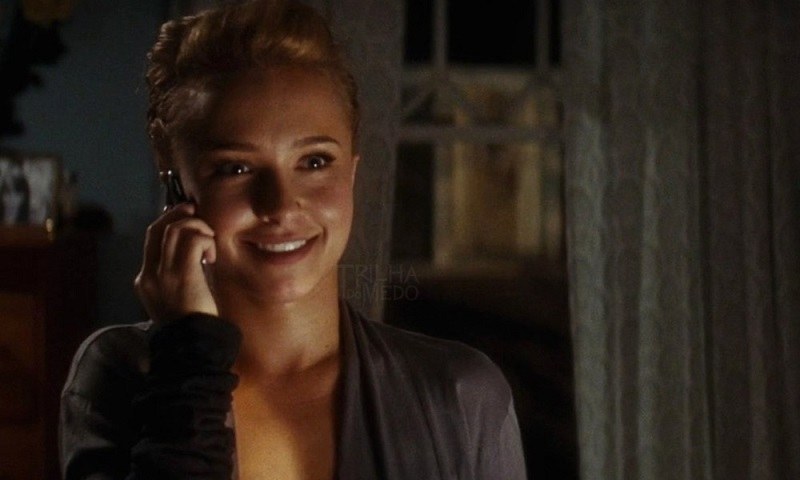 As stated above, Kirby (Hayden Panetierre) would be one of the returning characters in an eventual fifth film, planned for a release shortly thereafter. Many fans even ask on the internet that the blonde be included in the cast of the new Panic (2022). Others may scratch their heads wondering how she would get back if she died here. It turns out that the original script contained a scene where the character’s survival would be clear – the section ended up being cut. However, the very Wes Craven a DVD commentary stated that Kirby was alive and we can see in the scene of her attack that she keeps moving. 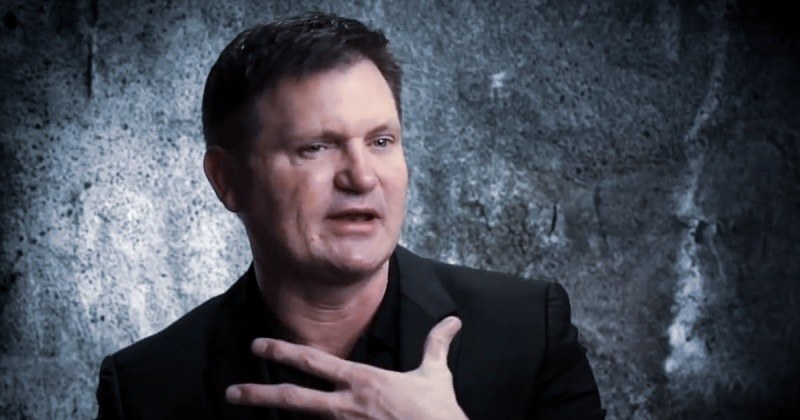 While many have celebrated the return of the original screenwriter Kevin Williamson to the franchise (after being left out in panic 3), things didn’t go as smoothly as everyone might think. According to reports, the writer’s relationship was so bad with the producers, the brothers Weinstein (Bob and Harvey), resulting in numerous conflicts, which they ended up bringing Honor Kruger (third-party writer) back to rewrite excerpts and scenes. Williamson expressed his displeasure at the film’s release, however, the filmmaker Wes Craven threw warm cloths stating that the backbone, main ideas, concept and history of the colleague were maintained and that Kruger made only minor adjustments. 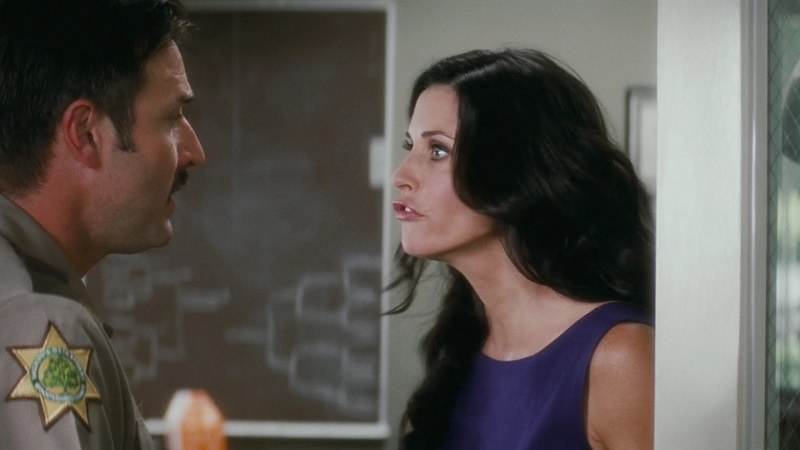 As everyone knows the actors David Arquette e Courteney Coxinterpreters of police officer Dewey and reporter Gale Weathers, met behind the scenes of the first Panic (1996) and after the second (1997) they got married in 1999. In the third (2000), Cox even uses the name of the then companion in the credits. However, every dream ends one day and the couple’s relationship came to an end, with the announcement of their separation in 2010. That is, during the recording of panic 4, the acting duo had to be professional and go through the pain in order to complete the production. We can notice that Courteney Cox no longer uses the surname Arquette in the credits of the fourth film. 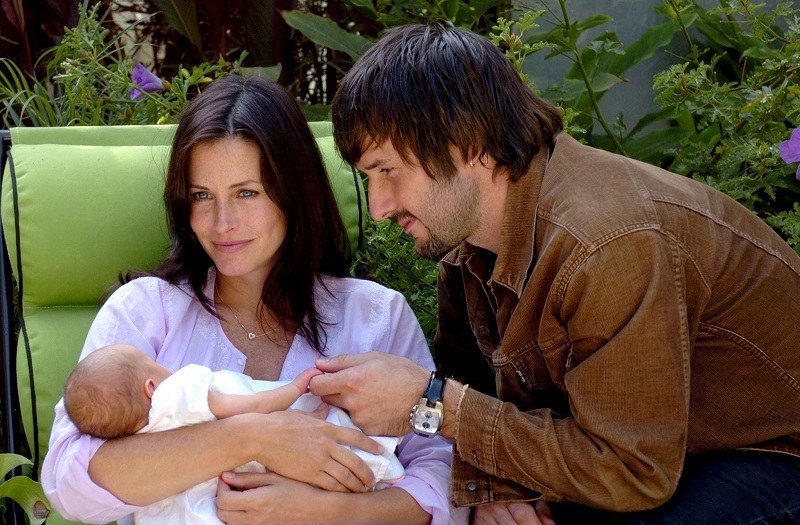 In one of the first versions of the script, the couple Dewey and Gale would have a child in the fourth film: a baby. However, remembering the maxim of how problematic it can be to work with children and animals on a movie set, the idea was changed. And you, would you like to have seen the couple as parents of a child? 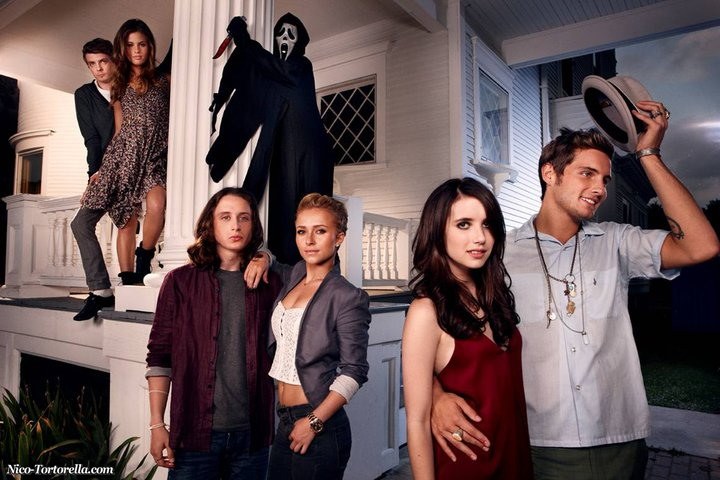 panic 4 is the first in the franchise to be more intimately connected with the world we have today. In the first movies, cell phones and the internet were still in their infancy. In the fourth, we have blogs, webcams, Facebook and Twitter in the midst of society. However, this element would be even stronger in the script. In one of the first versions of the text, instead of the already iconic phone calls, the killer would use social networks, especially Facebook, to communicate and terrify his victims – something that occurs in one of the opening scenes. In the opening also the characters Rachel and Chloe (Anna Paquin e Kristen Bell) play with the fact in a gag of the dialogue. 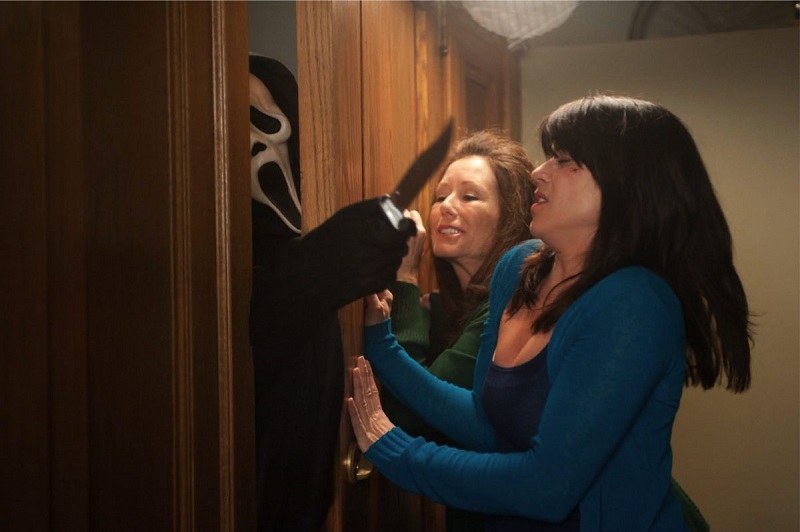 Second Wes Craven in a director’s commentary, the film’s opening would be different. Originally, the beginning of the film would take place at a party celebrating the completion of Sidney’s book. At the scene, Ghostface would appear and attack Sidney, seriously injuring her. The rest of the film would take place three years after the event. However, once again the brothers Weinstein, the producers, stepped in by interfering. According to them, a time jump would disturb the rhythm of the film. And you, what do you think? 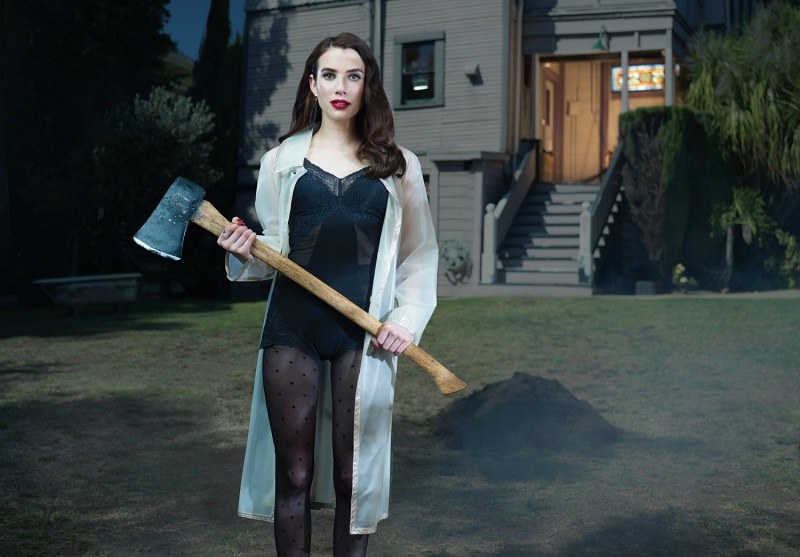 Today, the young Emma Robertsniece of Julia Roberts, has numerous works in the horror genre in her career, to the point that some fans consider her a new Queen of Scream. Series like American Horror Story e Scream Queensand movies like The Envoy of Evil and the Hunt prove it. However, it all started here with panic 4which was the first incursion of Emma Roberts in the horror genre in his career. And what role! We can say that the girl started off on the right foot. 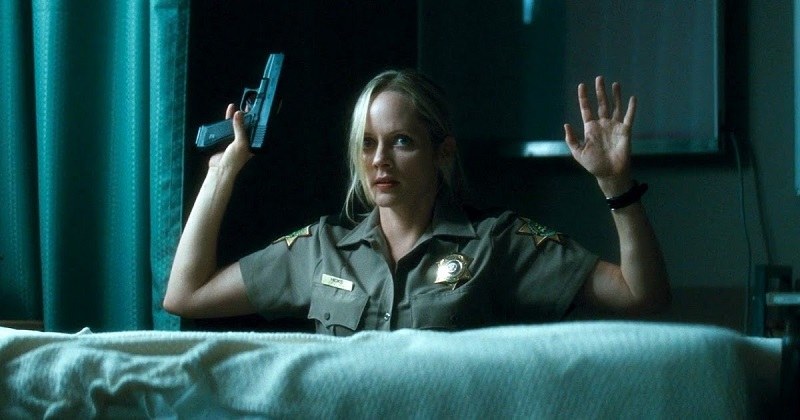 Above I commented that although she seems to have been killed in the movie, Kirby (Hayden Panetierre) raised a question, for the first time in the franchise, about whether a character had survived. Fans want her back and even the late Wes Craven claimed that she had stayed alive. However, with another horror blonde, something different happens. Police officer Judy Hicks (Marley Shelton) although it clearly survived the film’s denouement, this was not the initial idea. In an early version of the script, the police officer would be eliminated off-screen (when a character is killed without us seeing it) and her corpse would appear found by Sidney at the climax of the story. Police officer Judy Hicks is confirmed in the fifth film, thankfully, as it was one of the nice additions here. 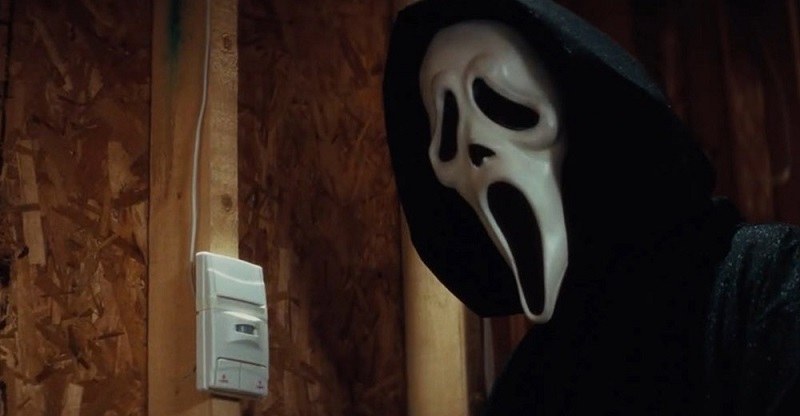 It must be the cheapest to participate in the creation of a movie script Panic and being able to closely monitor who will be the murderer of the time in the plot. Most of the time it makes perfect sense in the story and the revelation is always a surprise (cough cough – apart from you panic 3 – cough cough). And the fourth film is no different. However, it wasn’t always like that. In one of the script treatments, it would be revealed that Ghostface, or one of them, would be Trevor (Nico Tortorella), Jill’s boyfriend (Emma Roberts), further emulating the first film. Precisely for this reason, for being very close to the original feature, the idea was vetoed.

Another one that ended up outside was the one that would bring the policeman Hoss (Adam Brody) as one of the assassins. This proposal is even interesting. First, because it would give greater importance to the character, who practically enters silently and leaves silently, and we can even notice certain suspicious behavior on his part in some scenes (which corroborates the fact) – although here everyone acts suspiciously on purpose. However, having an agent of the law as one of the criminals would bring a novelty to the franchise.

The Price of Wes Craven 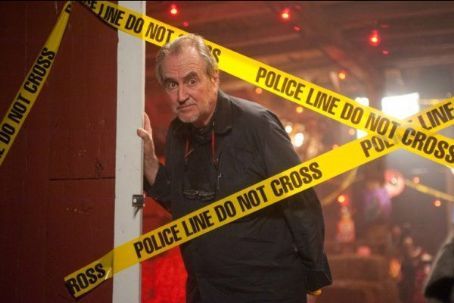 Many may not realize it, but it was something of a tradition for the franchise. Panic bring a tip from the director Wes Cravengiving their best Alfred Hitchcock (another who loved appearing in silent parts in his films). That is, taking the first Panic, that everyone is tired of recognizing him as Freddy the janitor (in Freddy Krueger’s attire) in the high school hallway. However, the director also appeared in panic 2like a doctor in the hospital, and in panic 3as a tourist in the studio behind Jay and Silent Bob (Jason Mewes e Kevin Smith). The joke would occur again in panic 4, with Craven even asking fans on Twitter which cameo he should do in the film. In the end, the filmmaker ended up playing the coroner in a morgue scene in which he examines Jenny’s corpses (Aimee Teergarden) and MarnieBritt Robertson). But do you remember this scene? Me neither. As it turns out, she ended up being deleted from the film, and can only be seen in the film’s DVD and Blu-ray extra material. 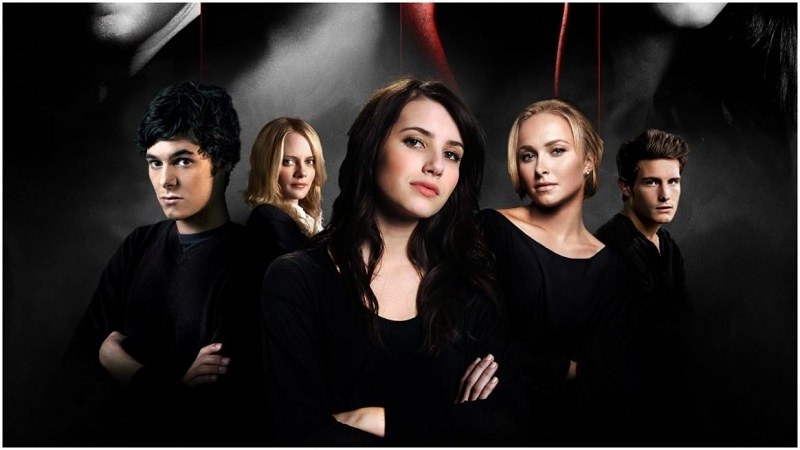 Wes Craven is a true master of horror. In addition to the franchise Paniche was responsible for creating one of the biggest movie maniacs, none other than Freddy Krueger in The nightmare time, franchise of which he directed two features, including the first. There are many pearls, but also some slips. Nothing that takes away his shine as a prominent and eternalized director of the genre. His last film work, sounding like a farewell, was here in panic 4, in 2011, ten years ago. The director would leave us four years later, in 2015.

Scream 4 turns 11 | Selena Gomez, Christina Ricci and other actors who ALMOST participated in the movie…

Ali Larter fights for survival in trailer for thriller ‘The Last Victim’; Watch!

Ali Larter fights for survival in trailer for thriller 'The Last Victim'; Watch!

‘Wendell & Wild’: New animation from the director of ‘Coraline’ gets a release date!