Wisteria Lane is not a place like any other. Of course, despite the suburban and beautifully maintained facade of all its residents, and even the apparent good coexistence among its neighbors, terrifying mysteries lurk behind the big houses on the quiet street. Mysteries that no one would ever imagine would be able to remain guarded for so many years, buried in hearts bruised with trauma and frightening ghosts. And that air of suspense, mixed with the best of comedy and lovely family drama, is what makes ‘Desperate Housewives’ one of the most enjoyable and interesting series to follow, from the irreverent pilot to its series finale.

It’s all too easy to judge a book by its cover—or, in this case, a series by its poster. When we come across trailers and publicity about the show created by Marc Cherrywe immediately think of a melodrama, à la soap opera, which will bring one-dimensional characters in a monotonous and predictable linearity. However, the most incredible thing is how wrong we were to doubt the capabilities of the showrunner and the applaudable artistic team – and, without a shadow of a doubt, those who steal the show at every turn: the desperate housewives. You can forget the melodic and stereotypical perfection of ‘Perfect women’ or any other work of the genre: here, all the protagonists are different from each other, diving into very structured arcs and being more complex than their husbands. 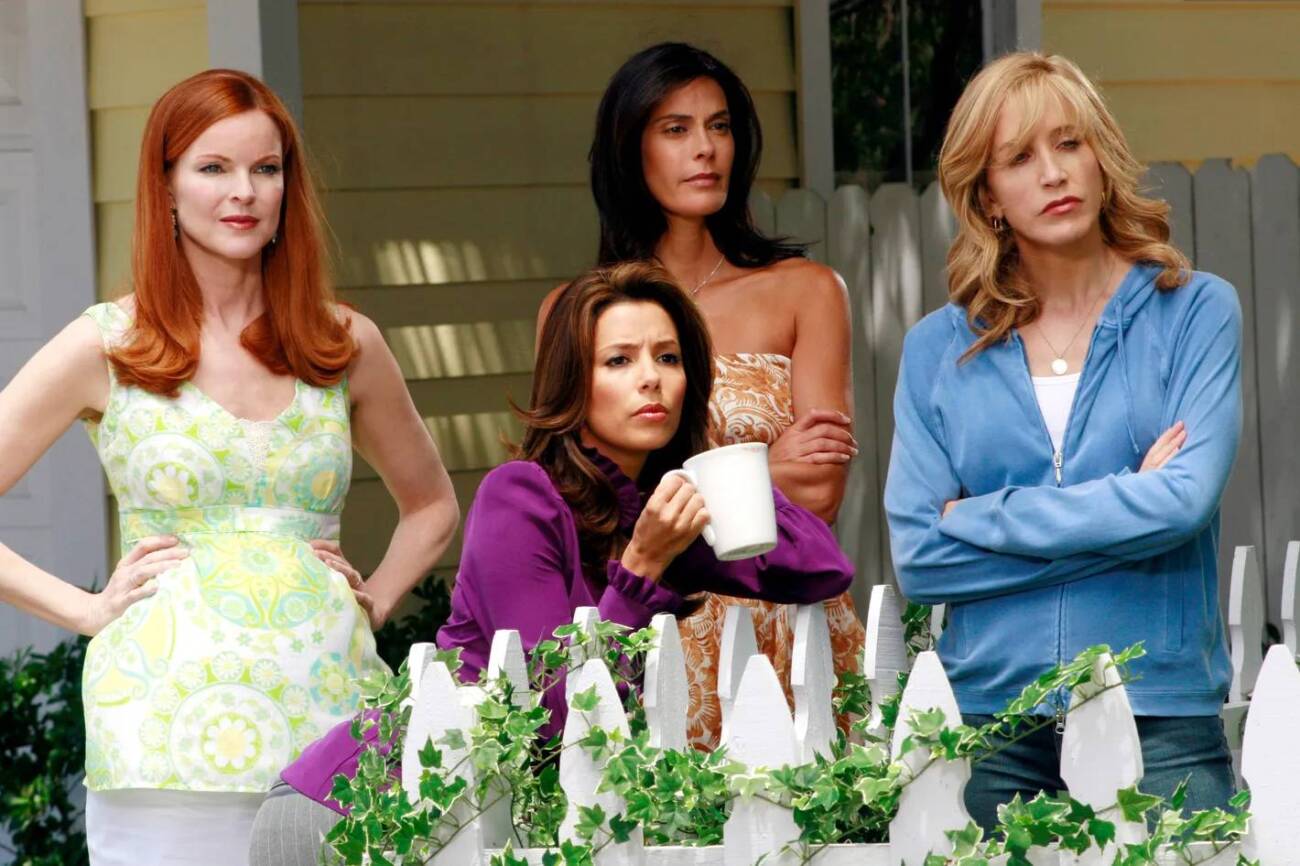 In this way, Cherry manages to do the “impossible”, so to speak: to maintain himself at a very high tragicomic level and deconstruct the dramatic genre into engaging and passionate subplots. And that starts with the pilot episode, in which the posthumous narrator, Mary Alice (Brenda Strong) receives a letter and shoots himself in the head, triggering frightening events that show that no one is what they really seem to be. The unexpected suicide could very well be overshadowed by the other stories that permeate the background, but both parties share the scene equally, sometimes leaving a little more space for continuity and plot twists to gain a more endorsed structure. It is in this environment that the four main faces emerge, built in the forms of Susan (Teri Hatcher), Bree (Marcia Cross), Gabi (Eva Longoria) e Lynette (Felicity Huffman).

In the first chapter, we realize how women are very different from each other, which, in a conventional scope, would be the basis for turning them into enemies. But it’s these differences that unite them as best friends and upset her more than they should: Susan deals with her ex-husband’s betrayal and with her attempt to reconcile her professional and personal life, being constantly trimmed by her daughter Julie (Andrea Bowen); Bree maintains herself as “the perfect wife and mother”, not realizing that she is not pleasing her family until her husband files for divorce; Lynette abandoned her advertising career when she became pregnant with twins, observing Tom’s career (Doug Savant) while she was stuck at home with children; and Gabi, a former model, seems to have the perfect marriage, but in fact she is unhappy with such a controlling husband and cheats on him with her gardener, seventeen-year-old student John (Kyle Searles). 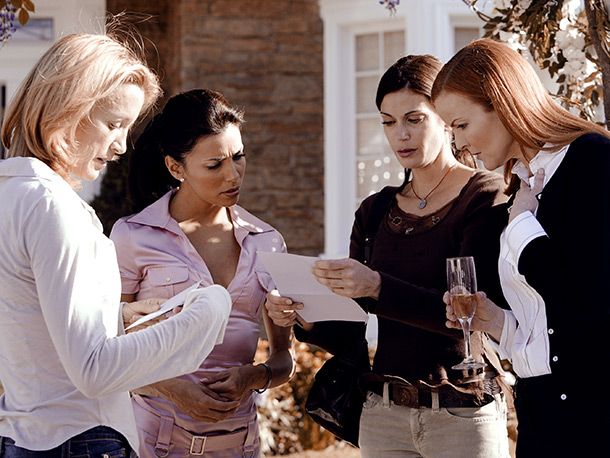 It would be very easy for a production like this to plunge into an unbreakable cycle of formulas and cliché events. However, Cherry architects everything with great care, knowing exactly when and where to put the twists, and when to stick to comedy at the expense of unnecessary drama. According to the persons find progress in their arcs, more lines are present, such as a new neighbor who comes to try to change Susan’s sad wave of separation, or a mother-in-law who arrives by surprise to try to discover an unforgivable betrayal and avenge her “wonderful son”. But what seems to unite the supporting characters and protagonists is the murder of Mary Alice – and the appearance of Mike Delfino (James Denton) appears to be the key to unlocking the mysteries behind the Young family.

It is not only the main plot that steals our attention, but also the competence of its aesthetic and artistic part. In addition to the art direction, which supports the symmetrical and pre-programmed perfection of productions from previous decades, with pastel and vivid tones – it is even possible to see the scenic transfusion of ‘Pleasantville’ for the show -, the imagery concern is also clearly seen in the edition, whose multiple parallel narratives often encounter flashbacks quick and explanatory, and even an extradiegism that gives more substance to the psycho-emotional bonds between the viewers and the characters. 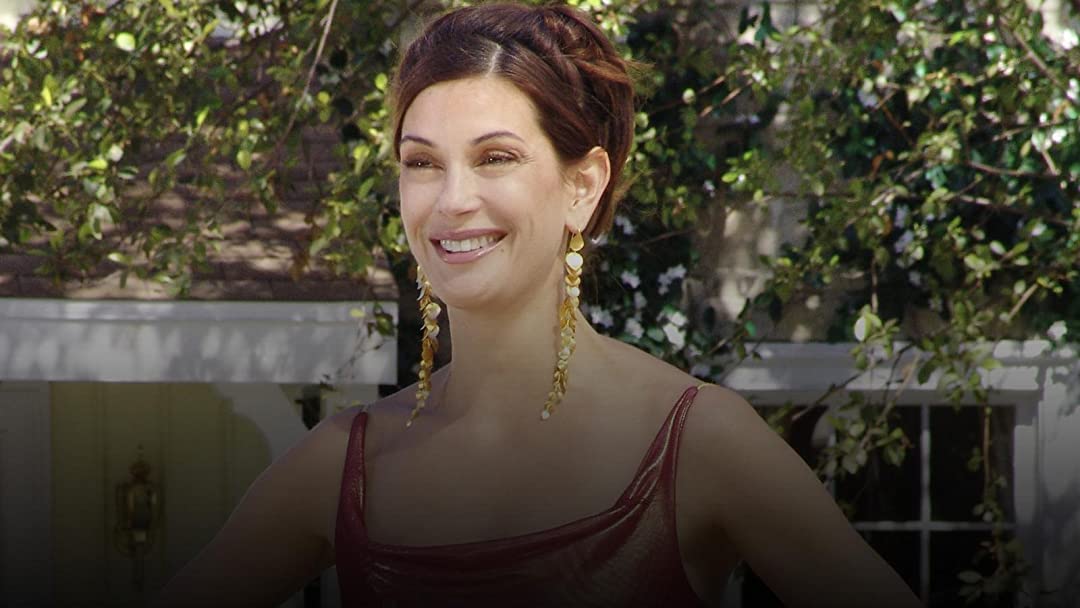 Danny Elfman is another very expressive name within the series, bringing his whimsical and fabulous abilities to a soundtrack that oscillates between a mickey-mousing structured and comprehensive, bringing a very interesting keyboard and violin, conflicting with a deeper cello for the surprises and resolutions of each of the episodes. In fact, the first season finds an extremely fertile ground to put cliffhangers in each iteration, culminating in a breathtaking “resolution” that sets the tone for next year.

‘Desperate Housewives’ perhaps he had one of the best series starts of the century, delivering us much more than he promised and making us fall in love with each of the women who live on Wisteria Lane. And really, nothing is what it seems – and not even the most candid of faces are free from committing dubious acts in order to save their own skin.

‘Batgirl 2’: Leslie Grace Reveals First Movie Is ‘INSANE’ and that DC Already Has Plans for a Sequel

'The Valet': Eugenio Derbez and Samara Weaving are a couple in the first images of the comedy; Check out!

Final episodes of ‘The Walking Dead’ get EXPLOSIVE trailer