‘Thor: Love & Thunder’ | Check out the best moments from the teaser

After many fans thought the trailer would only come as a post-credits scene from Doctor Strange in the Multiverse of Madness, Thor: Love & Thunder launched its teaser and it’s already the most talked about topic on the internet. Despite bringing visually epic moments and bringing several new features to the MCUthat playful tone characteristic of the director and screenwriter, Taika Waititi, remains strong in the material. That’s why we’ve separated the best moments from the teaser for you to enter once and for all hype for the movie. Check out! 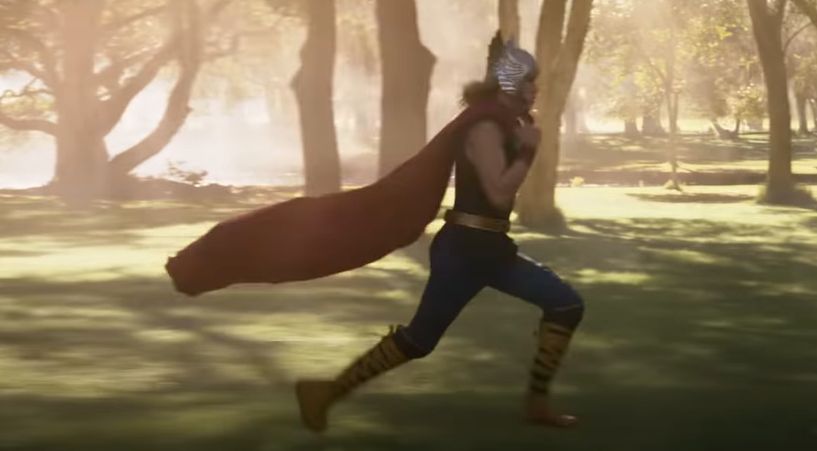 O teaser starts with a passage of time Thor (Chris Hemsworth) from childhood to adulthood. In the midst of this run, he wears various outfits, including the classic ’60s comic book look. easter egg those.

The video unfolds to the sound of Sweet Child O’ Minedo Guns N’ Roses, while Thor talks about finding out who he really is. The song was written for the singer’s ex-wife. Axl Rose, Erin Everly, who was the great love of the singer’s life. Axl’s childhood was full of trauma, but still the song begins by saying that his lover’s smile reminds him of the few happy moments of childhood. I’m highlighting this music story because this movie will bring Jane Foster (Natalie Portman), which was the great love of Thor in the cinemas, but that did not continue because of the interplanetary life of the two. Likewise, it is interesting that Thor seeks to reconnect with his past, at a time when life was still good and he had not lost everyone he ever loved, precisely his childhood.

The last time we saw Thor, he was quite chubby, sunk in a deep depression in the Earth. After resolving the conflict with Thanoshe heads to space along with the Guardians of the Galaxy. For this film, he will return to the pumped-up look and the teaser has already shown how he did it to lose weight: a heavy routine of interplanetary workout with the chains of a dead beast. However, as if that wasn’t enough to make the tone playful, it’s worth noticing the cap he’s wearing: “The Strongest Avenger”, with the font from the comics Avengers. Practically a parody of itself. 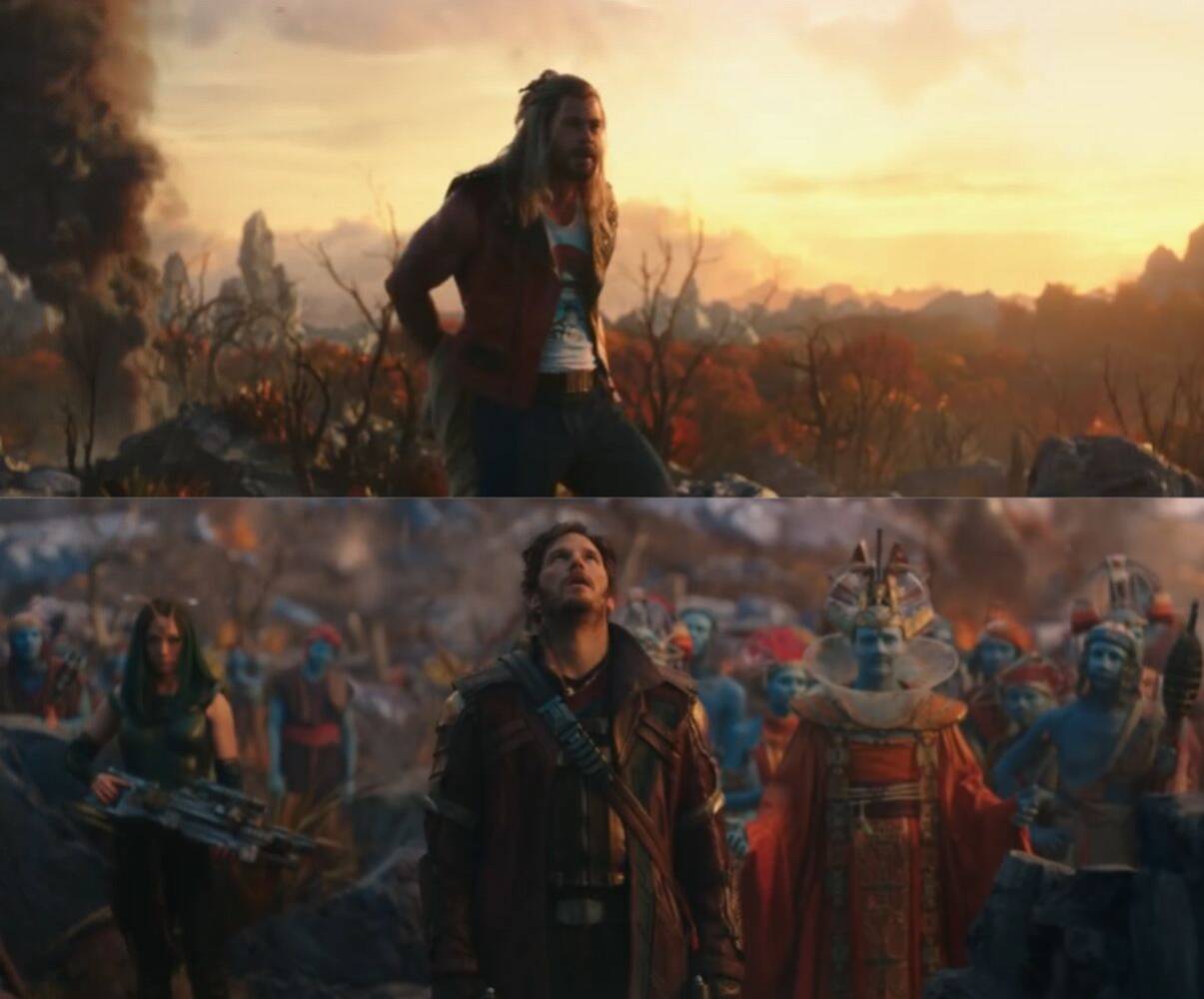 Already strong, Thor appears with the Guardians on a different planet. At that moment, Thor reveals his new look, which caused a certain strangeness in the fans when it leaked. This very 80’s footprint is not usually associated with the character. However, the tight-fitting clothes and the reaction of the star lord (Chris Pratt) delivers everything. Thor probably raided the wardrobe of Peter Quill and ripped off the sleeves of one of his red jackets, as well as picking up a cartoon pants and shirt he collects. Expect jokes about him being too strong for Quill’s clothes and the like, intensifying the ego conflict between the two.

Last time we saw, Nova Asgard was just a village in Norway with the survivors of Ragnarok. Now, however, the village is more developed and similar to the old golden kingdom, as you can see from the golden harbor and the flying ferries. It’s also worth noting that they’re being pulled by the giant flying goats, something straight out of the comics. They are part of a new fauna that came to Earth, just like Pegasus from Valkyrie.

When it was forged, the Stormbreaker was described as a weapon more powerful than the Flour. Though Thor had already used the weapon to conjure the Bifrost to get to Wakanda, little of the weapon was seen to justify this superiority of the ax over the hammer. In this frame, we see Thor in his new armor and Stormbreaker spewing out a type of energy similar to the one that surrounds the captain marvel (Brie Larson). Is it a new hero skill or just a hidden weapon power? 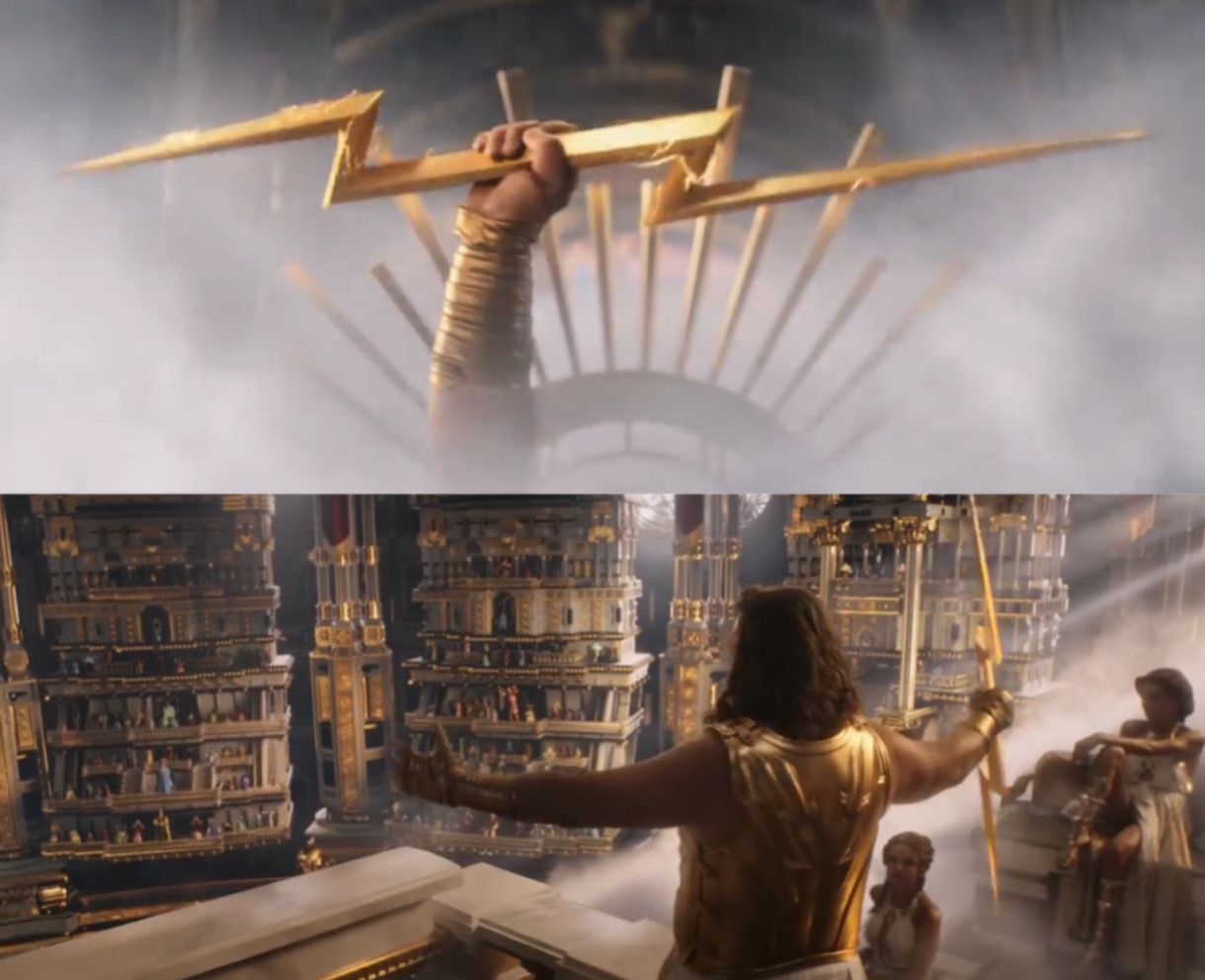 The plot of this new adventure involves Gorr, the Butcher of the Gods (Christian Bale). That is, it is likely that other deities that have been worshiped throughout human history make appearances. One that is already confirmed is the Zeuswhich will be lived by Russell Crowe. His representation in the film is another indication of the director’s playful approach. That’s because he’s being portrayed as a chubby, stuck-up king. 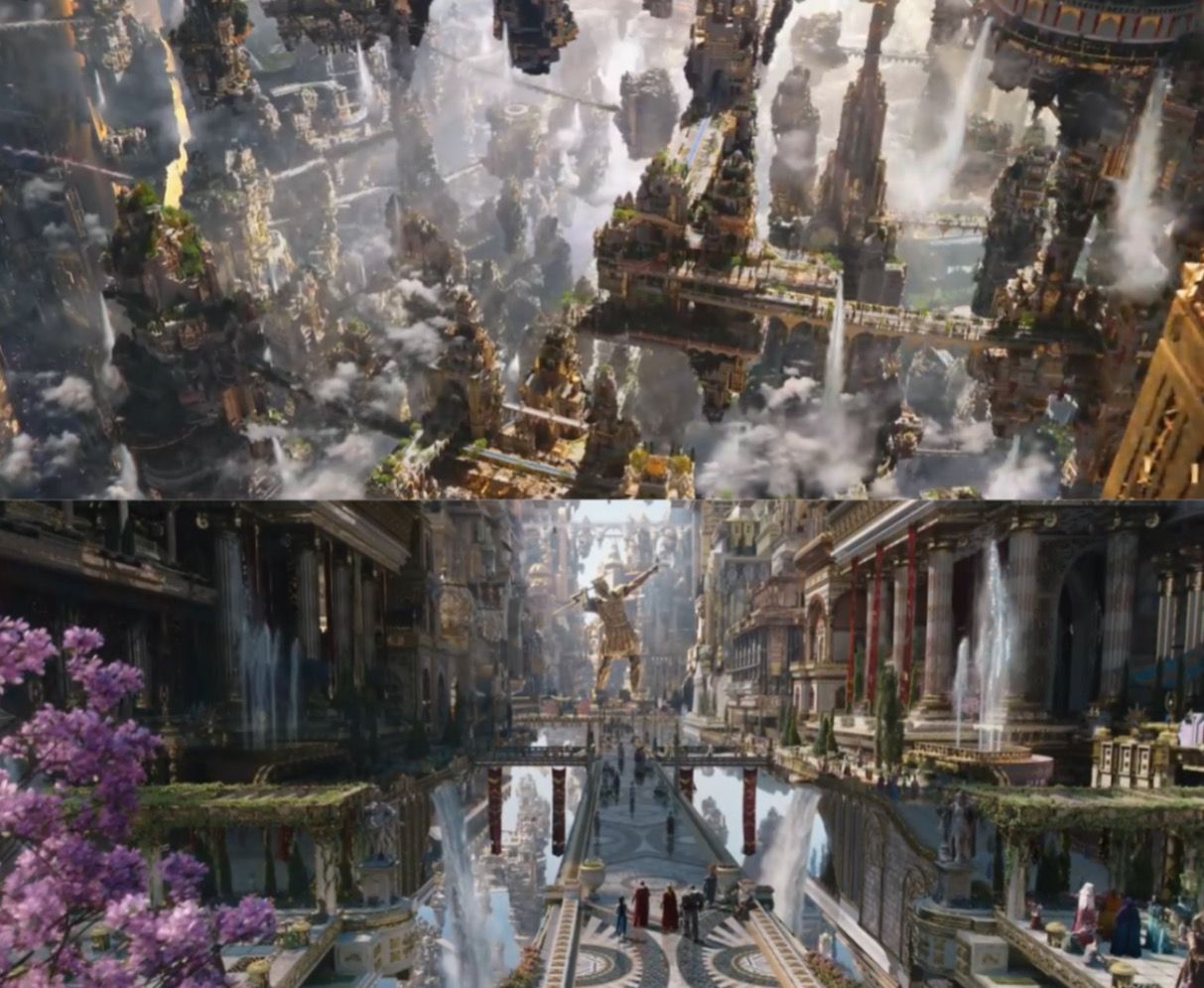 While his statue on Olympus, which will be portrayed as another planet, making the Greek gods alien, shows the god as a mottled and defined entity. Furthermore, the presence of Zeus opens a gap for the introduction of the Hercules no Marvel Cinematic Universeeven though Peter Quill’s story in Guardians of the Galaxy Vol.2 (2017) is already an adaptation of the myth of the most famous demigod in the world. At the same time, this existence of the Greek gods can go against the stories told in eternal (2021), that some of those characters in the film were Greek gods.

The Butcher of the Gods

This moment is FANTASTIC because it came straight from the HQ Thor: Butcher of the Gods, which served as the inspiration for the film’s plot. It shows Thor and Korg (Taika Waititi) facing the corpse of falligarthe god of the Galactic Frontier, left after the confrontation with Gorr.

The fidelity of the scene is frightening and gives good indications that the base material will be used more than it was. Ragnarok.

Promoted to Queen of New Asgard following Thor’s departure, the Valkyrie (Tessa Thompson) is far from the expectations he had for the position. Rather than needing to protect and fight threats from space, her role on Earth has taken her to the role of representative of a nation and now she will have common human political responsibilities such as debates, meetings and voting. Obviously, that won’t work.

The teaser also previews the Guardians’ new look. THE Big is a little higher, already indicating that we will be able to see its adult version in the next film of the group, the Rocket returned to the orange outfit of the first film, abandoning the blue suit, nebula e Mantis adopted black clothes and the Drax now he wears a bracelet that takes up his entire forearm.

When they announced the return of Mjölnir, fans bet he would be stolen from another dimension or something, but the teaser confirmed that it will be fixed by someone, maybe the dwarf himself Poison (Peter Dinklage), allowing the Asgardian weapon to choose its new wielder…

Or rather: carrier. Finally, the teaser reveals the look of mighty thorwhich is the Jane Foster. We don’t know if the story of the comics in which Dr. is being treated for cancer will be adapted for the movie, but her looks are amazing and her bench press is up to date because she is incredibly strong. It’s nice to see female superheroes who are really strong, instead of staying in the cliché of psychic powers and delicate physiques. It is also worth mentioning that they are in a moment of war and you can see a car in the background. It’s worth waiting to see if it’s a battle on Earth or just a cut made at different times in the movie just to confuse the audience. 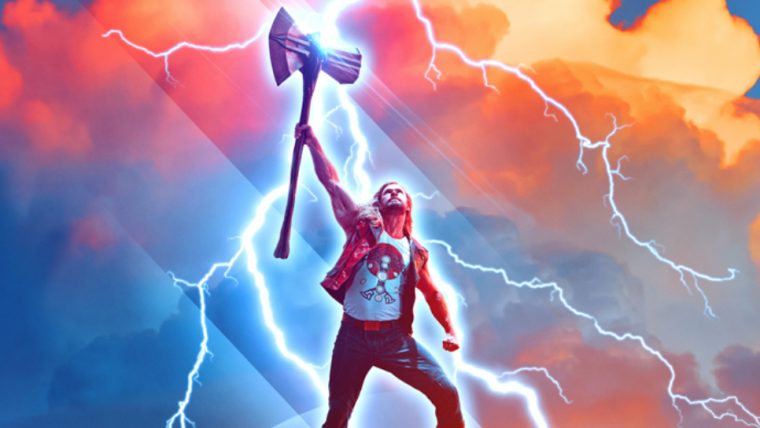 ‘The Rings of Power’: Spin-off of ‘The Lord of the Rings’ gets trailer narrated by famous Brazilians

‘Fargo’: Joe Keery, Richa Moorjani and Lamorne Morris are cast in the 5th season of the series!