Exactly one year ago, the final episode of the series Falcon and the Winter Soldier debuted on Disney+ bringing Sam Wilson (Anthony Mackie) like the new captain America do MCU. The change was the first major move from this new one to the core of Avengers at the movies. After all, now the team will have a new leader who won’t even have powers. But it is interesting to note how the series’ conduct can be analyzed from two perspectives. Oh, in case you haven’t noticed, this text contains SPOILERS from the series. If you still intend to watch it, we recommend that you only read the article after finishing production. 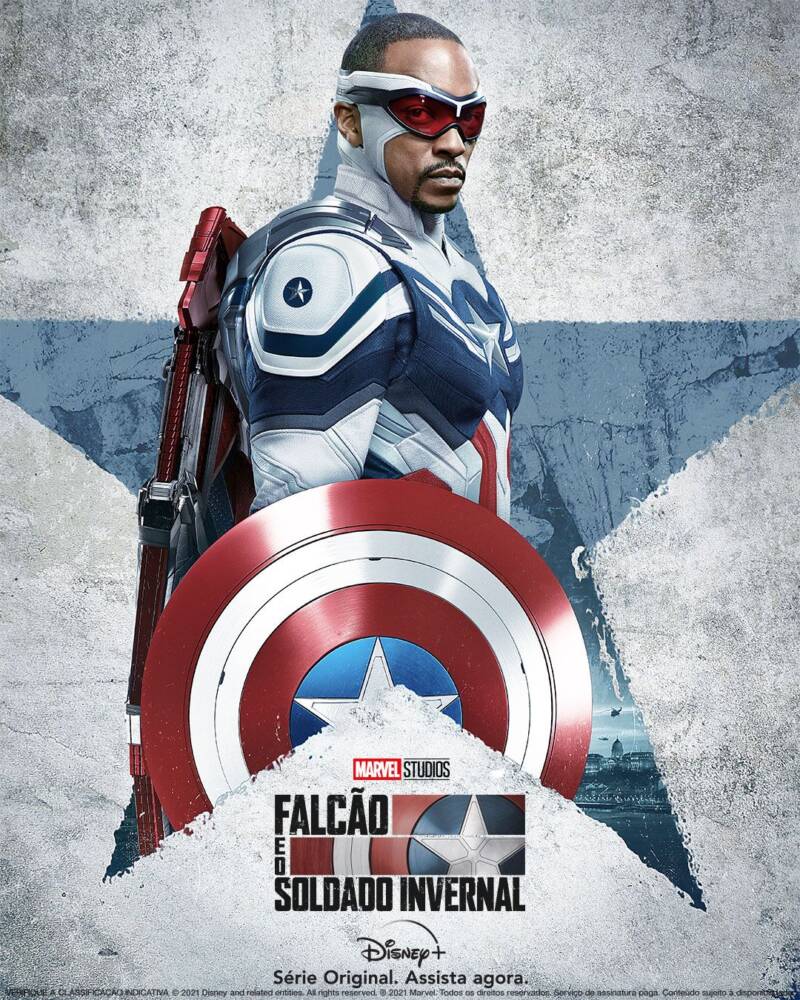 Speaking of continuity levels and following the MCU as a whole, Marvel worked on this series as a filler luxurious. Because a fan who hasn’t watched Falcon and the Winter Soldier will be able to understand when Sam Wilson appears on the big screen with his Captain America costume and shield, since his last participation on the big screen was precisely accepting the shield of Steve Rogers (Chris Evans) from Steve’s own elderly hands, back in Avengers: Endgame (2019).

This moment already hinted that he would accept the title and the “position”. However, the series delves into the issue at a time when a race war is taking place without much fanfare in the United States. Faced with so many instances of racism and xenophobia in the country, it makes perfect sense that switching from a historic US symbol to a black hero would cause controversy.

And at this point, the series has two indisputable merits. The first is to show the US government tricking Sam Wilson into giving up a shield that is not even owned by the government, implying that the weapon will be preserved in a museum, and then giving it to a white soldier who would never had the endorsement of Steve Rogers himself and that he hid war crimes in his resume.

The other merit was to bring the tragic and fantastic story of Isaiah Bradley, Captain America erased from history to cover up the crimes of the American government, for the screens. As a fan of the character in the comics, I never expected that Marvel would have the courage to bring this story to the MCU. Not only because of her strong racial character, but because she directly affects the “American Way of Life” and all that masked pro-America propaganda that some of her characters carry. And the adaptation was of an emotional fidelity, adding an important element that was not present in the comics: the rancor. In the comics, Isaiah was left mentally debilitated, having difficulty expressing emotions, leaving all the sadness and rancor for injustice to his wife to carry. By effectively giving voice to this character, the series raised pertinent questions and canonized one of his greatest recent successes. And finishing the production with him being honored and inserted into history, forcing the government to recognize his mistakes, was a huge impact. 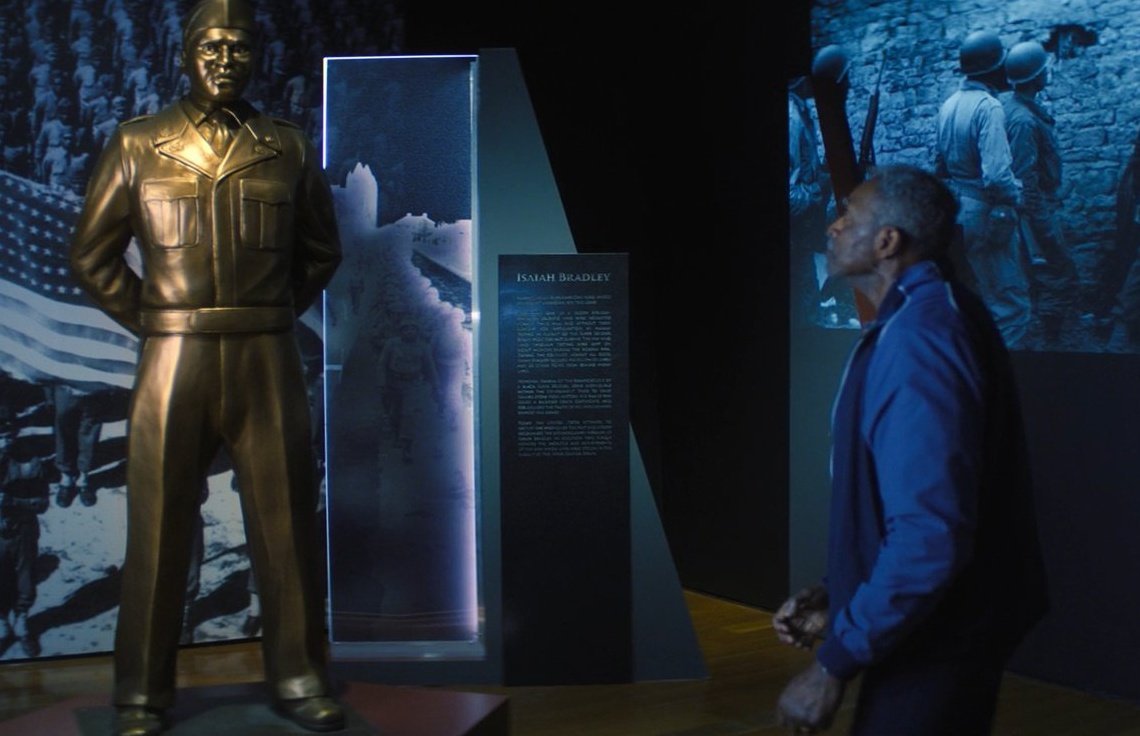 Furthermore, the duality between Bucky (Sebastian Stan) and Sam, who ooze charisma together on screen, was important to the development of both characters. Mistreated throughout his life, deprived of existing and having a conscience, Bucky closed himself in a shell that prevented him from understanding other people’s issues. This blockage also affected him, as he began to keep his torments to himself, existing as a traumatized man out of his time, extremely attached to the past.

And when he sees Sam giving up his shield, his best friend’s legacy, the Winter Soldier sees the best part of him, the only positive memory he had in his head, being handed over to anyone. This blinds him to the point of not understanding the racial issues that probed his friend and made him reluctant to accept Captain America’s legacy.

From the moment he, with Sam’s help, understands the situation and manages to resolve himself with the ghosts of the past, Bucky realizes that his friend needs support and no more questions, even more having to clean up Captain America’s legacy. , who suffered an inerasable stain with the murder of a stateless person committed in the eyes of the world by John Walker (Wyatt Russell). The scene of Sam, in tears, wiping the blood off the shield after recovering it is very powerful, because he understands that if you give in to what your enemies want, worse things can happen. It’s a painful choice for him, who accepts to carry the burden of being Captain America for something much bigger than himself. 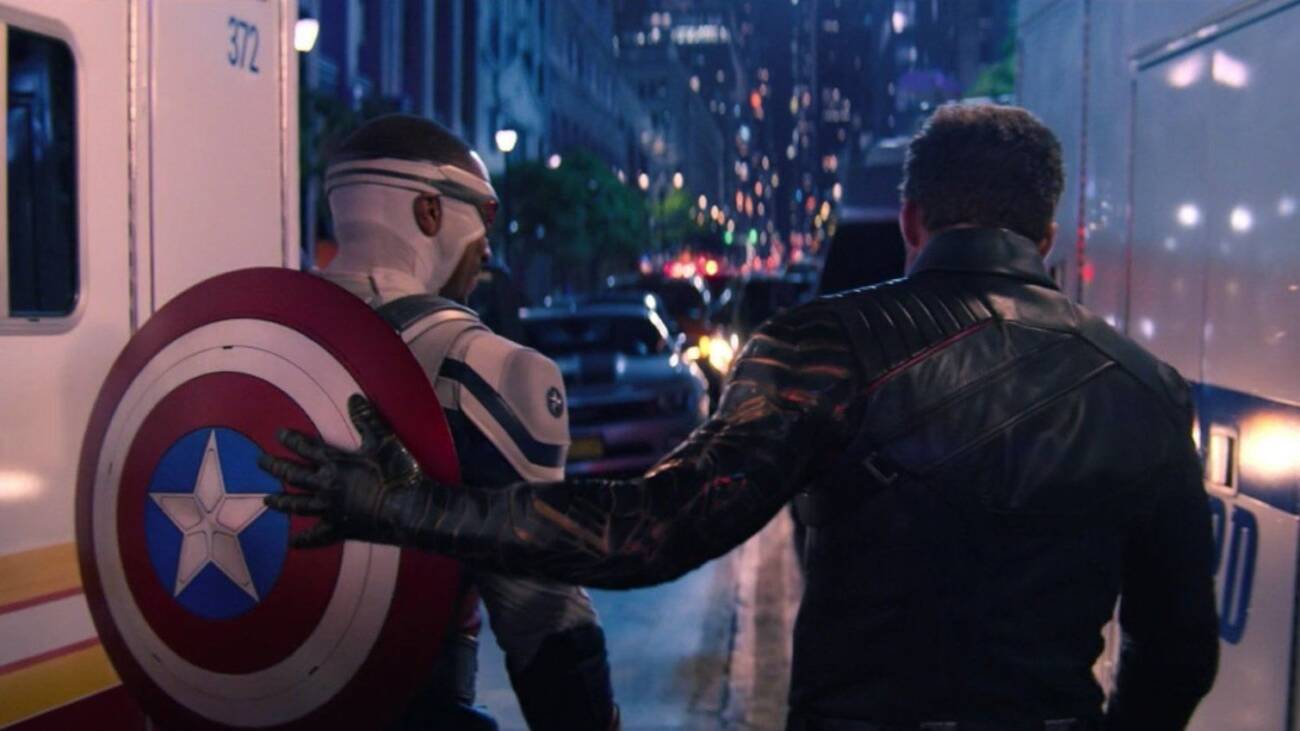 Sam knows that things are going to be harder for him, that in the figure of a black man assuming a historically white symbol, he can’t make a single mistake, otherwise they’ll fall dead on top, just as some fans did on social media when playing. hate in choosing the character to assume this mantle.

And this change of attitude is clear in the powerful final speech he makes to senators and politicians, which ends up being broadcast on TV to different corners of the world. This moment is fantastic and represents the revolutionary essence of Captain America, who got tired of facing his own government in the comics and even in the movies, showing that the right needs to be above concepts such as borders and countries. It’s a typical hero moment and done peacefully, through a speech by someone who recognizes his importance and takes the opportunity to send the warning that he won’t bow to the bad expectations they have of him just for being there in that outfit. . 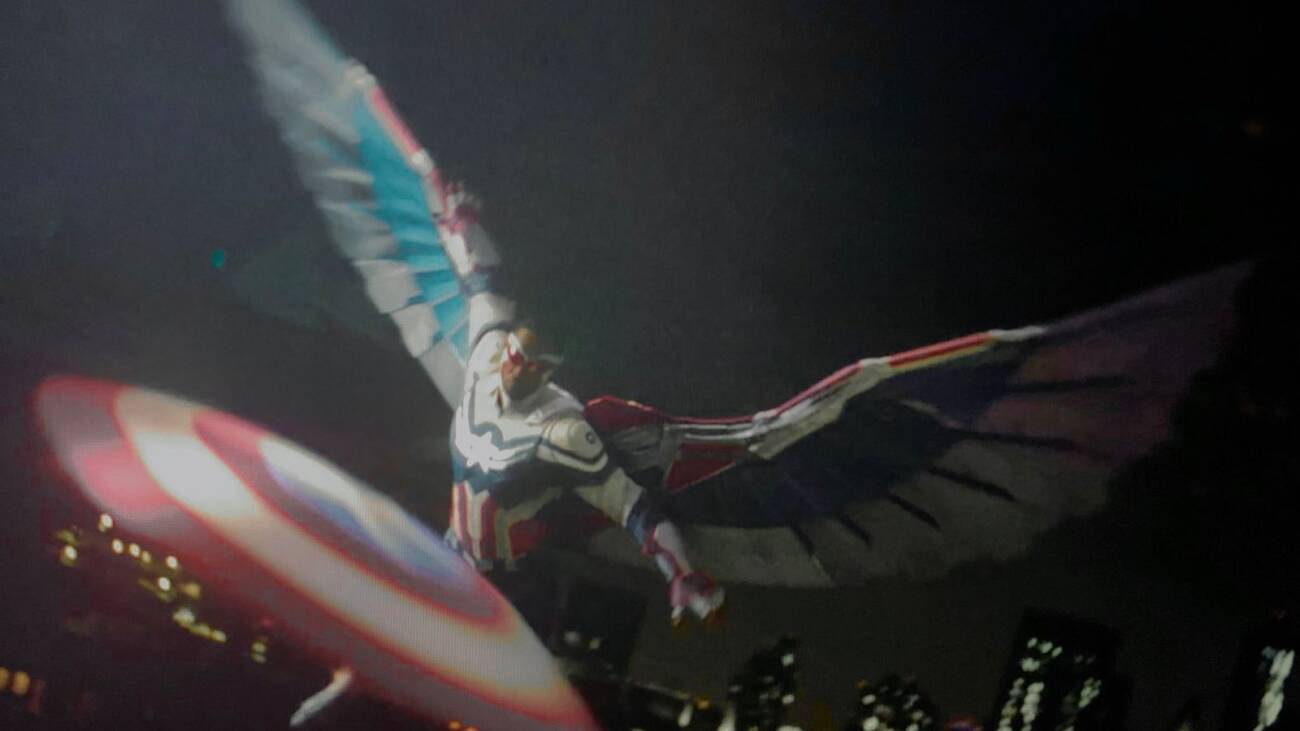 “Wants to know? You’re right. And that’s a good thing. We finally have a common fight now. Just think about it. For the first time, everyone who is begging and I mean literally begging you to feel how hard every day is. Now you feel. What is it like to feel helpless? If you remembered what it was like to feel helpless and to be faced with a force so powerful that it wiped out half the planet, you would know it would have exactly the same impact. Nobody said it’s an easy decision, senator. I’m a black man wearing the stars and stripes. What I do not understand? Whenever I lift this thing up, I know there are millions of people out there who are going to hate me for it. Until now, right here, I feel… The looks, the judgments. And there’s nothing I can do to change it. But I’m still here, no super serum, no blonde hair or blue eyes. The only power I have is to believe that we can do better. We cannot expect people to do something without us giving something in return. You control the banks! You can even move borders! They can cut down a forest with an email, they can feed millions of people with a phone call. But the question is, ‘Who is with you when you make these decisions?’ Are these the people you will impact? Or is it just more people like you? This girl died trying to stop you, and no one stopped to wonder why. You have to do better, senator! You have to impose! Because if not, the next Karli will, and they won’t want to see version 2.0… People believed in that cause so much, they helped her challenge the strongest governments in the world. And why do you think this happened? You here have as much power as an insane god or a disoriented teenager. The question that must be asked is, ‘How are we going to use it?’” said Sam Wilson, Captain America.

From that moment on, anyone who had the slightest doubt about the man’s choice to expand Captain America’s legacy has surrendered to the new leader of the Avengers, who promises to command a team even more powerful than the original team. Other than that, even without Steve’s super strength powers, Captain will now have wings and a shield, which will allow for new blows and very interesting attack combos. But the real attraction is to see how Sam’s peacemaker personality will dictate the course of the new version of Earth’s Mightiest Heroes, as Steve had a confrontational profile, while Sam seeks more to understand the other side and resolve things in conversation rather than to start a war at any time. He is more rational than passionate and this promises a very interesting approach to the hero’s future on the big screen.

Falcon and the Winter Soldier is available on Disney+.

‘The Man in the North’ Director Says Björk is the “Pop Shamanist of Planet Earth”; Understand