WHAT A CAST! CinePOP brings the first banner of ‘The Expendables 4’ straight from CinemaCon

CinePOP brings the first banner of the long-awaited ‘The Expendables 4’ direct from CinemaCon in Las Vegas, an event that will have exclusive Brazilian coverage through our website.

The official title will be ‘The Expend4bles’. 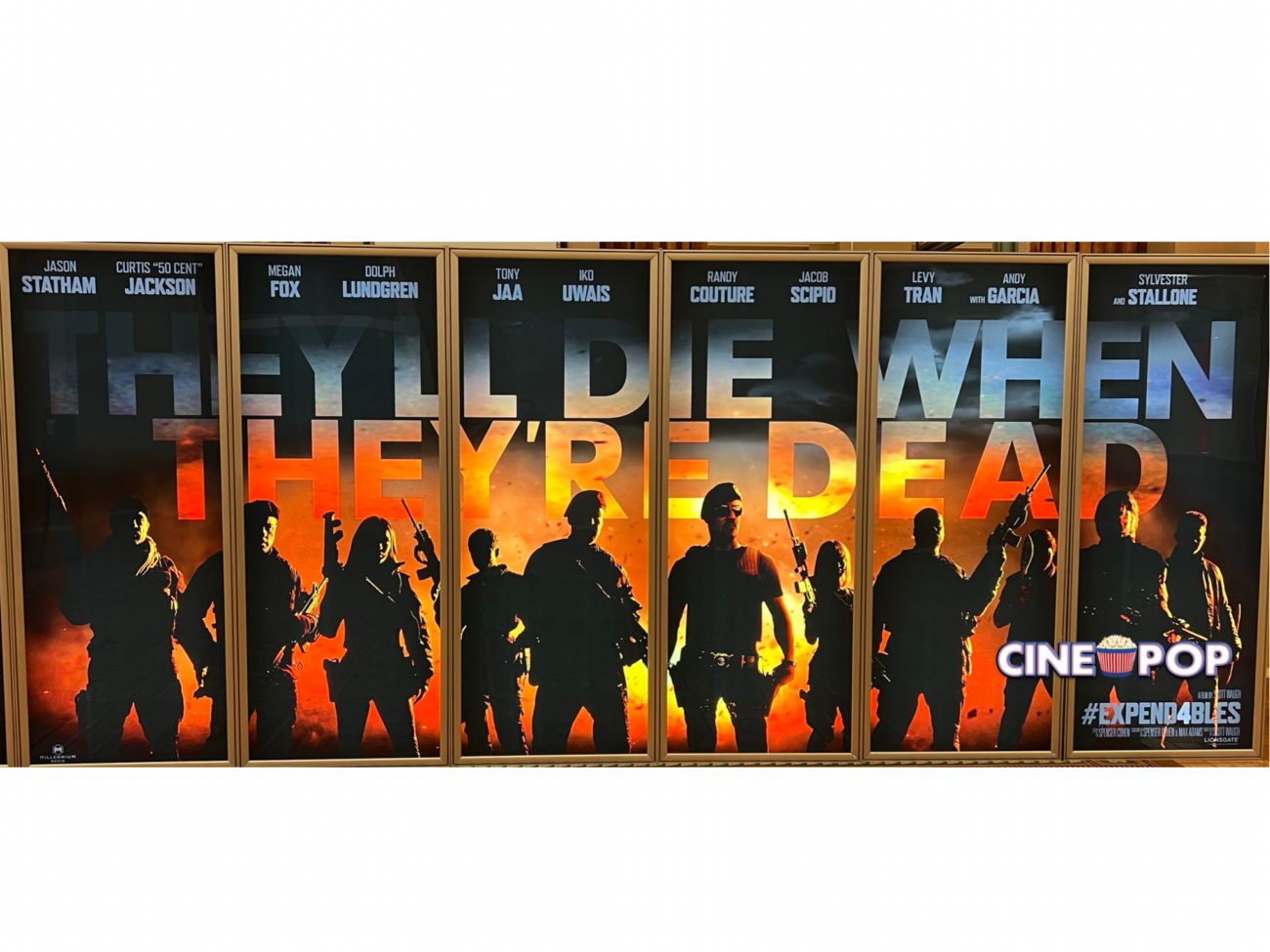 In a recent interview with the website Okayzoneor star Iko Uwais provided some comments on what we can expect from the feature – and that he was honored to share the spotlight with a number of industry veterans such as Sylvester Stallone, Jason Statham, Dolph Lundgreen e Randy Couture.

“Experience is too valuable to share even a single frame with veterans, who have a lot of it”he counts. “There are many things that we share, what we think about them, beyond expectations.”

Remembering that the next film in the franchise marks Stallone’s farewell as team leader, passing the mantle to Statham’s character.

In addition to the return of the aforementioned stars, the cast also has Megan Fox, Jacob Scipio e Andy Garcia.

The story will focus on Lee Christmas (Statham), who will live an adventure alongside Fox’s character.

Scott Waugh (‘The Power and the Impossible’) will direct, from a script written by Spenser Cohen and reviewed by Max Adams e John Joseph Connolly.

“We are excited to team up with our partners at Millennium Media for the newest sequel to the ‘The Expendables’ franchise,” declared Jason Constantinepresident from Lionsgate. “It’s so much fun to bring these stars together for an action-packed movie. The new sequel will be our biggest adventure yet.”

New information should be released soon.

‘The City Is Ours’: Action miniseries with Jon Bernthal gets subtitled trailer; Check out!

'The City Is Ours': Action miniseries with Jon Bernthal gets subtitled trailer; Check out!

‘A Órfã 2’ gets premiere date in Brazil

This is pure cinema! Discover the top games that inspired Hollywood