Zac Efron Says He Got DEPRESSED While Filming ‘Baywatch’

However, the star confessed to IndieWire who developed various disorders while trying to sculpt a ‘perfect body’.

Among the side effects of exaggerated bodybuilding, Efron said that he was transitioning between insomnia and depression because of the change in his metabolic rate.

Throughout the interview, he also warned about the image that Hollywood tries to convey, always promoting him as a heartthrob, as he has acted in many films that relied on his good looks.

His comments ignite a fresh critique of the unrealistic expectations Hollywood and popular culture place on celebrities.

“To be honest, I started to develop insomnia and fell into a deep depression for a long time, which was difficult to get out of. Something about that experience consumed me. I had a hard time getting back to being myself. During training, they influenced us to take a lot of diuretics for a long time, and that killed me.”

“Despite looking healthy, I felt weak all the time. This look of ‘Baywatch’, I don’t know if this is something really achievable in real life. There is very little water on the skin. When I see myself in this movie, it looks like my body is fake, like it’s CGI. I was subjected to an effort I would not dare to repeat. I don’t need to do this. I’d rather have an extra bit of body fat.”

For those who don’t know, the film is a retelling of the classic eponymous TV series aired between 1989 and 1999.

The film follows devoted lifeguard Mitch Buchannon (Johnson) as he clashes with a brash new recruit (Efron). Together, they uncover a local criminal plot that threatens the future of the Bay.

Remembering that the next film of Efron It is ‘Operation Beer‘ (‘The Greatest Beer Run Ever’), which debuts on Apple TV+ em September 30th.

To show support for his neighborhood friends who are fighting in Vietnam, Chickie Donohue (Efron) decides to do something totally unexpected: travel alone to the front lines to bring the soldiers a little piece of home – their favorite beers. However, what started out as a well-meaning journey quickly turns into the adventure of a lifetime as Chickie confronts the reality of this controversial war and his reunions with his childhood friends thrust him into the complexities and responsibilities of adulthood.

Directed by Peter Farrelly (‘For Adults’, ‘Love in Game’), the film also has Russell Crowe (‘Les Miserables’, ‘A Beautiful Mind’).

Based on an incredible true story, ‘Operation Beer‘ is a heartfelt coming-of-age tale about friendship, loyalty, and sacrifice. 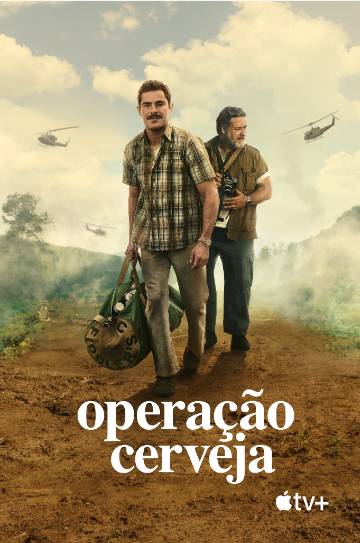 Approval of live-action ‘Pinocchio’ drops to 30% on Rotten Tomatoes; Check out the reactions!

Approval of live-action 'Pinocchio' drops to 30% on Rotten Tomatoes; Check out the reactions!