Katherine McNamara and Matt Barr print a BEAUTIFUL poster for the prequel of ‘Walker’; Check out!

Debut scheduled for october 06 already CW‘Walker: Independence‘ brings Katherine McNamara (‘Arrow’) as a woman seeking revenge after her husband’s murder, while Matt Barr (‘The Layover’) lives a rogue in search of a purpose.

Now that there’s only a month to go until the prequel to the beloved reboot of ‘Walker‘, the network released a beautiful poster highlighting the duo of protagonists.

Check it out, along with the teaser: 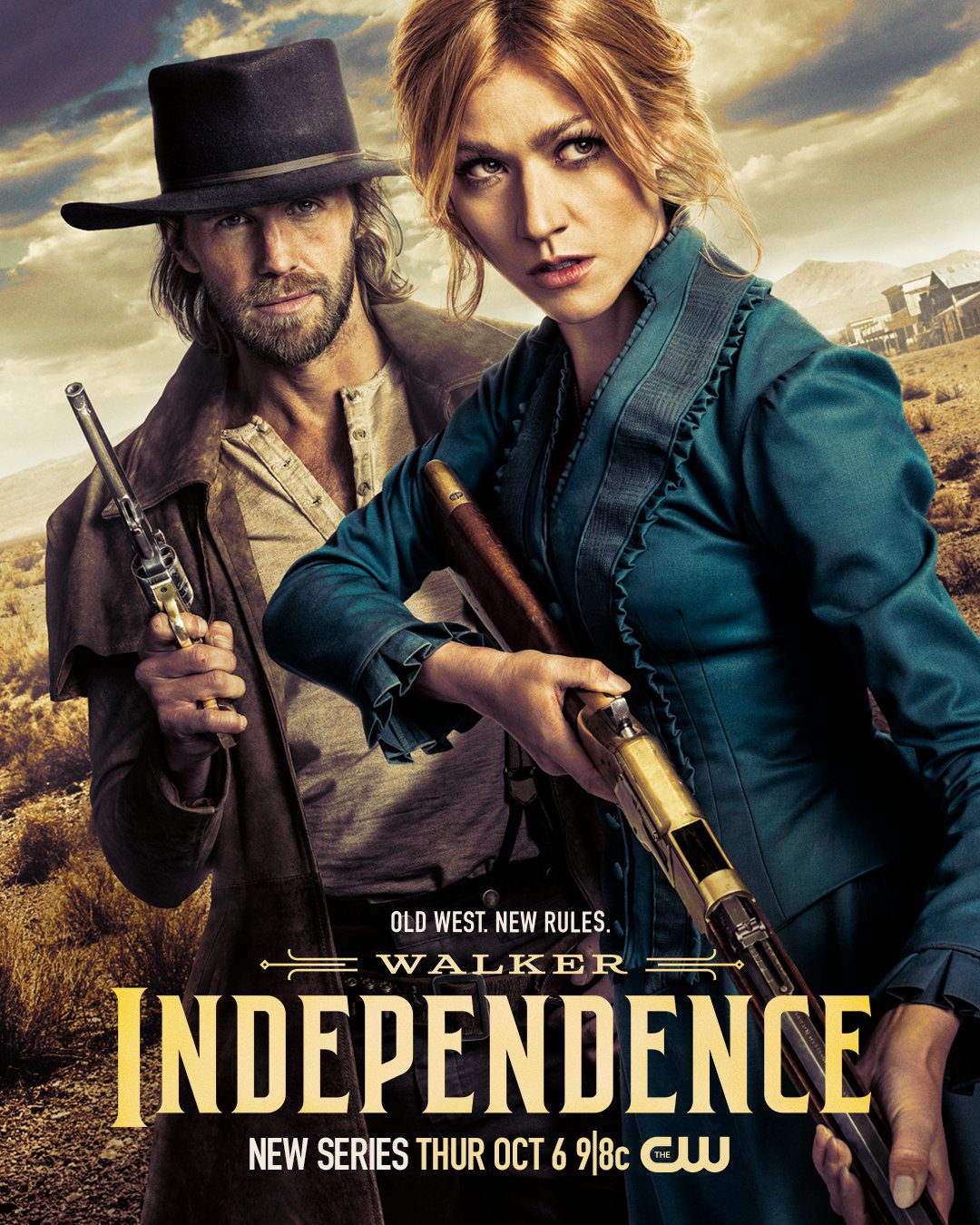 The production is set in the 19th century and follows Abby Walker (Katherine McNamara), “a wealthy Boston woman whose husband is murdered before her eyes during her journey west. In her quest for revenge, Abby crosses paths with Hoyt Rawlins (Matt Barr), an amiable rogue in search of a purpose. Abby and Hoyt’s journey takes them to Independence, Texas, where they encounter many eclectic residents fleeing their own troubled pasts and chasing their dreams.”

Hoyt, meanwhile, is described as a charming, slippery, gambler outlaw who lurks in the city of Independence. Convinced, confident, brash and a little reckless, he’s been having a complicated affair with Lucia Montero, the daughter of the local rancher – but after meeting Abby, he seems to have frozen in time, coming to realize that she can help him get out of trouble. life of crime.

Lawrence Kao (‘Wu Assassins’, ‘The Originals’) e Greg Hovanessian (‘Another Life’, ‘When Hope Calls’) will also be part of the production as Kai and Tom Davidson, respectively.

Seamus Fahey is responsible for the script alongside Frickewhich is the showrunner.

‘The Legend of the Lost Treasure’: Nicolas Cage may appear in future seasons of the series

'The Legend of the Lost Treasure': Nicolas Cage may appear in future seasons of the series

12 Dear Series that were CANCELLED by Netflix in Season 1

The End of ‘Paranormal Activity’! After a failed reboot, Jason Blum doesn’t want any new films in the franchise…