Having a film selected for a major international film festival is the kind of seal that makes a production stand out in a universe of thousands of titles from other countries every year. When a film is selected for two important festivals, then, it means that this production really has something different that deserves the attention of the public, wherever it may be. That’s how the long Slovak ‘Nightsiren‘ Arrived to River Festival this year, after being also shown by Locarno Festival.

When I was a child, Charlotte and her younger sister, Tamara, lived in a cabin in the woods with their mother and father, who was abusive to their mother. One day, she was upset by an event and determined to run away from home, Charlotte you know, com Tamara in pursuit, but something happens that causes Tamara to lose her balance and fall off a cliff. Confused, desolate and, above all, determined, Charlotte goes on, returning to the village years later, as an adult, in an instinct to look for what would have happened to her sister. Back to your place of origin, Charlotte (Natalia Germans) will have to face the rooted customs of the population and rediscover friendships left in the past.

At nearly two hours in length, the length of this film perhaps plays against the meaning of ‘Nightsiren’. The first sequence of the feature brings this scene from the protagonist’s past, and then we already have her back in the village of origin; henceforth, the roadmap Barbora Namerova e Tereza Nvotová happens to rebuild to life of Charlotte like a puzzle that she herself doesn’t know, making the viewer’s life a little difficult, for more than half of the feature making us wonder why the genre terror. But then, when the whole thing really starts to happen, we understand that the motto of ‘Nightsiren’ uses the reality of women and the feminine itself as an argument for the construction of a climate of suspense that starts to squeeze the life of this protagonist as she tries to transit through the sexist, misogynist, ultra-religious and prejudiced village that does not tolerate female freedom and individuality at any time.

To that end, the director Tereza Nvotová part of the daily drama of a young woman in search of the roots of her past to make the conflict of ideologies the main catalyst of the tragedies in her feature. From a more open and bright setting in the first half to a dark and mystical second part – which takes us back to stories like the ones seen in ‘The witch’, ‘Midsummer‘ and the like – Tereza Nvotová demonstrates, with the simplicity of his film, that the worst terror in a woman’s life is to be a woman in a conservative society.

With beautiful scenes from witchcraftmysticism and a climate of thriller cooked in a bain-marie, ‘Nightsiren‘ confirms the expectations created by his time at film festivals, bringing to the public an aesthetically impacting and visceral story. It is the horror and suspense cinema of the European mountains proving, once again, that it has a lot to offer to the imagination of fans of the genre. 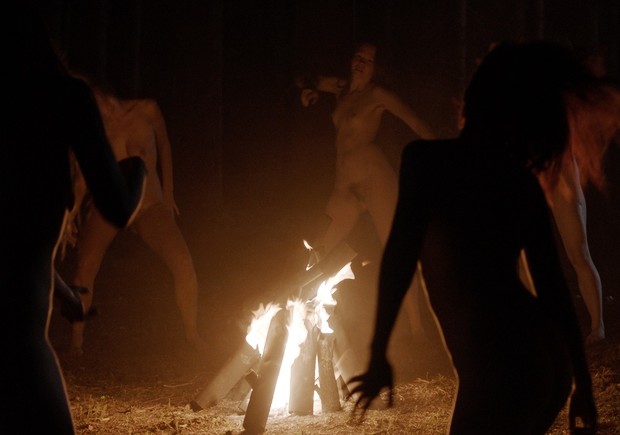 James Cameron Criticizes Immaturity Of Marvel And DC Characters: “It Seems Like Everyone’s In College”

James Cameron Criticizes Immaturity Of Marvel And DC Characters: "It Seems Like Everyone's In College"

Review | ‘Dragon Ball Super: Super Hero’ – Bet on nostalgia with the duo Gohan and Piccolo back in the fight