Will ‘Chucky’ get a season 3? Series creator talks about what to expect in the future of the franchise….

The 2nd season of ‘Chucky’ came to an end on the last day November 23 and has already left fans yearning for more episodes.

In a recent interview with ComicBook.comthe creator Don Mancini commented on the future of the franchise and what the next production cycle has in store for audiences. And yes, he is already developing the third season.

“It’s an interesting hook that we left it at that, because now these kids know how to deal with Chucky. […] So we basically have these characters, who have aged as children and also as survivors of Chucky. They know the truth. They must have a more solid offense than before now. I think this was a really fun place to bring them.”he counts.

Previously, Mancini spoke about the possibility of sending Chucky into space, leading us to believe that he is not ruling out the idea.

“I never felt like there was a limit to what I could do with Chucky. He’s a very versatile character and fits into many tones and genres – be it horror, comedy or a mixture of both. I believe the character is complex enough to go anywhere…even space. Although I gave this idea as a joke, I believe it would make a fun movie.”

He completes, “When [as franquias de terror] send their villains into space, it’s usually an indication that they’ve gone too far. But who wouldn’t want to see Chucky in a little astronaut suit?” 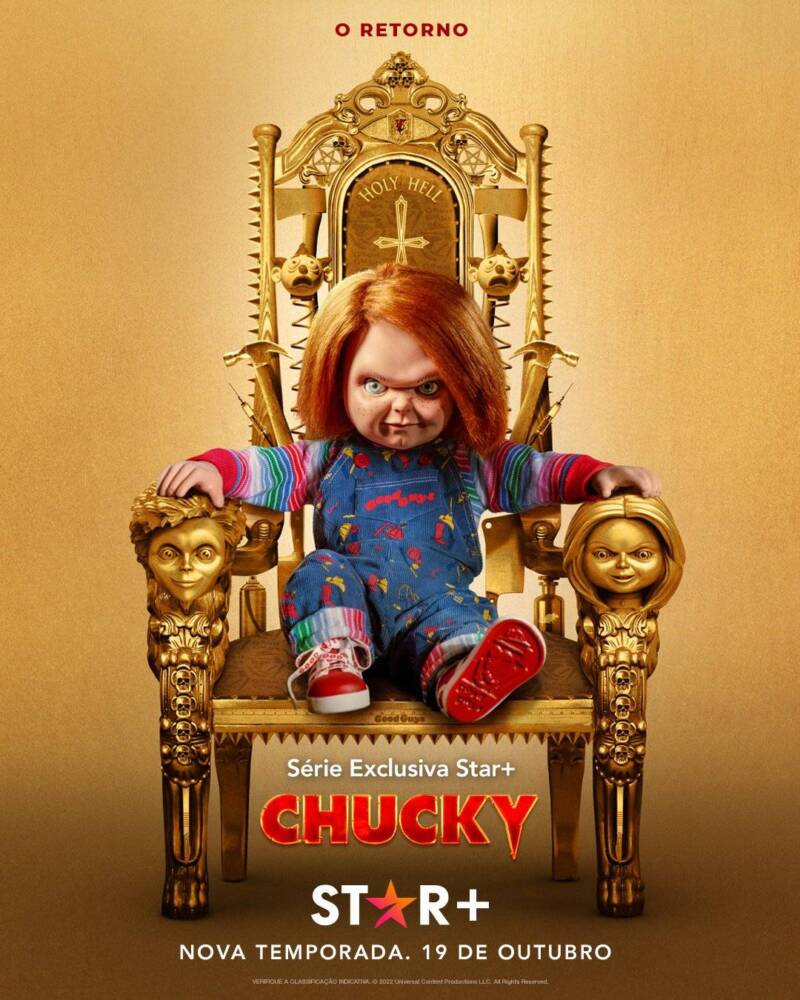 Who’s WHO in the ‘Scream 6’ leaked image? We reveal the description of the characters!

Who's WHO in the 'Scream 6' leaked image? We reveal the description of the characters!

‘The Vampires of Salem’ Adaptation Will Be Scary and Faithful to Stephen King’s Book, Says Actor